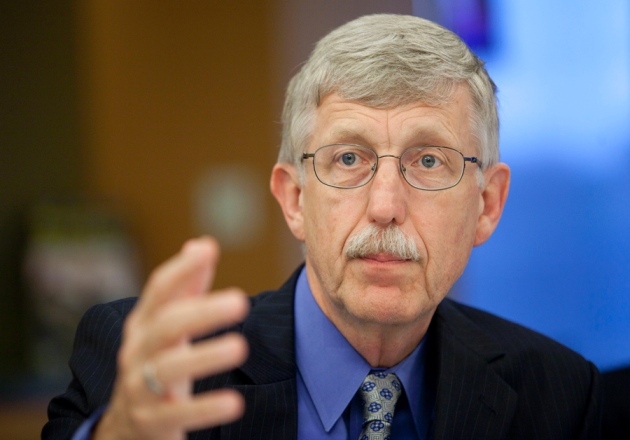 The last few years have been rough for the US National Institutes of Health (NIH). The agency’s flat budget — which is actually decreasing when the rising cost of doing research is taken into account — has forced director Francis Collins and his staff to make tough choices about which programmes to support. No matter what they choose, it is likely to make someone unhappy.

Collins has remained upbeat and hopeful that the situation will turn around, even as he warns the US Congress about the risk that the United States will fall behind in biomedical research. Nature recently caught up with Collins to talk about how the NIH is adapting.

In December, you appointed the NIH’s first data science officer. Can big data be applied to the current funding situation?

With some trepidation, we’re starting to look at the long-term productivity of the grants that get funded to see whether there are any kinds of metrics that you might use to assess the vibrancy of a field. We have within [the director’s office] a portfolio analysis component with a lot of very sophisticated tools for doing text mining and other kinds of network assessment for how our community is functioning. And not just retrospectively, maybe we can also look prospectively: if you text mine abstracts that are being submitted to meetings, for instance, you get a sense of what’s emerging as an area that maybe we should pay attention to and be sure we are ready for.

I am not quite sure how it's all going to shake up, but it is a kind of analysis that probably wouldn’t have been possible five years ago, and it does seem to justify a hard look. Obviously there is some potential there to get various parts of the community riled up if it isn’t done really well. But I think it is an opportunity and responsibility, especially when things are so tight. You just cannot afford to be lazy about this.

A recent analysis from the National Institute of Neurological Disorders and Stroke found that it is funding less basic science than ever before. Is that finding real, and should we be concerned?

A lot of this is because we are learning so much more about the molecular basis of disease. Almost every pathway now has illnesses that have been attached to it, but most of them are rare diseases where you have a genetic mutation. So maybe some of that is just the evolution of our knowledge. I would be worried if there is a message out there that basic science with no connection to a disease is somehow less valued, because I don’t feel that way at all. That’s our future, that’s been our future. But I also would be uncomfortable if people who are doing basic science somehow felt that they had lost their purity if they began to connect their research with a disease that fell into the same pathway, where they might be able to make a useful connection.

I know that I may be part of [basic scientists'] anxiety because of being somebody who is excited about translational science and who had some role in starting the National Center for Advancing Translational Sciences (NCATS) as a hub for that sort of activity. Every chance I get, I try to make it clear that [NCATS] is just trying to make sure that we make the most of these discoveries, not shift the balance of funding. NCATS was basically cobbled together by taking other programmes within other parts of the NIH and assembling them into a central hub. There is almost no new money there at all.

One criticism of the NIH that we have been hearing a lot is that it is training too many scientists when there are not enough jobs. Do you agree?

I would argue that we don’t know. Quite surely our biomedical research work force study a couple of years ago did show that only about a quarter of the people that we trained ended up in tenure-track academic positions, although most of them assume that’s what they are being trained for.

Maybe you could argue that if we are bringing more people on board in a research-intensive university, we need to clarify that there aren’t enough [tenure-track] positions for that to happen. But there are lots of other opportunities out there that we need to expose students to that may be beneficial for many of them anyway. And they are not “alternative careers,” they are just careers. So I would be loathe at the moment to say we have enough data to be able to dial up or down our training pipeline.