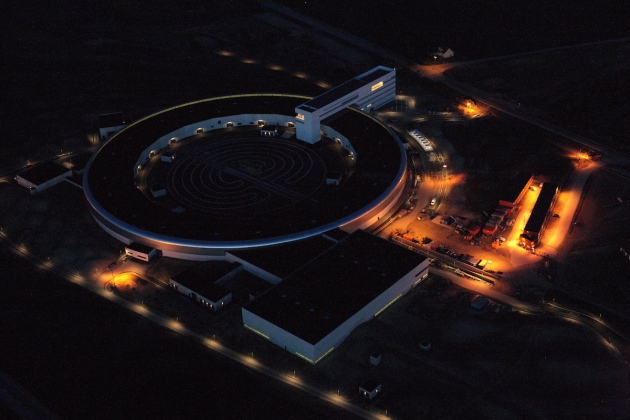 Electrons have begun circulating in a synchrotron in Lund, Sweden, in what researchers hope marks the start of a new era for X-ray science.

Synchrotrons are particle accelerators that produce X-rays that are used in research ranging from structural biology to materials science. The next generation of this technology promises to lower the costs of X-ray-light sources around the world, while improving their performance and enabling experiments that were not possible before.

At 10 pm local time on 25 August the first bunches of electrons began circulating inside a new 528-metre-long, 3 gigaelectronvolt (GeV) machine at the MAX IV facility in Lund, project director Christoph Quitmann told Nature. MAX IV is the first ‘fourth-generation’ synchrotron in the world.

“It means that something fatal has not happened early on,” says Robert Hettel, an accelerator physicist at SLAC National Accelerator Laboratory in Menlo Park, California. “Many rings in the past have had a hard time reaching this early milestone.”

“Getting the first beam is an absolutely crucial first step” in demonstrating fourth-generation technology, says Chris Jacobsen, an X-ray physicist at the Argonne National Laboratory in Lemont, Illinois. He adds that MAX IV is “leading the world towards a new path in synchrotron light sources”.

In synchrotrons, bunches of electrons circulate at nearly the speed of light inside a ring-shaped vacuum tube. Powerful ‘bending’ magnets steer the electrons around the rings and ‘focusing’ magnets push them together against their mutual repulsion. The electrons then pass through special magnets that shake them sideways to produce pulses of X-rays, known as synchrotron radiation.

Fourth-generation light sources promise to squeeze the electrons into tighter bunches, leading to X-ray pulses that concentrate more photons into a tighter, brighter beam. This will enable researchers to do experiments that could take days on a third-generation machine in mere minutes, Jacobsen says.

Eventually, beams from fourth-generation machines could enable materials scientists to observe chemical reactions inside a battery as they happen, or structural biologists to reveal the structure of proteins from smaller protein crystals than those necessary at existing light sources.

The crucial innovation of the fourth-generation machines is to employ a narrower vacuum pipe to circulate the electrons in. In MAX IV’s case, the pipe is 22 millimetres across, about half as wide as a typical existing synchrotron. This makes it possible to get stronger magnetic fields using more compact bending and focusing magnets, which are also less expensive and can consume ten times less electricity than third-generation systems because of their smaller size.

But keeping such a narrow pipe free of air would not have been possible using conventional high-vacuum pumps alone. MAX IV borrowed a technology from the Large Hadron Collider (LHC) at CERN, Europe's particle-physics facility near Geneva, Switzerland, which circulates protons rather than electrons. The LHC's trick — now adopted by MAX IV — is to coat the inner surface of the pipes with a special alloy that absorbs any gas molecules air that happens to bounce around inside the tubes.

“The Swedes should be very proud of their innovative fabrication techniques, which lower the cost of making these machines,” said physicist Herman Winick, a veteran synchrotron builder at SLAC.

In the next few weeks, the MAX IV team will have to test that they can circulate the large number of electrons that will be necessary to produce high-quality beams of X-rays, Hettel says. And in subsequent months, they will build eight experimental stations, or beamlines, around the synchrotron, which they plan to open on 21 June 2016, a date chosen for the symbolism of the summer solstice.

The synchrotron that fired up on 25 August is the larger of two that MAX IV is building; the smaller fourth-generation machine will produce electrons of 1.5 GeV for making ‘softer’, or less energetic, X-rays. The combined cost of the machines and of the first eight beamlines will be 4.5 billion Swedish kronor (US$530 million), Quitmann says, which is being paid for by the Swedish government.

Quitmann says his team reached "a major milestone last night". But, he adds, “We have still a long way to go.”

This article originally said that the synchrotron would open on 20 June 2016 instead of 21 June. It also gave the wrong main affiliation for Chris Jacobsen (although he at Northwestern University, his primary appointment is at Argonne National Laboratory). The text has been corrected.