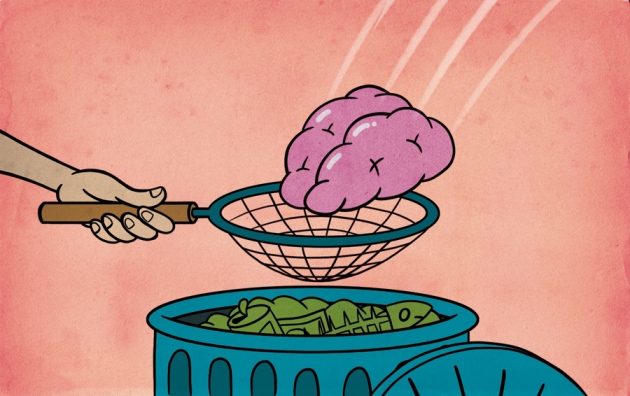 Launched in October 2013, the Human Brain Project (HBP) was sold by charismatic neurobiologist Henry Markram as a bold new path towards understanding the brain, treating neurological diseases and building information technology. It is one of two 'flagship' proposals funded by the European Commission's Future and Emerging Technologies programme (see go.nature.com/icotmi). Selected after a multiyear competition, the project seemed like an exciting opportunity to bring together neuroscience and IT to generate practical applications for health and medicine (see go.nature.com/2eocv8).

Contrary to public assumptions that the HBP would generate knowledge about how the brain works, the project is turning into an expensive database-management project with a hunt for new computing architectures. In recent months, the HBP executive board revealed plans to drastically reduce its experimental and cognitive neuroscience arm, provoking wrath in the European neuroscience community.

The crisis culminated with an open letter from neuroscientists (including one of us, G.L.) to the European Commission on 7 July 2014 (see www.neurofuture.eu), which has now gathered more than 750 signatures. Many signatories are scientists in experimental and theoretical fields, and the list includes former HBP participants. The letter incorporates a pledge of non-participation in a planned call for 'partnering projects' that must raise about half of the HBP's total funding. This pledge could seriously lower the quality of the project's final output and leave the planned databases empty.

With the initial funding, or 'ramp-up', phase now in full swing, the European Commission is currently evaluating the HBP directors' plan for the larger second part of the project. This offers an opportunity to introduce reforms and reconciliation. Here, we offer our analysis of how the HBP project strayed off course and how it might be steered back.

The roots of crisis

The HBP blends two styles. One comes from a history of successful interdisciplinary collaborations in the European Union in brain- and neuron-inspired computation1. The second originates from a computational research programme, the Blue Brain Project2, initiated by Markram in 2005 (see 'Brain activity'). This collaboration between the Swiss Federal Institute of Technology in Lausanne (EPFL) and the IBM computing corporation aimed to build large-scale 'bottom up' numerical simulations of a rat's neocortical column, a set of about 100,000 neurons considered to be a functional unit within the brain.

Timeline of the Human Brain Project. 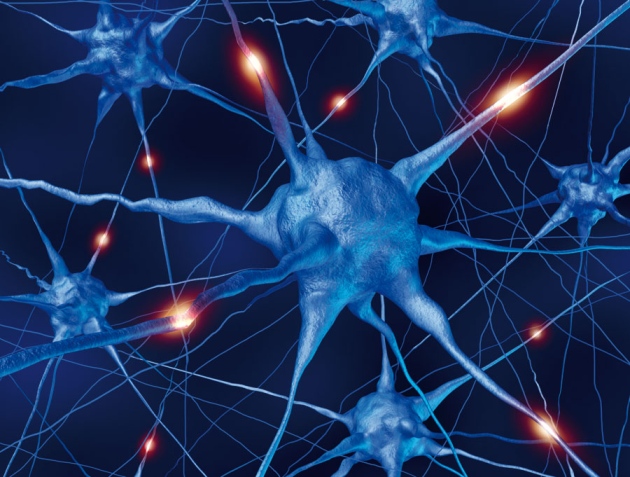 May 2005
Neurobiologist Henry Markram launches the Blue Brain Project, led by IBM and the Swiss Federal Institute of Technology in Lausanne (EPFL).

July 2009
Markram publicizes his vision to build the brain in a supercomputer.

April 2012
European neuroscientists sign on to a proposal for a brain project.

January 2013
The Human Brain Project (HBP) is selected as a winning flagship proposal, along with a project on graphene.

October 2013
The HBP launches, coordinated by Markram at the EPFL.

July 2014
European researchers write an open letter (now with about 750 signatories) to the European Commission, decrying shifting goals and lack of transparent leadership.

The crisis results mainly from ambiguities concerning the place of neuroscience in the HBP. From the beginning, neuroscientists pointed out that large-scale simulations make little sense unless constrained by data, and used to test precise hypotheses. In fact, we lack, among other resources, a detailed 'connectome', a map of connections between neurons within and across brain areas3 that could guide simulations. There is no unified format for building functional databases or for annotating data sets that encompass data collected under varying conditions. Most importantly, there are no formulated biological hypotheses for these simulations to test4.

Many scientists also feared that the HBP would siphon funds from fundamental research. The European Commission's investment in a large 'brain project' would influence what other research areas it chooses to fund. Nonetheless, such an opportunity seemed unlikely to arise again, and neuroscientists (ourselves included) joined up, even if they did not agree with all aspects of the HBP proposal or with certain promises used to sell it. We put our faith in open and interdisciplinary collaboration, trusting that intellectual and operational details would take shape gradually and collectively.

Preparation of the HBP flagship document (in a pre-project phase funded by the European Commission) lasted several months and took place at the EPFL. Selection criteria for flagship proposals included scientific vision, societal impact and the size of the scientific community involved. We trust that the selection of the HBP by the commission rested on its focus on the relationship between brain structure and function, and on the project's interdisciplinary approach. More than 240 labs were initially pegged to participate. Official descriptions expressed hopes that the project would “gain fundamental insights into what it means to be human, develop new treatments for brain diseases and build revolutionary new information and communications technologies”. The exploration of the principles of neural computation through animal studies was considered integral.

Flagship initiatives differ from other European Commission projects because unusually large administrative, scientific and strategic leadership responsibilities fall onto few principal investigators. As the HBP prepares to move into its second phase, the project's executive board has revised its objectives. As well as decreasing the emphasis on experimental neuroscience, it has eliminated non-human-primate research, and restricted the focus of experimentation mainly to human imaging and 'atlases'. These are typically static catalogues of gene expression, neuronal couplings, cell types and other measurements across brain structures, but without experiments to assess function. The board also announced plans to dissolve the cognitive-neuroscience sub-programme, leading to the resignation of that project's 18 principal investigators, including its director.

Neuroscience in the HBP is now limited mainly to simulations and to building a massive infrastructure to process mostly existing data. The revised plan advances a concept in which in silico experimentation becomes a “foundational methodology for understanding the brain”5. Numerical simulations and 'big data'6 are essential in modern science, but they do not alone yield understanding. Building a massive database to feed simulations without corrective loops between hypotheses and experimental tests seems, at best, a waste of time and money. The HBP's goals now look like a costly expansion of the Blue Brain Project, without any further evidence that it can produce fundamental insights.

Neuroscientists who initially supported the HBP feel that they have been taken advantage of. The organizers attracted well-funded neuroscience labs for credibility and, ultimately, for their data. Now those labs are being edged out.

The changes to the HBP are not only disingenuous, they are self-defeating. About €430 million (US$570 million) of the European Commission funding goes to the HBP's 'core team'. The remainder of the €1-billion budget depends mostly on scientists throughout Europe raising partnering funds from sources such as regional governments, and then being selected by the HBP management on the HBP's terms. Why would people want to join the project under such conditions?

“We cannot feel assured that the HBP is managed cost-effectively.”

Since problems surfaced, the HBP executive board of directors and administrators at the EPFL, the coordinating institution, have been deflecting rather than addressing criticism (see go.nature.com/nenowj). Supporters argue that the Human Genome Project was also initially criticized by the biological community and eventually proved its detractors wrong. But the genome project was different: its goals were well defined, and the associated challenges, mostly technological, were well posed. These descriptions do not apply to the HBP.

In July, HBP co-executive director Richard Frackowiak wrote7 that the project is “a CERN for the brain”, equating the HBP with Europe's particle-physics laboratory near Geneva, Switzerland. But CERN is a cooperative structure built around large, shared instruments, designed to collect experimental data and test carefully constructed hypotheses. This, again, does not apply to the HBP.

Public grants of even a few tens of thousands of euros are typically subject to rigid oversight. Science projects of the HBP's magnitude and complexity are typically handled by agencies (such as the European Space Agency or CERN) with existing infrastructure and managerial experience. Why, then, did the commission grant nearly all of the design, management and decision power of a huge European public project to one academic institution and three principal investigators, two of whom are faculty members at the institution? The other flagship project, which focuses on graphene and has generated little controversy, opted for a distributed and transparent governance that includes all sub-project leaders on an executive board.

The tight schedule imposed to prepare the second phase of the HBP, compared with the several years taken to develop the proposal, has also exacerbated problems. How can a single group coordinate tens or hundreds of labs and sub-projects in such a short time, without tried-and-tested structures that facilitate the task and maintain trust?

Given the sizeable fraction of the HBP's core budget devoted to administration, we cannot feel assured that the HBP is managed cost-effectively or adapted for research operations across Europe. We are concerned that not all internal partners have read or had access to the 180-page draft of the next partnership agreement, and few seem aware of plans for a private, Swiss-operated foundation charged with exploiting commercial opportunities that emerge from the HBP.

Where do we go from here?

We see three possible routes forward. All require transparent discussion of the project's goals and profound changes in governance and oversight.

One option would be to explicitly eliminate neuroscience from the HBP. This solution would annihilate the enormous efforts of many HBP partners (neuroscientists and clinicians), and redirect this flagship towards purely technological objectives. Finding a new name would be a small price to pay.

A second option would be to split the technology and neuroscience sections of the HBP. This would group all IT components of the HBP together and create of a new, independent entity to fund collaborative neuroscience to decipher brain function.

The third option is to attempt to put the HBP back on track. This road is probably the most challenging. It would require re-establishing the HBP's experimental-neuroscience component with real funding avenues for biological and hybrid projects combining theory and experiment, under funding, review, award and administration conditions acceptable to the science community. Radical action would be required to revive trust and enthusiasm in an exceptional collective effort to address an enormously exciting challenge. Reunification might even be possible with major theoretical neuroscience institutes — the Gatsby Computational Neuroscience Unit in London, the Bernstein Centers in Germany, the École Normale Supérieure in Paris and the Edmond & Lily Safra Center for Brain Sciences in Jerusalem — at present largely hostile to the HBP. A Europe-wide committee of scientists should be established to organize neuroscience funding in Europe and work with funders to institute borderless, collaborative, curiosity-driven, interdisciplinary, peer-reviewed science. Issues concerning the partnership programme need to be addressed: notably the management and exploitation of data obtained through other funding sources.

The irony of this episode is that the HBP, by giving the impression of exceptional investment from the European Union in brain research, spurred the creation of competing, well-funded neuroscience initiatives in the United States (which focuses on techniques development8) and in China (which focuses on brain disease9). Now it is not at all clear that Europe has invested in brain science through the HBP.