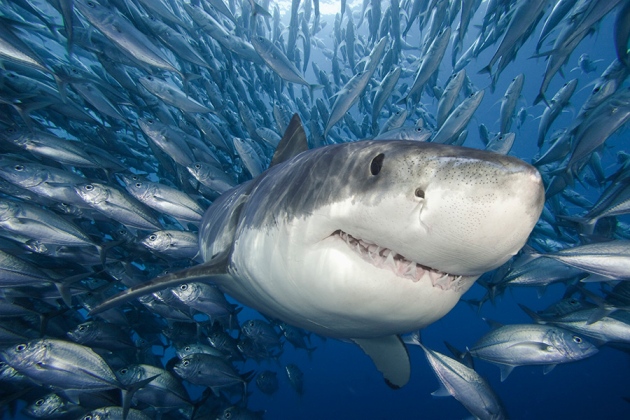 The high seas host a wealth of marine life but lack comprehensive rules to guide conservation.

They might host habitats of huge ecological importance, but two-thirds of the world’s oceans lie beyond the authority of national governments. On 28 March, members of the United Nations began negotiating the first global treaty to impose conservation and sustainability on the high seas. As well as vastly increasing the areas that could be set aside to protect endangered species, a legally binding treaty could usher in laws on the use of marine organisms in the search for drugs and cosmetics.

“This is something that could change the future of how we manage our oceans,” says Elizabeth Wilson, director of international ocean policy at the Pew Charitable Trusts in Washington DC, which has advocated for such a treaty.

Currently, nations can claim waters up to 200 nautical miles (370 kilometres) from their shorelines as ‘exclusive economic zones’; everything beyond these is designated the high seas (see ‘Sea change’). There are treaties that govern specific high-seas activities, such as mining the sea bed for minerals or laying cables, and agreements that regulate some kinds of fishing in various areas. But there is no comprehensive set of regulations on biodiversity and conservation.

The ongoing treaty discussions, which are at the UN headquarters in New York, are the first talks of a preparatory committee, known as Prep Com — and the result of years of wrangling between member nations. If they, and three more meetings before the end of 2017, are successful, a text could be voted on by UN members as soon as 2018, Wilson says.

One goal of the UN negotiations is a mechanism for the creation of marine protected areas (MPAs) on the high seas. As part of the UN Convention on Biological Diversity, most governments are now committed to designating at least 10% of the oceans as protected areas by 2020 — currently, around 2% lies in MPAs. But legally, they can create MPAs only in their own waters, so some of the most ecologically important areas remain out of reach. 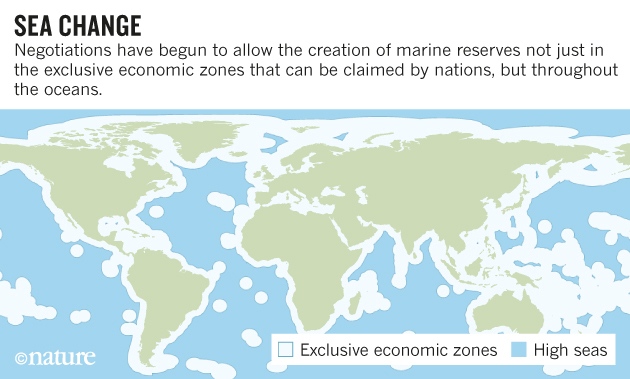 Moreover, in a study published last month, marine scientists Callum Roberts, Bethan O’Leary and their colleagues at the University of York, UK, conclude that the 10% target is much too low. On the basis of a review of 144 studies that assessed the adequacy of the UN target, they estimate that more than 30% of the ocean must be protected to achieve goals such as protecting biodiversity and minimizing the risk that fish populations will collapse (B. C. O’Leary et al. Conserv. Lett. http://doi.org/bdxw; 2016). But it would be near impossible to set aside this much-larger portion without being able to create MPAs in the high seas, notes Roberts. “These negotiations over the next two years are going to be vitally important,” he says.

Others say that MPAs aren’t necessarily the best way to protect the oceans, because they can lead to problems such as overfishing in non-protected areas. Rather than setting aside large areas for protection, a better approach would be to manage activities properly across the ocean, says oceanographer James Cowan at Louisiana State University in Baton Rouge.

Another issue being discussed during the negotiations is how to govern the search for genetic resources — plants and animals that could yield products such as drugs or cosmetics. Bioprospecting is on the rise in the oceans, particularly in the high seas, says Glen Wright, a marine-policy researcher at the Institute for Sustainable Development and International Relations in Paris.

The G77 group of developing nations argues that genetic resources from the high seas are part of the ‘common heritage of mankind’, so any profits from them should be shared among all nations. Other groups, including the European Union would rather avoid such a formal status, says Wright, and focus instead on a practical mechanism for sharing the benefits. But at this stage, say Wright and Wilson, it is unclear what rules might be brought in, and what mechanisms might be used to enforce them.