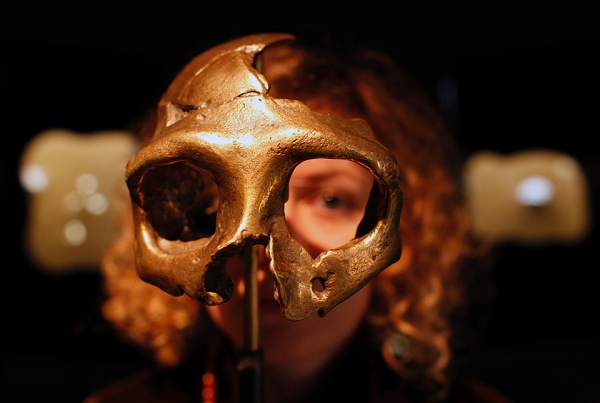 In a paper1 published on 20 October in Cell, geneticist Luis Barreiro of the University of Montreal in Canada and his colleagues collected blood samples from 80 African Americans and 95 people of European descent. From each sample, they isolated a type of immune cell called macrophages, which engulf and destroy bacteria, and grew these cells in a dish. Next, they infected each culture with two types of bacteria and measured how the cells responded. Macrophages from African Americans, they found, killed the bacteria three times faster than those of European Americans.

The researchers then measured how gene expression changed in response to the infection. About 30% of the approximately 12,000 genes that they tested were expressed differently between the two groups, even before infection. And many of the genes whose activity changed the most during the immune reaction had sequences that were very similar between Europeans and Neanderthals, but not Africans.

Barreiro suspects that when modern humans first left Africa — some time between 100,000 and 60,000 years ago — they had to adapt to a different set of pathogens on the European continent. Breeding with Neanderthals, and obtaining their different immune response, probably helped them to better fight off the new kinds of infections that they encountered there.

In the second study2, population geneticist Lluis Quintana-Murci and his colleagues at the Pasteur Institute in Paris collected samples from 200 people living in Belgium, half of whom were of African descent and the other half of European descent. The researchers grew a different type of immune cells called monocytes in a dish and infected them with bacteria and viruses. Once again, the two groups showed differences in the activity of numerous genes, and Neanderthal-like gene variants in the European group played a major role in altering their immune response. The differences were especially stark in the way that the two groups responded to viral infection.

Paul Norman, an immunogeneticist at Stanford University in California, says that the two studies are unusual in looking at how the level of gene expression differs in response to infection, rather than just comparing the genome sequences of individuals. Norman now wants to see the study repeated in more types of immune cell.

Immune systems tend to evolve rapidly because infections produce immediate evolutionary pressure, says computational biologist Janet Kelso of the Max Planck Institute for Evolutionary Anthropology in Leipzig, Germany. So it makes sense that European ancestors would have held onto any advantage they could get from the Neanderthals. “There’s an appreciation now that contributions are coming from many sources, and archaic humans are one,” she says.

Trigger behind the change

Kelso says that the studies cannot reveal exactly what drove the evolution — such as a particular viral outbreak in Europe, for instance. For some diseases, such as tuberculosis, a lower immune response tends to help with survival, and modern humans in Europe adopted the Neanderthal traits that helped with this. “Maybe the most important thing is to live in peace with the microbes,” Quintana-Murci says.

Overactive immune systems could help to explain why African American women, for instance, are up to three times more prone to the autoimmune disease lupus than white Americans, Barreiro says. The differences seem to persist irrespective of socioeconomic status and other environmental factors such as smoking and diet, although these probably have a role. Determining how much of the difference is due to genetics could help researchers to tease out the role of environmental factors, and therefore could guide public-health efforts.

Norman says that more research should include genomes and biological samples from different ethnic groups. About 80% of people included in genome-wide association studies are of European descent, and a Comment3 in Nature last week called for more racial diversity in genomic databases. Norman says that the latest studies show how useful this diversity can be in elucidating the roots of diseases. “We need to look at African populations as well, not just because some diseases affect Africans worse, but because we can get to the answers easier.”