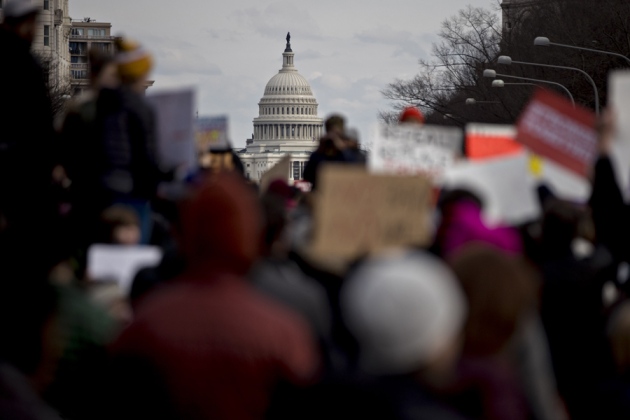 More than 500 separate pro-science demonstrations are planned across the world.

The plan for a March for Science in Washington DC on 22 April has gone viral. More than 500 separate demonstrations are now planned across the world: an unprecedented effort by those researchers, lobbyists and supporters who will take to the streets to project a global message.

Organizers have set themselves an ambitious target. The event, they pledge, will be “the first step of a global movement to defend the vital role science plays in our health, safety, economies, and governments”. This role, they argue, is under attack from “budget cuts, censorship of researchers, disappearing datasets, and threats to dismantle government agencies”. The plan has received widespread support — and the official blessing — of dozens of advocacy and pressure groups. Endorsement has come from the American Association for the Advancement of Science and the Union of Concerned Scientists in the United States, as well as the European Geosciences Union and the European Association of Geochemistry, among many others.

Nature is delighted to offer its own endorsement of the march and, more importantly, of the movement that the marchers will represent. We encourage readers to get involved, to show solidarity and to speak out about the importance of research and evidence — not just next weekend, but more often and more forcefully.

Some serious and important criticisms have been made of the science march, its methods and its possible implications. But a sense of the bigger picture is essential here.

Yes, there is a risk, as critics claim, that the march and the wider protest it hopes to symbolize could be diluted or even sidetracked by any number of special interests. Yet there is a straightforward solution for scientists who are concerned about this: turn up and shout louder about what you think matters more. It is, of course, difficult to corral large numbers of people into presenting a united and simple message. But large numbers and strong opinions are what give protests their power. Despite internal wrinkles, the positive message that crowds of pro-science people on the streets present to the broader world will surely show through.

Yes, it is possible for these crowds to be painted by some hostile media outlets and politicians as proof that science is just another partisan special-interest group — one that, by implicitly lining up against US President Donald Trump, cements the (wrong) idea that science is a left-wing and liberal concern. There is only so much that scientists and others on the march can do to counter that impression, but one way is for them to speak out about their reasons for joining the protest, and to continue to engage with the wider community. Those who insist that the march will reinforce political positions and make the situation worse overestimate the potential of alternative approaches to change the mindset of committed ideologues in the White House and elsewhere. And such voices underestimate the importance of a more-productive audience for the march: one made up of people who naturally support the aims of science and who could be prodded by a sizeable protest into being a little more active and vocal in demonstrating that support.

“A sense of the bigger picture is essential here.”

Finally, to the critics, yes it is true that the march blurs the lines between science and politics. But that line is already much fuzzier than some try to argue. It is possible to care about science and scientific thinking while ignoring the political context in which it operates. But it is difficult to do that and demand change at the same time.

These worldwide protests give scientists an opportunity to think hard about what they value about science, to recognize the commonalities in the goals they share with others and to reaffirm the scientific process as the best way of informing policy — even if it won’t always get the final say.

Whatever misgivings some may have, these should surely be eclipsed by the opportunity to identify and harness the collective energy that this organized event offers researchers everywhere.