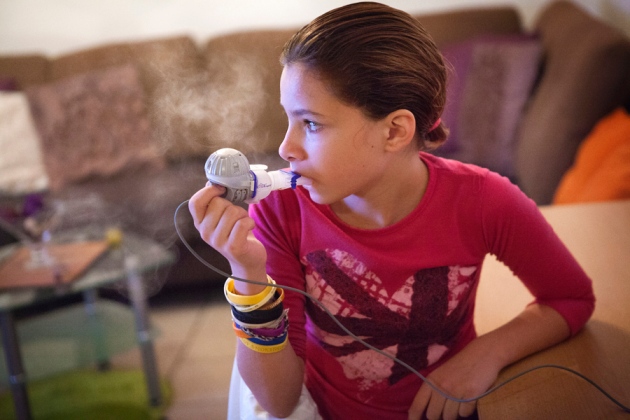 Many people who carry the genetic mutation for cystic fibrosis go on to develop the disease.

By analysing genetic data gathered from more than half a million people, researchers have discovered a handful of individuals who are resilient to severe childhood diseases.

The finding, published on 11 April in Nature Biotechnology1, demonstrates an important proof of concept: by sharing massive genomic data sets, scientists can find healthy individuals who harbour mutations that normally cause disease. Studying these people can help scientists to identify factors that protect against sickness, says Stephen Friend, a co-author of the study and director of Sage Bionetworks in Seattle, Washington.

Mendelian disorders, such as cystic fibrosis and Tay-Sachs disease, manifest in childhood and are generally caused by mutations in a single gene. Many studies have sought to identify the genes involved in these disorders, but naturally occurring protective factors are unknown, and few effective therapies exist to treat symptoms.

Researchers have known for years that patients with mutations that should cause death or disabling conditions can go on to lead extended healthy lives. For example, women with a mutation in BRCA1 have a high risk of developing breast cancer. Yet many women who carry that mutation do not develop the disease.

The new study's approach is notable in that it combines data from disparate sources to find these protected individuals, says Daniel MacArthur, a geneticist at the Broad Institute of MIT and Harvard in Cambridge, Massachusetts. “It’s an enormously impressive effort,” he adds.

Friend and his colleagues accumulated data from 12 studies that together examined the genetic sequences of 589,306 people. The team looked for mutations in 874 genes linked to nearly 600 childhood diseases.

The scientists whittled down the sample to 15,597 individuals who had at least one mutation associated with the 163 Mendelian diseases included in the study. After performing a series of quality-control tests, including manual review of clinical trials and more genetic sequencing of stored samples, the researchers found 13 seemingly healthy individuals who survived to adulthood without showing any symptoms, despite carrying a genetic mutation linked to one of eight Mendelian diseases.

“I actually think there are probably more than 13, but they took a very restrictive threshold for making the call,” says Eric Topol, a professor of genomics at the Scripps Research Institute in La Jolla, California.

But the study was limited in some important ways. Its retroactive nature meant that the scientists did not have consent to re-contact patients and seek permission to sequence their full genomes. To find protective factors in these healthy individuals, the team would need to follow up and confirm their conditions before fully analysing the genomes of the patients and their family members.

Sharing for a cure

“It was both an exciting and a really frustrating project,” says Friend. “This was entirely a proof of concept and to guide us for a prospective study.”

This work paves the way for future genotype-sequencing studies, in which sharing data at a national scale, and across international boundaries, will become increasingly important, says MacArthur. Large sample sizes will be required to identify common protective factors among resilient individuals. “It’s all about data sharing and collaboration,” he says.

Friend and his colleagues argue that finding mutations that act as protective factors against disease is a better starting point for designing therapies than starting with the disease itself.

Topol describes this new direction as uncharted but important territory. “What we need to do in the future is get thousands of these people of a diverse protection, and understand what gave them this Teflon coating, this bullet-proof genome,” he says.