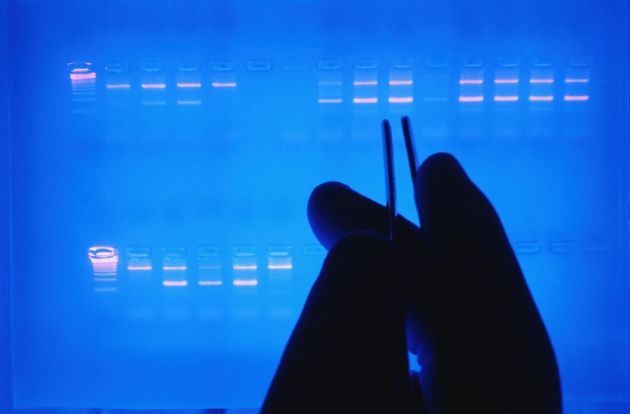 Genetic-testing firm Myriad Genetics is facing a legal challenge from people who say the company refused to give them access to their own genomic data, in violation of a US government rule on medical records.

Although Myriad has now agreed to release the data to those individuals, the patients are pressing ahead with their complaint to the US government. The skirmish is the latest in a long-running war between Myriad and data-sharing advocates, and it could ultimately force the company to provide genetic information that patients could then share with scientists.

The patients, who are represented by the American Civil Liberties Union (ACLU), filed the complaint on 19 May with the US government alleging that Myriad, of Salt Lake City, Utah, had declined to release complete results of tests for the genes BRCA1 and BRCA2. Some variants of these genes are linked to higher risk of cancer; for others, the link to disease is unclear or the variants are considered to be harmless.

Myriad refused to report ‘benign’ BRCA variants back to patients when they requested this information in February. The ACLU says that the company’s denial violates a rule released by the US government in January that gives patients the right to obtain their full lab test results under the Health Insurance Portability and Accountability Act.

Breast-cancer survivor AnneMarie Ciccarella, one of the people who filed the complaint, said that she wants access to her complete data so that she can share it with scientists who are trying to understand the genetic contributions to cancer. “I want to see that the research community has access to every bit of data that has been generated from my body,” she said.

On 18 May, after the ACLU announced a press conference to discuss the complaint, Myriad released the data that Ciccarella and her three co-complainants had requested. “We believe the complaint lacks merit and should not be accepted,” the company said in a 19 May statement.

Ciccarella and the others who brought the complaint are pressing ahead with their case, in part to set the precedent that companies must legally provide the full results of genetic tests — not release it on a voluntary basis.

Observers say that makes sense, especially given Myriad’s history. The company had previously tried to block rivals from providing BRCA tests, asserting that it held patents that gave it the exclusive right to perform such diagnostics.

That changed in June 2013, when the US Supreme Court invalidated Myriad's patents after the ACLU mounted a legal challenge. Myriad has not shared its large database on thousands of BRCA variants, despite requests from researchers studying the genetics of breast cancer. But it may now be forced to provide individual results on a patient-by-patient basis if the government decides to accept the latest complaint.

“If I were the plaintiffs, I’d want to make sure the government said that Myriad had to do what it did,” says lawyer and bioethicist Hank Greely at Stanford University in California. “If you’re a consumer advocate in the health-care space, Myriad may not be a company you trust.”

Heidi Rehm, a geneticist at the non-profit company Partners Healthcare Personalized Medicine in Cambridge, Massachusetts, drafted a statement of support for the complaint against Myriad. She says that as researchers learn more about genetic risks of cancer, they’re finding that variants once considered benign might actually contribute to cancer risk.

Rehm and other researchers are pushing for companies and individuals to share their genetic test data with open databases such as ClinVar, and she says that the push for data sharing is gathering increasing momentum. US insurance company Aetna, for instance, has said that it will favour testing companies that deposit data in ClinVar. And the US Food and Drug Administration is considering whether to give companies incentives to deposit their tests results in the database.