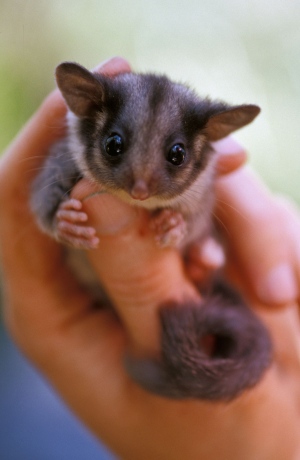 Large-brained animals may be less likely to go extinct in a changing world, perhaps because they can use their greater intelligence to adapt their behaviour to new conditions, according to an analysis presented to a meeting of conservation biologists this week. The finding hints at a way to prioritize future conservation efforts for endangered species.

Brain size relative to body size is fairly predictable across all mammals, says Eric Abelson, who studies biological sciences at Stanford University in Palo Alto, California. “As body size grows, brain size grows too, but at slower rate,” he says. Plotting brain size against body size creates a tidy curve. But some species have bigger or smaller brains than the curve would predict for their body size. And a bigger brain-to-body-size ratio usually means a smarter animal.

Abelson looked at the sizes of such deviations from the curve and their relationships to the fates of two groups of mammalian species — ‘palaeo’ and ‘modern’. The palaeo group contained 229 species in the order Carnivora from the last 40 million years, about half of which are already extinct. The modern group contained 147 species of North American mammals across 6 orders. Analysis of each group produced similar results: species that weighed less than 10 kilograms and had big brains for their body size were less likely to have gone extinct or be placed on the International Union for Conservation of Nature red list for endangered species.

For species larger than about 10 kilograms, the advantage of having a large brain seems to be swamped by the disadvantage of being big. Large species tend to reproduce later in life, have fewer offspring, require more resources and larger territories, and catch the attention of humans, either as food or as predators. Hunting pressure or reductions in available space can hit them particularly hard.

But for smaller mammals, such as rodents, the future may belong to the big-brained. Animals with larger brains relative to their body size have been shown to be more likely to thrive when introduced to new places1, and Abelson’s work suggests that they would outperform their dimmer peers when it comes to adapting to changes at home as well. This behavioural flexibility of the brainy could tide them over until the slower process of genetic change is able to catch up to a changed environment, Abelson says. "If the climate cools significantly I may not be able to adapt anatomically in my lifetime, but if I was sufficiently flexible I could build a warmer house."

Other investigations into the links between particular traits and extinction risk have found that variations in body size, diet, population density, home range, lifespan and growth rate are tied to the risk of a species dying out. Walter Jetz, an ecologist at Yale University in New Haven, Connecticut, says that analyses of extinction risk using many traits will probably be more powerful and accurate than predictions based on single traits. Such analyses should also take climate change and other environmental changes into account, says Jetz.

Abelson is agnostic on how the extinction-brain size relationship should inform conservation efforts. One could argue for expending more resources on the smaller-brained species that are at high risk. Or one could decide to spend more energy smoothing the way for the smarter, more adaptable species, since they might have a higher likelihood of surviving. “All I can say is that I hope it is useful for whoever is making those decisions,” he says.