Lesbian, gay, bisexual and transgender (LGBT) scientists feel more accepted in the workplace than their peers in other professions, a US survey suggests. The study, published in the Journal of Homosexuality1, also found that respondents in scientific fields with a high proportion of women, such as the social sciences, were more likely to be out to their colleagues than those in more male-intensive disciplines, such as engineering.

That result may suggest that labs with more women tend to be more receptive to people who do not fit the stereotype of a scientist as a straight, white man, says Jeremy Yoder, an evolutionary ecologist at the University of British Columbia in Vancouver, Canada, and co-author of the study. 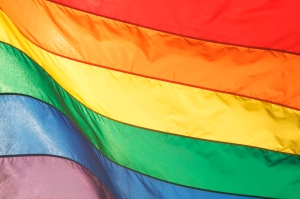 The Queer in STEM survey asked more than 1,400 people about their comfort level in the lab.

The Queer in STEM survey gauged the experiences of more than 1,400 LGBT individuals working in science, technology, engineering and mathematics (STEM) fields. The 58-item online survey included questions about gender and sexual identity, professional expertise and whether respondents felt that their work and social communities were welcoming or hostile. Other studies2 have indicated that out employees feel more accepted at work, whereas those who are closeted or not open about their identities are more likely to be stressed out at work and have negative attitudes towards their work and co-workers.

Participants rated their openness about their gender and sexual identities on a scale from 0 (“I am not out to anyone in this group”) to 5 (“As far as I’m aware, everyone in this group could know”). The results indicated that the majority of the respondents (57%) were out to half or more of their colleagues, a greater proportion than the 47% of people who said they were out in a 2014 survey of the general US workforce by the Human Rights Campaign Foundation in Washington DC.

“There is reason to believe this difference could be real,” says Yoder. “In STEM workplaces you are working with a fairly well-educated set of co-workers, and you may very well be able to expect a more open culture than if you were picking a random field from across the entire US workforce.”

Most respondents identified themselves as lesbian, gay, bisexual, transgender, queer or asexual. Some ticked more than one box, and 5% wrote down an identity not included in the survey's list, such as polyamorous, non-monogamous or pansexual. The researchers relied on social media and networking to recruit respondents, so they were concerned about the representativeness of the sample. Survey respondents tended to be young and in the life sciences; a geographic analysis found that respondents came from US Census Bureau regions roughly in proportion to their estimated LGBT populations.

“The study breaks new ground in providing a national portrait,” says Kristen Renn, a social scientist at Michigan State University in East Lansing who studies LGBT college students. She adds that the findings “provide a sense of possibility”  to LGBT and queer youth who are exploring careers. “For those wondering, 'Can I be an openly queer chemist?' ” she says, the answer is: “Yes. And you won't be alone.”

Study co-author Allison Mattheis, an educational researcher at California State University, Los Angeles, is trying to understand what makes some environments more welcoming than others. She and Yoder have already found that survey respondents were most comfortable when they had some type of formal support from their employers, such as diversity statements that establish a policy of tolerance in the workplace. The researchers have followed up the survey with one-on-one interviews over e-mail, phone and Skype with more than 100 participants, and Mattheis is currently analysing the transcripts from those interviews for patterns that point to other practices that could make science more LGBT-friendly.