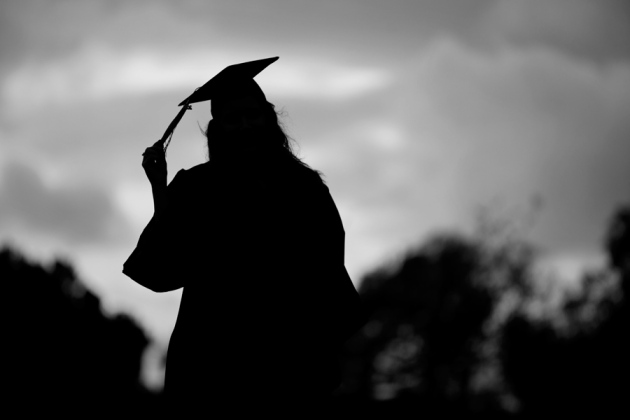 Universities must do more to tackle sexual harassment of staff and students.

The year 1752 was a momentous one for Britain and its colonies. While many countries were enjoying the stability and reliability of the modern Gregorian calendar, the British Empire was stuck in the past. By the time it was willing to drop its stubborn adherence to the Julian system, Britain had fallen so far behind in time-keeping that it needed to catch up — so it simply missed out 11 days in September 1752. Citizens went to bed on 2 September and woke up on 14 September.

The label 1752 would thus seem to be useful for any project seeking to address a problem that officials would prefer to wish away. But that’s not why the UK-based lobby group 1752 chose its name. The group is tackling sexual harassment in science and other academic environments, and the number is a reminder of the low priority that too many attach to the problem. When the lobbyists arranged their first meeting in 2015 and asked for support, they received funds of just £1,752 (then US$2,600).

Speaking at the International Conference on Women in Physics last week, Emma Chapman, an astrophysicist at Imperial College London and a member of the 1752 group, said that although some British universities acknowledge the issue, they are slow to make any improvements. Academic culture prioritizes the protection of staff and the reputation of the institution, she said, and effectively condones misconduct.

Exactly how many students and staff are sexually harassed by university employees each year is hard to know. Many victims understandably do not report their experiences, and universities are hardly forthcoming in publicizing complaints. Leaks to the news media seem to have become the established way to bring cases to light.

But an idea of the scale of the problem, at least in the United Kingdom, could emerge next year, when the National Union of Students concludes a country-wide survey into sexual misconduct by university staff towards students. Australia will release the findings of its national student sexual-harassment survey on 1 August. Universities should not wait for the results. All of the evidence suggests — as Nature said last year — that sexual harassment is rife in science (Nature 529, 255; 2016). Universities must acknowledge this before their denial starts to seriously harm them, as it already does the victims of sexual harassment.

Many UK institutions do acknowledge that there is a problem, but they need to confront it. Around one-third lack guidelines on staff–student relationships. And although the umbrella body Universities UK produced guidance in October 2016 on how its members should deal with sexual harassment by students, it is still consulting with 1752 and other bodies on how best to deal with harassment by staff.

Top of the list should be creating, and enforcing, codes of conduct that make patently clear what constitutes acceptable behaviour. Universities also need transparent reporting processes and investigatory procedures, which use independent investigators and conclude quickly.

“Sexual harassment will occur even in the most diligent of universities.”

Addressing the issue of serial perpetrators of harassment is crucial. For this reason, universities should not seek to minimize the apparent problem by encouraging staff to resolve issues informally. Earlier this year, an investigation by The Guardian newspaper found that students and staff had made at least 296 allegations against UK university staff since 2011. But the figures — disclosed through freedom-of-information requests — omit a number of known reported cases.

Non-disclosure agreements compensate victims, but, by silencing them, discourage others from reporting new cases and do nothing to tackle the wider problem. And given the length of time that investigations can drag on, universities should include active cases in the figures they collate.

More universities should look at what the United States is trying to do. Shaken by several high-profile cases, institutions and funders there are recognizing a requirement for more rigorous enforcement of Title IX legislation that protects staff and students from any sexual discrimination. And Congresswoman Jackie Speier (Democrat, California) is highlighting the need to ensure that when perpetrators change universities, the new institution is always told of the person’s previous record.

Just as institutions that strive hard to prevent research misconduct will still face cases of fabrication, falsification or plagiarism, sexual harassment will occur even in the most diligent of universities. In both cases, perpetrators can be powerful and influential. But the advice should be the same: to pretend an institution is immune does not make it look good. At best it suggests a failure to take the problem seriously; at worst it looks as if there is something to hide.