TREND WATCH: More of the global population is now obese than is underweight, according to an analysis of data from 186 countries. 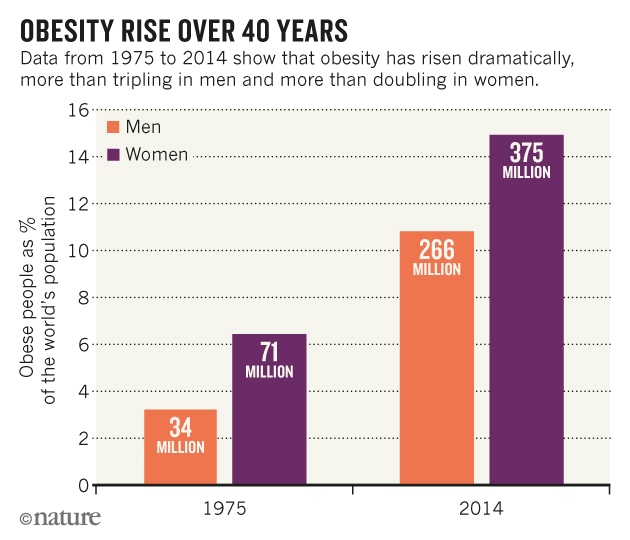 The study, published in The Lancet on 2 April1, compared data from 1975 to 2014 and provides the most complete picture of trends in adult body weight to date. It shows that many people are still underweight in the world’s poorest regions, particularly in some regions of Asia and Africa. But obesity surpassed undernourishment globally, as the world’s population grew 1.5 kilograms heavier per person on average with each passing decade.

By 2025, the authors predict, roughly one-fifth of the population will be obese.