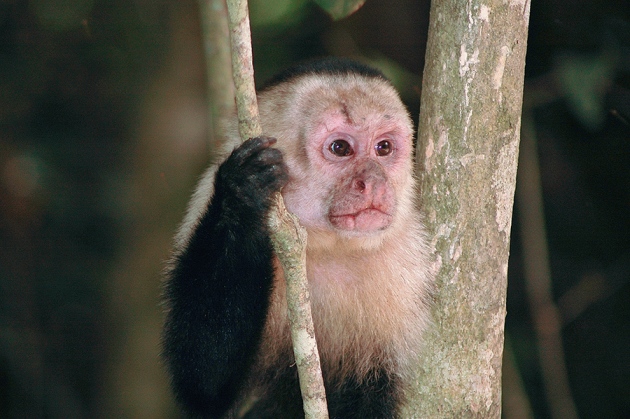 New World monkeys, such as this white-headed capuchin, reached South America more than 30 million years ago.

Fossilized teeth unearthed in Panama suggest that monkeys reached North America millions of years earlier than scientists thought. The discovery, published on 20 April in Nature1, reveals new information about the spread of primates across the Americas.

A team led by Jonathan Bloch, a palaeontologist at the Florida Museum of Natural History in Gainesville, found seven monkey teeth in the Panama Canal Basin. The scientists have identified the fossils as belonging to a previously unknown species, Panamacebus transitus, that lived nearly 21 million years ago, during the early Miocene epoch.

“We never would've predicted they would've been here,” says Bloch. The teeth are the oldest evidence for the dispersal of a mammal from South America to North America, he says. No other mammals are known to have made it across the body of water that separated the two continents in the early Miocene.

Current theory suggests that primates crossed the Atlantic Ocean from Africa to South America roughly 37–34 million years ago by rafting on vegetation. These ‘New World’ monkeys — a group that includes marmosets and spider and howler monkeys — spread and diversified into tropical regions of South America.

Scientists had thought that monkeys did not reach Central America until after the formation of the Isthmus of Panama 3.5 million years ago. The strip of land links North and South America. But Bloch’s finding suggests that the primates crossed a water barrier and made it into North America nearly 18 million years earlier.

The route by which New World monkeys spread and diversified is hotly debated. Bloch and his colleagues suggest that modern monkeys emerged from the tropics. Others dispute this, arguing that fossils similar in age to P. transitus exist in Patagonia. But Bloch notes that P. transitus is at least equal in age to the oldest disputed fossil, if not a million years older. 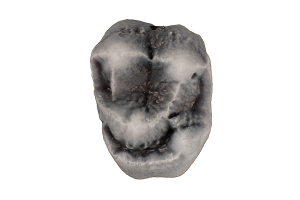 Teeth in the tropics

The tropics have generally been a difficult place to uncover fossils owing to forest cover, says Bloch, who typically works in dry deserts full of exposed rock. But construction to expand the Panama canal, which began in 2007, exposed fossil-bearing rock from the Miocene. “It was an incredible opportunity, a once-in-a-century opportunity to look at rocks in the tropics,” he says.

He and his colleagues found upper molars, a lower canine, two incisors and two premolars while digging through dirt and rock in a quarry near the banks of the canal. The team spent two years analysing high-resolution images of the teeth to place the species on the evolutionary tree. The molars resemble those from monkeys in the family Cebidae, which includes capuchin monkeys (Cebus capucinus) and squirrel monkeys (Saimiri sciureus).

No evidence exists that the first monkeys to reach Central America survived long enough to establish a lasting population. The ancestors of monkeys found in the region today reached there much later, Kay says.

Bloch suggests that New World monkeys were limited in their range by the northern extent of their preferred rainforest habitat. “That’s why you don’t get monkeys in Southern California, even to this day,” says Daniel Gebo, a biological primatologist at Northern Illinois University in DeKalb.

Bloch will head to Panama again next month and search the same quarry where his team found P. transitus. “I would really like to find a skull or parts of the rest of the skeleton,” he says.