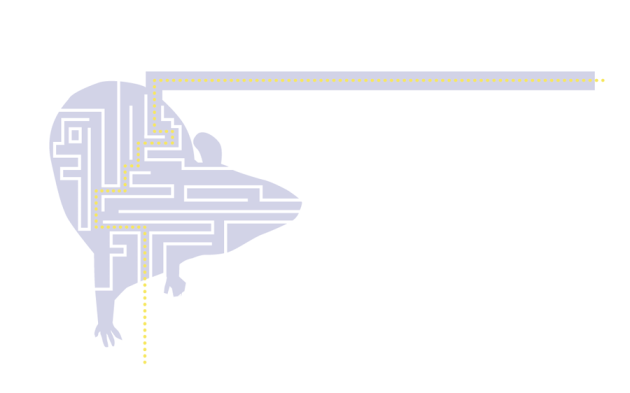 A running joke among health researchers is that everything has been cured — in mice. However that may not be always true.

The failure of experimental drugs that had once looked promising could have been prevented with better animal studies, according to a re-examination of past clinical trials.

“I hear too many stories about patients who have used their one shot at getting into a trial on a drug that didn’t have enough legs to begin with, and that’s a tragedy,” says Steve Perrin, an amyotrophic lateral sclerosis (ALS) researcher who led the work.

Perrin, chief scientific officer of the ALS Therapy Development Institute in Cambridge, Massachusetts, used mice with symptoms similar to ALS to test more than 100 compounds that had previously been identified as candidate drugs. Most — including eight that had shown promise in previous mouse work but ultimately failed in humans trials — failed to slow the progressive, fatal degenerative disease, also called Lou Gehrig’s disease or motor neuron disease.

Perrin argues that positive results seen in previous mouse trials were spurious, probably resulting from poorly conducted studies. In a Comment published today in Nature1, he is urging researchers to boost the quality of animal studies by better characterizing and understanding how mouse models correspond to human disease, minimizing result-muddling variation between animals, and using statistical models to guide study design.

“The recommendations could have a profound positive impact on translational research, strongly improving the quality of preclinical studies,” says Adriano Chiò, a neurologist at the University of Turin in Italy.

Perrin found that one type of mouse model for ALS, in which animals express a mutant version of the protein TDP43, differs in key ways from the human disease. For example, TDP43 mice usually died of bowel obstructions, whereas humans with the disease tend to succumb to muscle wasting, which often results in the inability to breathe. He further found that although the first generation of TDP43 mice had been reported to die within 200 days, later generations bred from those originals lived for up to 400 days without signs of disease.

Other researchers have highlighted problems with reproducibility of animal studies in cancer2. Neurobiologist Caterina Bendotti of the Mario Negri Institute for Pharmacological Research in Milan, Italy, agrees that the issues Perrin describes are not unique to his field: “The poor reproducibility of preclinical results, particularly in animal models, goes beyond ALS,” she says.

Irreproducible preclinical results can lead to a massive waste of time and money in clinical trials. Chiò points to the example of a 2008 study in mice and 44 humans with ALS, which suggested that therapeutic lithium might slow the disease3. The metal is already used as a drug to treat mental disorders including schizophrenia, so it is available cheaply, and people with ALS began administering it to themselves. Perrin's and Bendotti's groups both tried to replicate the original results, and found that they could not — but not before clinical trials began to test the effect. Ultimately, five trials involving more than 1,000 people with ALS in five countries found no benefit, Chiò says, and the initial mouse results were never duplicated. Untreated animals in the original study survived for 20 days less than those in other mouse studies, suggesting that there may have been some anomaly with these animals.

“It is our stringent responsibility to avoid a new lithium saga, and Perrin’s recommendations go exactly in this direction,” Chiò says.

Other researchers say they agree broadly with Perrin, but that they would also like to see the data from his group's experiments, and that it may not be necessary to find a positive animal result to progress to a human trial.

“Many ALS researchers would say that if there is other preclinical evidence that a drug might work, it may be sufficient to go into human trials,” says neurologist Leonard van den Berg, director of the Netherlands ALS Center at University Medical Center Utrecht.

But work to discover how relevant animal models are to human disease — such as Perrin’s studies on TDP43 mice — is expensive and unrewarding for researchers and their teams. Perrin argues that they must be funded specifically, perhaps by private–public collaborations.

“Somebody has to do this, or else we're wasting precious resources,” says Perrin.