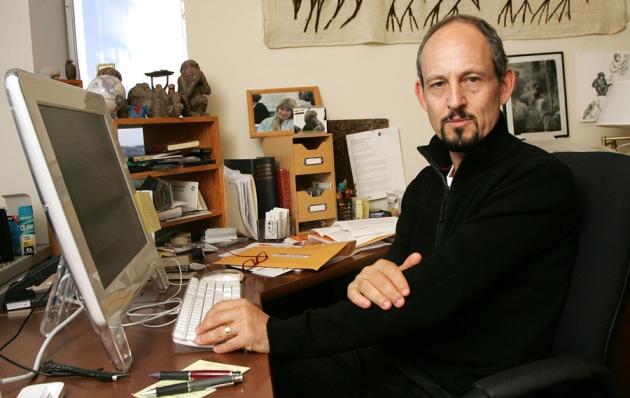 Marc Hauser left Harvard University in 2011 after the institution found him guilty of misconduct.

Mavens of research ethics often insist that there is a clear difference between sloppy science and scientific fraud. But if ever there was a case that blurs that line, it is that of Marc Hauser, a high-flying evolutionary psychologist who resigned from Harvard University in Cambridge, Massachusetts, in 2011, after the university found him guilty of misconduct.

In a finding published on 6 September in the Federal Register, the US Office of Research Integrity (ORI) in Rockville, Maryland, which oversees science funded by the National Institutes of Health (NIH), has also concluded that Hauser “engaged in research misconduct”. The office found that he: “published fabricated data” in the journal Cognition in 20021; “falsified” results in an unpublished study; and made false statements in four other instances. But the ORI did not state whether Hauser acted intentionally — its definition of misconduct also covers cases in which misrepresentations are “reckless”.

That has provided enough wiggle room for both supporters and critics to claim the finding as a vindication. “It isn’t a strong case for intentional misconduct. It seems it’s peccadilloes,” says Pierre Pica, a linguist at the French National Center for Scientific Research in Paris, who has criticized the investigation. But Gerry Altmann, a psychologist at the University of York, UK, and editor-in-chief of Cognition, disagrees. “The number of instances [in the investigated body of work] suggests it is extremely unlikely it was not intentional,” he says.

Harvard had found Hauser guilty of eight counts of misconduct in 2010, after a three-year internal investigation of some of his studies of cognition in non-human primates. To the annoyance of many scientists, the university did not release its findings, so exactly what Hauser had done remained unclear. The ORI provides details on six counts of misconduct, three of which were published1–3.

In a statement sent to Nature, Hauser acknowledges mistakes and errors, but not scientific fraud or research misconduct, which the ORI says he neither admits nor denies. “Although I have fundamental differences with some of the findings in the ORI report,” Hauser says, “I acknowledge that I made mistakes. I let important details get away from my control, and as head of the lab, I take responsibility for all errors made within the lab, whether or not I was directly involved.” No one else who worked in Hauser’s lab has been charged with misconduct.

The ORI often resolves allegations against scientists through a settlement agreement, which helps the reputedly overstretched office to save on legal resources. Hauser’s settlement means that he escapes the harshest possible punishment — a ban on future NIH funding — and must instead submit a supervisory plan that will ensure integrity if he applies to the agency for any future research grants. (The agency spent at least US$790,000 on grants that funded work affected by the misconduct.)

Bennett Galef, an expert in animal behaviour at McMaster University in Hamilton, Canada, reviewed evidence used in the Harvard investigation at the request of Hauser’s lawyer, and questions the ORI’s use of the word “fabricated” to describe the errors in the Cognition paper1. “That is a conceivable read of what happened, but it’s slanted,” he says. According to Galef, lab records show that in the study, which examined habituation to sound patterns, two groups of tamarin monkeys were played the same stimuli instead of different ones, as the paper reported. Galef says that this was because of an error in the computer program that played the stimuli, which the authors plausibly didn’t know about because the protocol called for them to be blinded to the stimuli at the time they coded the monkeys’ responses. “It was a big mistake. It was definitely a disaster, but whether there was any fabrication, you don’t know,” says Galef.

ORI officials familiar with Hauser’s case could not comment because of government privacy rules. The inspector-general of the National Science Foundation, which also funded Hauser, is still looking into one of the misconduct counts found by Harvard; the remaining instance was referred to the ORI but has been deemed outside its statute of limitations. Harvard says that the graduate students and postdocs who were working in Hauser’s lab have been relocated to other labs within the university.

Hauser has now begun a different chapter in his life, working with at-risk youth. His website states that he has co-founded a company called Gamience, which develops computer games to teach self-control and other cognitive skills, and is working with a non-profit company that serves schools on Cape Cod, called the Cape Cod Collaborative, in Bourne, Massachusetts. “This work is deeply satisfying and I look forward to making new contributions to human welfare, education and the role of scientific knowledge in understanding human nature,” Hauser says.