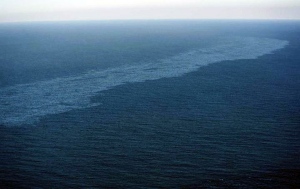 Some minor petroleum leaks may be not so minor after all, a study of the Gulf of Mexico reveals.

By analysing satellite images, oceanographers have found that small oil spills in the heavily drilled northern Gulf of Mexico are often much larger than reported. The researchers presented their results last week at the Gulf of Mexico Oil Spill and Ecosystem Science Conference in New Orleans, Louisiana.

Small oil spills — ranging from oil-drilling mishaps to ships discharging fuel — occur with surprising regularity, and tend to escape the public's attention that follows big spills. When someone spills petroleum or derived products in US waters, the accident must be reported to the US Coast Guard’s National Response Center in Washington DC. Those who report such spills are required to provide their own estimates of the area affected.

The oceanographers, based at Florida State University (FSU) in Tallahassee, worked with SkyTruth in Shepherdstown, West Virginia, a non-profit organisation that tracks oil spills and other events using mainly publicly available satellite images. The goal was to take a closer look at the chronic small spills by exploiting an FSU database of much higher resolution satellite images, obtained using a type of radar called synthetic aperture radar (SAR), which had been used to study slicks formed by natural oil seeps.

After identifying images that showed accidental slicks, FSU graduate student Samira Daneshgar Asl analysed the images with a programme that uses telltale differences in water surface texture where oil is present to calculate slick areas. She found that the slicks with known human causes were typically about 13 times larger than the estimates reported to the National Response Center.

“There is very consistent underreporting of the magnitude of [oil] releases,” says FSU team leader Ian MacDonald. “Sometimes it’s quite laughable.” On the positive side, he says that his team did find that the slicks had consistently been reported.

"It is not surprising that there are discrepancies" between the radar images and the assessments reported to the Coast Guard, says Emily Kennedy, a policy analyst at the American Petroleum Institute, an industry group in Washington DC. “Remote-sensing applications can be challenging, since they often provide false positives because of natural phenomenon like sea kelp.” She notes that such images require a lot of “ground truthing” — confirming that the image shows a real slick by visiting the site, for example.

John Amos of SkyTruth says that, although there are conditions in which slicks that appear to be oil are not, this challenge is well understood and that the group was careful to weed out any suspect imagery. For additional cross-checking, MacDonald and his team have worked with On Wings of Care, a non-profit organisation based in La Cañada Flintridge, California, that runs surveillance flights over the Gulf of Mexico to take photographs of some spills that they matched to slick samples collected by boat.

MacDonald says that companies face legal repercussions if the Coast Guard traces a spill to them and it hasn’t been reported. However, he says, there seems to be no penalty for a wrong estimate. Under US law, companies are liable for fines that are proportional to the number of barrels spilled, but in the case of small spills, he says these fines are not generally pursued.

Amos says that although the environmental impacts of a single small spill are likely to be negligible, the cumulative effects of many small spills haven’t been assessed because of the underreporting. He worries that a lack of scrutiny might fuel a culture of complacency. “That,” says Amos, “can ultimately lead from small spills to big accidents.”