The Gaia spacecraft’s billion-pixel camera maps stars and other objects in the Milky Way.

Astronomers the world over are about to get their first taste of a tool that will transform their working lives.

Gaia, a space telescope launched by the European Space Agency (ESA) in late 2013, will release its first map of the Milky Way on 14 September. The catalogue will show the 3D positions of 2,057,050 stars and other objects, and how those positions have changed over the past two decades. Eventually, the map will contain one billion objects or more and will be 1,000 times more extensive and at least 10 times more precise than anything that came before.

The release next week will also include 19 papers by Gaia astronomers who have already seen the data. But independent teams are getting ready for their first glimpse. Lennart Lindegren, an astronomer at the Lund Observatory in Sweden and a major driving force in the Gaia project since it was first proposed in 1993, expects astronomers to produce 100 or so papers just in the weeks following the draft catalogue release.

Some groups have planned ‘Gaia hacking’ and ‘Gaia sprint’ events, at which researchers will collectively work out how best to exploit the sudden manna. “Gaia is going to revolutionize what we know about stars and the Galaxy,” says David Hogg, an astronomer at New York University who is leading some of these efforts. So what are some of the revelations that Gaia could make? 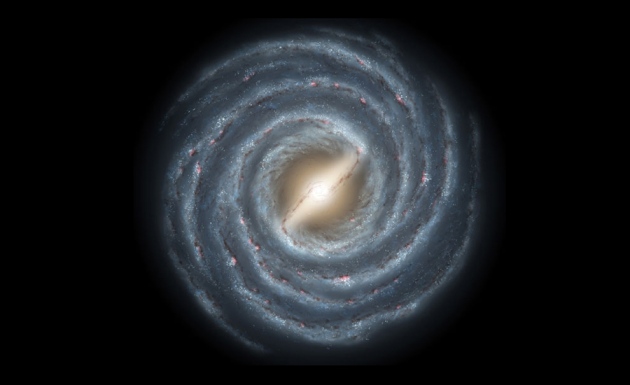 The structure of the Milky Way (artist's impression) may soon be better understood.

Gaia’s 3D view of the Milky Way in motion will reveal how stars move under its combined gravitational pull. This will add to knowledge of the Galaxy’s structure, including parts that are not directly visible from Earth, such as the ‘bar’ — two arms that stick straight out of the Galactic Centre and join it to the spiral arms.

Researchers will be able to identify ‘outlier’ groups of stars which stream together at high speeds, and which are thought to be remnants of mergers with smaller galaxies, says Michael Perryman, an astronomer at University College Dublin and a former senior scientist for Gaia at ESA. Combined with existing information about factors including stars’ colour, temperature and chemical composition, this detailed map will enable researchers to reconstruct the Galaxy’s archaeology: how it got to its present state over the past 13 billion years. “Over its lifetime, Gaia is going to radically impact our understanding of the structure of the Milky Way and its evolutionary history,” says Monica Valluri, an astronomer at the University of Michigan in Ann Arbor.

Where is the Milky Way's dark matter?

The details of star trajectories inside the Galaxy will reveal the distribution not only of visible matter, but also of dark matter, which constitutes the bulk of most galaxies’ mass. And that in turn could help to reveal what dark matter is.

Gaia might also put some exotic theories to the test. Standard dark-matter theory predicts that the gravitational field of the Galaxy is spherically symmetrical near the Galactic Centre but then becomes elongated “like an American football” farther out, Valluri explains. But an alternative theory called MOND (modified Newtonian dynamics) implies that the field is shaped more like a pancake. By looking at the velocities of stars, which depend on the gravitational field, Gaia will be able to test which theory is right.

The probe’s data might even reveal evidence for the idea that dark matter killed the dinosaurs. If dark matter is concentrated in a relatively thin ‘dark disk’ near the Galactic plane, says the audacious theory, it could trigger asteroid impacts that cause mass extinctions when the Solar System periodically crosses the disk. 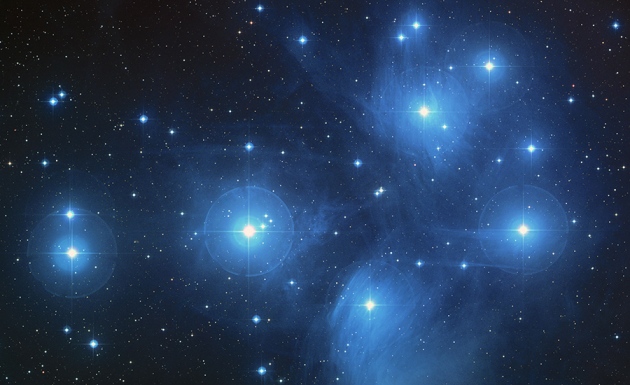 How far is the Pleiades star cluster from the Sun?

Precise measurements of how far individual stars lie from the Sun will enable astrophysicists to fine-tune their models of how stars evolve. That is because current theories rely heavily on estimates of distance to understand how a star’s intrinsic brightness changes during its lifetime.

One of the first groups of stars that researchers will want to check is the Pleiades, a cluster in the constellation Taurus. Most observations, including one1 made with the Hubble Space Telescope, put the cluster about 135 parsecs (440 light years) away. But results based on data from Hipparcos, an ESA space mission that preceded Gaia, suggest 2 that it is only 120 parsecs away.

Some have said that the discrepancy casts doubt on the accuracy of Hipparcos. Gaia uses a similar, but much more evolved, method to Hipparcos, so astronomers will be watching its observations closely. “I believe that the Hipparcos result will very likely be proved wrong by Gaia,” says David Soderblom of the Space Telescope Science Institute in Baltimore, Maryland, who is an author on the Hubble study.

Astronomers have discovered thousands of planets orbiting other stars, in most cases by detecting tiny dips in a star’s brightness when an orbiting planet passes in front of, or ‘transits’, it. Gaia will detect planets using another method: measuring slight wobbles in the star’s position caused by a planet’s gravitational pull.

“It seems like a good bet that the mission will reveal thousands of new worlds,” says Gregory Laughlin, an astronomer at Yale University in New Haven, Connecticut.

Gaia’s technique is best suited to detecting large planets in relatively wide orbits, says Alessandro Sozzetti, a Gaia researcher at the Astrophysical Observatory of Turin in Italy. And unlike the transit method, it directly measures a planet’s mass. If it works, it will be a striking comeback for a technique that has seen many false starts.

But finding planets in this way will require several years of observation, with a sneak preview expected by 2018, Sozzetti says.

How fast the Universe is expanding 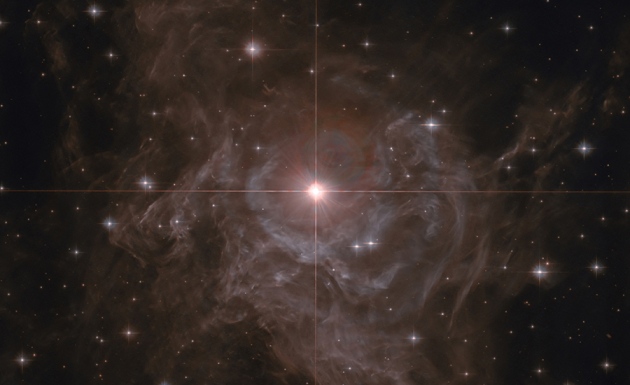 Variable star RS Pup, located in the Milky Way, is used as a standard candle.

Although Gaia is primarily an explorer of the Milky Way, its influence will reach across the entire observable Universe.

Gaia’s direct distance measurements work only for objects in the Galaxy or its immediate vicinity; to estimate the distances to faraway galaxies, astronomers typically wait for stellar explosions called Type Ia supernovae. The apparent brightness of such a supernova reveals how far away the corresponding galaxy is. Such signposts, or ‘standard candles’, have been the main tool for estimating the rate of expansion of the Universe. The measurements have led astronomers to propose that a mysterious ‘dark energy’ has been accelerating that expansion.

But to use supernovae as signposts, astronomers must compare them with other types of standard candle in our Galaxy. In its first release, Gaia will measure the distances of thousands of such stars to high accuracy. Eventually, the probe’s measurements will enable cosmologists to improve their maps of the entire Universe and perhaps to resolve some conflicting estimates of its rate of expansion.

As it constantly scans the sky, Gaia will also track and discover things much closer to home. It is ultimately expected to observe some 350,000 asteroids inside the Solar System, and to discover hundreds of new ones, says Gaia astronomer Paolo Tanga of the Côte d’Azur Observatory in Nice, France. These will include near-Earth objects (NEOs), those whose orbits bring them within about 200 million kilometres of Earth.

When it spots an NEO, Gaia can alert observatories, which can then use ground-based telescopes to establish whether the object is a threat. From its vantage point in space, Gaia will scan nearly the entire sky and so might reveal objects that, during certain times, are too close to the Sun to be observed from Earth, says Anthony Brown, an astronomer at the Leiden Observatory in the Netherlands who chairs Gaia’s data-processing collaboration. “We can observe in areas you cannot normally reach from the ground at the same time.”

By tracking the way certain asteroids orbit the Sun over several years, Gaia will also be able to perform sensitive tests of Albert Einstein's description of gravity, his general theory of relativity.

An earlier version of this story misinterpreted Paolo Tanga’s projections for the number of asteroids that Gaia will discover. This has now been corrected.