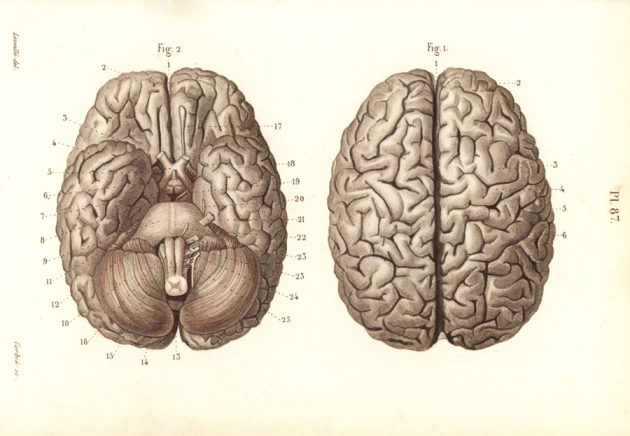 Researchers funded by the US Defense Advanced Project Research Agency aim to map and stimulate the brain's circuitry.

US researchers are banking on the hope that electrical devices implanted in the brain might one day restore memory to people who have lost it. On 9 July, the US Defense Advanced Research Projects Agency (DARPA) awarded a total of US$37.5 million to two research teams to study how memories are formed and retrieved and to develop devices to stimulate these processes in the brain. Here Nature offers a preview of the research to come from these awards.

Where is the money coming from?

DARPA is one of three US agencies to receive funding this year through the Brain Research through Advancing Innovative Neurotechnologies (BRAIN) Initiative, which President Barack Obama announced in April 2013.

DARPA has said that it plans to use its share of the money — $50 million this year — to fund study of brain disorders common to soldiers and veterans, such as post-traumatic stress disorder (PTSD) and memory dysfunction caused by traumatic brain injury. In May the agency awarded $56 million to support two teams in creating brain-stimulation devices to treat disorders such as PTSD and depression, and to map the neural circuitry involved in these conditions. The latest round of grants is focused on the use of such devices to restore memory function.

How will the devices be developed?

Both teams will initially be working with people with epilepsy who have entered hospital to have electrodes temporarily implanted into their brains to help locate where their seizures originate. The researchers will ‘piggyback’ off the implants, using them to monitor other brain activity, such as the electrical patterns that occur when the brain is storing or retrieving a memory.

What will each team focus on?

One group, led by psychologist Michael Kahana at the University of Pennsylvania in Philadelphia, will map the electrical patterns (made by firing neurons)  that correspond with memory formation. The researchers plan to recruit 100 people with epilepsy, many of whom tend to have mild memory problems, and record the activity in their brains while they play a computer-based memory game.

By comparing the differences in the patterns between each volunteer’s personal best and worst scores, the researchers will develop an algorithm for a personalized stimulation pattern to keep the brain performing at its optimal level. Then they will use that pattern to fire electrodes implanted in each patient’s brain, controlling the monitoring and stimulation with an external device the size of an iPhone, Kahana says.

A second team, led by neurosurgeon Itzhak Fried of the University of California in Los Angeles, plans to go a step further by creating an implant capable of recording and analysing brain activity and stimulating the brain in real time. The researchers say that their device will be one-tenth the size of the stopwatch-sized devices now used to treat Parkinson’s disease and depression.

Fried and his team plan to target a specific circuit in the brain’s entorhinal cortex, an area that feeds information into the hippocampus and is important for memory consolidation. In 2012, the group found that stimulating this circuit improved people’s performance in a computer game where they simulated driving a taxi around a city and dropping off passengers1.

For the first two years of the four-year DARPA grant, Fried and his team plan to continue studying people with epilepsy, but will eventually move on to people with brain injuries.

Are the implants dangerous?

The risks of these deep-brain-stimulation projects are unclear.

So far, Fried says, there is no evidence that stimulating the entorhinal circuit has any side effects. But it is possible that engineering a new brain-activity pattern could temporarily hijack and disrupt activity in other parts of the brain. To minimize such risks, researchers will need to determine the precise part of the brain where an implant will do the most good, Fried adds.

Kahana says that the amount of stimulation that his group will use is so low that he does not expect it to affect electrical activity in other parts of the brain.

Who will deep-brain stimulation help?

The researchers hope that the devices that they are developing will be able to treat many kinds of memory loss, including that from brain injury or neurodegenerative disorders such as Alzheimer’s disease. But they warn that the therapies can go only so far — no device can restore lost memories. At best, deep-brain-stimulation devices would only enhance the ability to form and retrieve new memories. And in some cases, an injury may be too severe for a device to do any good. “We’ve got to help people before they forget the names of their children,” Kahana says.

At present, there are few alternative approaches to treating memory disruption. No pharmaceutical compounds have proven very effective in permanently restoring the formation and retrieval of memories. And although researchers are finding that transcranial stimulation — in which an electrical current is applied to the outside of the skull — can help with certain learning tasks, it cannot yet be directed as precisely as a device for deep-brain stimulation. Transcranial devices also have limited reach — they are effective only in areas near the brain’s surface. The hippocampus, for instance, is too deep to reach by transcranial stimulation.