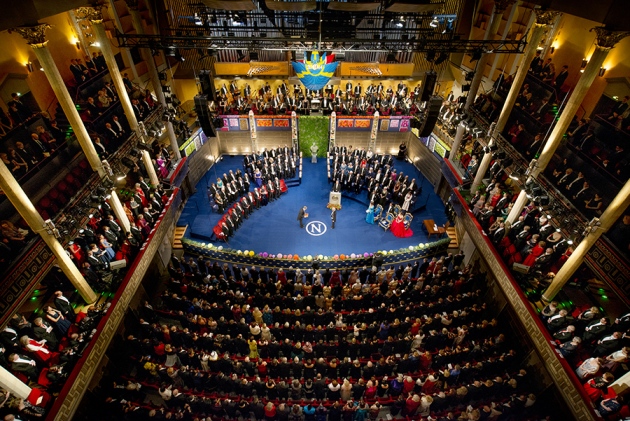 The medicine prize is awarded at a prestigious ceremony in Stockholm.

In an unprecedented move, the group that selects the winners of the Nobel Prize in Physiology or Medicine — the Nobel Assembly — has asked two of its members to resign following a scandal at the institute that supplies the assembly’s members.

But scientists around the world don’t see the events at the Karolinska Institute (KI) in Stockholm as a threat to the reputation of the medical prize. They say that the assembly is sufficiently separate to the KI and has handled the affair well so far.

The scandal involves the surgeon Paolo Macchiarini. Multiple inquiries have alleged that he committed scientific misconduct and subjected patients to unethical, experimental tracheal transplant operations, three of which occurred at the affiliated Karolinska University Hospital. Two of the patients have since died, and the third has required continuous hospital care since the transplant. In June, Swedish public prosecutors opened investigations following preliminary charges against Macchiarini of involuntary manslaughter and causing grievous bodily harm. Macchiarini has denied the allegations.

On 5 September, an independent report that revealed institutional problems at the KI mentioned Nobel Assembly members Harriet Wallberg-Henriksson and Anders Hamsten — both former KI vice-chancellors — for their roles in hiring Macchiarini in 2010 and subsequently extending his contracts. (Hamsten resigned as vice-chancellor in February after acknowledging that he had misjudged Macchiarini; the KI dismissed Macchiarini in March.) 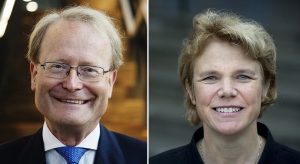 The call for Wallberg-Henriksson and Hamsten to resign came a day after the report and is a first for the 115-year-old panel, says neuroscientist Thomas Perlmann, secretary of the Nobel Committee, whose fixed-term members are elected from the more permanent assembly.

“The professionalism of some of the faculty at the Karolinska Institute has been called into question, and this won’t go away,” says Erwin Neher of the Max Planck Institute for Biophysical Chemistry in Göttingen, Germany, who won the medicine prize in 1991. “But I don’t think this discredits the Nobel prize — they are two different things.”

When Alfred Nobel died in 1896, he left the bulk of his fortune — amassed from his explosives businesses — to the Nobel prizes. His will specified which institutions would select each prize, and declared the KI in charge of medicine. The first prizes were awarded in 1901.

At first, the entire KI faculty selected the medicine winners, but by the 1970s it had grown too large for this to be practical — and a new law made all documents at state institutions accessible to the public, ruling out secret deliberations. So in 1977, the Nobel Assembly was created, comprising 50 KI professors; the Nobel Foundation pays for its operations.

The Nobel Committee has also done a good job of separating itself from the Macchiarini affair since it began, says neuroscientist Eero Castrén at the University of Helsinki. KI geneticist Urban Lendahl, who participated in the decision to hire Macchiarini, resigned his position as secretary-general of the Nobel Committee in February, notes Castrén. (Lendahl stepped down because he anticipated that he would be involved in the investigation.)

Two other assembly members — clinical immunologist Katarina Le Blanc, who co-authored a paper with Macchiarini that is under investigation by the Central Ethical Review Board, and Hans-Gustaf Ljunggren, who was dean of research at the KI from 2013 until February — have not been asked to resign because there is still “uncertainty over their roles” in the Macchiarini affair, says Perlmann.

“To protect the brand”, he adds, none of the three, nor Wallberg-Henriksson, nor Hamsten, has participated in assembly activities since February. Perlmann says that the Nobel Committee is not taking further action, but will monitor perceptions of the prize to see whether it needs to do more.

“It is important that institutions deal in a fair way with those whose judgement or moral probity has been called into question,” says Steven Hyman, director of the Stanley Center for Psychiatric Research at the Broad Institute in Boston, Massachusetts, who has nominated prize candidates to the Nobel Committee. “The Nobel Assembly seems to be doing this.”

He adds: “There is no benefit to the world, or to patients who have been harmed, by using a very serious incident to undercut a globally important institute.”

The assembly has survived other challenges, usually relating to complaints about its choices. In 1994, it encountered accusations — quickly discredited — that it had allowed a drug company to buy the 1986 medicine prize for Italian neuroscientist Rita Levi-Montalcini.

Just as the Swedish king never comments on politics, the Nobel Assembly never comments on such complaints. But during its 100th anniversary celebrations, it acknowledged some regrets — such as awarding a share of the 1923 prize for the discovery of insulin to John Macleod, whose role is now questioned, and the failure to recognize Oswald Avery, who identified DNA as the genetic material in the 1940s.

“The prize has survived many things,” says cell biologist Måns Ehrenberg of Uppsala University, who has served on the committee that selects the Nobel Prize in Chemistry. “The standard of evaluation no one can criticize.”

An earlier version of the caption for the lead picture erroneously stated that six Nobel prizes are awarded in Stockholm.