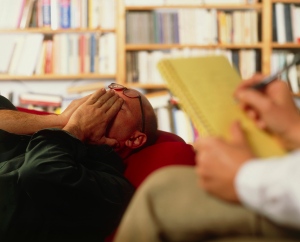 By helping to alleviate anxiety, drugs such as MDMA may be useful adjuncts to counselling for patients with stress-related disorders.

The benefits of MDMA-assisted psychotherapy for people with post-traumatic stress disorder (PTSD) persist years after the first treatment with the drug (also known as ecstasy), according to a follow-up study published in the Journal of Psychopharmacology1.

The finding gives hope to people with PTSD who do not respond to conventional treatments. However, the results come from a small-scale pilot study, and the outcomes have not been so convincing in other recently published work.

In the original trial, 20 patients with PTSD who had not responded to either psychotherapy or to conventional psychopharmacological drugs received MDMA (3,4-methylenedioxy-N-methylamphetamine) or a placebo during two eight-hour psychotherapy sessions2. The results showed a spectacular 83% response rate in the MDMA group, compared with 25% in the placebo group. A response was defined as a greater than 30% reduction in a standard measure of symptom severity, the clinician-administered PTSD scale (CAPS) (see 'Illegal drug shows promise in treating trauma symptoms'). The researchers think that MDMA decreases levels of fear and defensiveness and increases trust between patient and practitioner when used in a clinical setting.

This follow-up study of the same participants four years later1 showed that two participants had relapsed, but that on average the improvements in symptoms was maintained. No one reported ill effects from taking part in the study.

Rick Doblin, an author of the study and founder and executive director the Multidisciplinary Association for Psychedelic Studies in Santa Cruz, California, which funded the work, says that the results are the most significant step yet towards the association's goal of making MDMA a prescription medicine. “We've now shown that the results from the initial study were not some transitory and superficial psychedelic afterglow but were profound and lasting.”

David Nutt, a neuropsychopharmacologist from Imperial College London is also interested in the use of other prohibited drugs, such as psilocybin — the active ingredient in magic mushrooms — to treat depression. He says that it looks as though MDMA has enduring beneficial effects and no adverse effects. “However, rolling it out as a treatment will not be easy given the illegal status, so this will need to be changed,” he says.

But not everyone is so impressed. Jennifer Wild, a consultant clinical psychiatrist at King's College London, says that the small sample size means that the placebo effect cannot be ruled out. She also notes that eight of the participants were still in psychotherapy, and 12 were taking psychiatric medicines. “That's quite a lot in my opinion,” she says. “Ordinarily when people recover they don't have further treatment.” This suggests it could be the continuing treatment that has caused the improvement.

Michael Mithoefer, a private-practice psychiatrist based in South Carolina and leader of the study, says that it is a stretch to think that continued therapy is responsible for the lasting improvement. “These previously treatment-resistant people had an average duration of 19.5 years of PTSD before enrolling in the study,” he says. “The fact that it did have statistically significant results even with this small sample size is very encouraging, but larger studies are clearly needed to see if these results are reproducible.”

The follow-up study is one of a number of small-scale studies looking at MDMA and other psychedelic drugs. In data published last month3, clinical investigator Peter Oehen in Biberist, Switzerland, and Ulrich Schnyder, former president of the International Society for Traumatic Stress Studies in Deerfield, Illinois, describe clinically (but not statistically) significant decreases in PTSD symptoms for 12 people after MDMA-assisted psychotherapy in Switzerland.