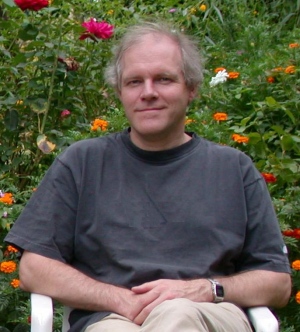 Jean-Pierre Demailly is a leader in an effort to create a researcher-run publishing system.

Mathematicians plan to launch a series of free open-access journals that will host their peer-reviewed articles on the preprint server arXiv. The project was publicly revealed yesterday in a blog post by Tim Gowers, a Fields Medal winner and mathematician at the University of Cambridge, UK.

The initiative, called the Episciences Project, hopes to show that researchers can organize the peer review and publication of their work at minimal cost, without involving commercial publishers.

“It’s a global vision of how the research community should work: we want to offer an alternative to traditional mathematics journals,” says Jean-Pierre Demailly, a mathematician at the University of Grenoble, France, who is a leader in the effort. Backed by funding from the French government, the initiative may launch as early as April, he says.

Many mathematicians — and researchers in other fields — claim that they already do most of the work involved in publishing their research. At no cost, they type up and format their own papers, post them to online servers, join journal editorial boards and review the work of their peers. By creating journals that publish links to peer-reviewed work on servers such as arXiv, Demailly says, the community could run its own publishing system. The extra expense involved would be the cost of maintaining websites and computer equipment, he says.

That cost is not small, but it could eventually be provided in part by the journals' users. The arXiv server, for example, costs about US$826,000 a year to run, and is funded by the Cornell University Library in Ithaca, New York; the Simons Foundation in New York and institutional members.

Demailly says that he first thought of open-access electronic journals that overlay arXiv eight years ago, but the concept became a reality only last June, when he was contacted by the Centre for Direct Scientific Communication (CCSD), based in Villeurbanne, France. The CCSD, a unit of the French National Centre for Scientific Research, develops open-access repositories such as the multidisciplinary archive HAL, which mirrors the arXiv site.

For the Episciences Project, the CCSD plans to create a publishing platform that will support online peer-reviewed journals. Each journal, or ‘epijournal’, would have its own editor and editorial board, and authors could submit their arXiv-posted papers to their journal of choice. The journal would then organize peer review, perhaps using workflow software provided by the CCSD. Peer-reviewed papers would be posted on arXiv alongside their un-reviewed versions. A central committee (led by Demailly) would manage new journal candidates and make recommendations on paper formatting, but each journal would be free to set its own policies (including whether to charge for publication).

Gowers plans to start a journal in the interdisciplinary field of additive combinatorics; Demailly would not say what other early epijournals might be. Gowers has strong views on shaking up research publishing — last year, he kick-started a boycott of the Dutch publishing giant Elsevier (see also Nature’s profile of Gowers).

The idea of overlaying arXiv is not new: some mathematics journals tried it in the early 2000s but scrapped the idea because libraries began dropping print subscriptions, says Demailly. Meanwhile, there are already some free, community-organized mathematics journals, such as Documenta Mathematica, funded by the German Mathematical Society. “They are doing things on their own with a small website; we will have a global platform capable of drastically reducing an individual journal’s administration costs,” Demailly says.

Demailly says that he expects to adjust the concept with feedback from the mathematics community. “If people want larger reviews linked to papers, or the possibility of online comments and blogs, we can offer this with only minor changes to the platform,” he says. At the moment, the model's success or failure hinges on buy-in from mathematicians — but the involvement of Gowers and other prominent mathematicians, such as Terence Tao of the University of California, Los Angeles, may help to build support.