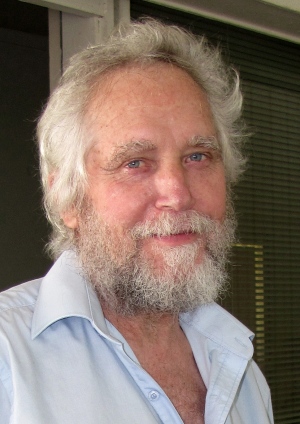 Endre Szemerédi, who has won the Abel prize.

An ‘irregular mind’ is what has won this year’s Abel Prize, one of the most prestigious awards in mathematics, for Endre Szemerédi of the Alfréd Rényi Institute of Mathematics in Budapest.

That is how Szemerédi (pronounced sem-er-ADY) was described in a book published two years ago to mark his 70th birthday, which added that “his brain is wired differently than for most mathematicians”.

Szemerédi was awarded the prize, worth 6 million Norwegian kroner (about US$1 million), “for his fundamental contributions to discrete mathematics and theoretical computer science, and in recognition of the profound and lasting impact of these contributions on additive number theory and ergodic theory”, according to the Norwegian Academy of Science and Letters, which awarded the first Abel prize as a kind of mathematics Nobel in 2003.

Discrete mathematics deals with mathematical structures that are made up of discrete entities rather than smoothly varying ones: for example, integers and point networks. Crudely speaking, it involves a kind of digital rather than analogue maths, which helps to explain its relationship to aspects of computer theory, particularly logic operations.

Nils Stenseth, president of the academy, who announced the award today, says that Szemerédi’s work shows how research that is purely curiosity-driven can turn out to have important practical applications. “Szemerédi’s work supplies some of the basis for the whole development of informatics and the Internet”, he says. “He showed how number theory can be used to organize large amounts of information in efficient ways.”

Szemerédi began his training not in maths, but at medical school. He was spotted and mentored by another Hungarian pioneer, Paul Erdös, widely regarded as one of the greatest mathematicians of the twentieth century.

One of his first successes was a proof of a conjecture made in 1936 by Erdös and his colleague Paul Turán concerning the properties of integers. They aimed to establish criteria for whether a series of integers contains arithmetic progressions: that is, sequences of integers that differ by the same amount, such as 3, 6, 9…

In 1975 Szeremédi showed that subsets of any large enough string of integers must contain arithmetic progressions of almost any length. In other words, if you had to pick, say, 1% of all the numbers between 1 and some very large number N, you can’t avoid selecting some arithmetic progressions. This was the Erdös–Túran conjecture, now supplanted by Szemerédi’s theorem.

The result connected work on number theory to graph theory, the mathematics of networks of connected points. The connection is most famously revealed by the four-colour theorem, which states that it is possible to colour any map (considered as a network of boundaries) with four colours such that no two regions with the same colour share a border. The mathematics involved is somewhat analogous to finding arithmetic progressions in strings of 'coloured' integers.

When mathematicians discuss Szemerédi’s work, the word ‘deep’ often emerges — a reflection of the connections it often makes between apparently different fields. “He shows the advantages of working on a whole spectrum of problems,” says Stenseth.

For example, the relationships between number sequences are relevant to computer science. One such link is provided by sorting networks, algorithms used to sort strings of numbers into a numerical sequence by making pairwise comparisons between the numbers and shunting their order around.  Szemerédi and his Hungarian collaborators Miklós Ajtai and Janós Komlós discovered an optimal sorting network for parallel processing in 1983, one of several of Szemerédi’s contributions to theoretical computer science. Electrical engineers working on sorting networks found fertile ground in Szemerédi’s research, even if they did not directly use his proofs.

Szemerédi’s theorem also brings number theory into contact with the theory of dynamic systems: physical systems that evolve in time, such as a pendulum or the Solar System. As Israeli–American mathematician Hillel Furstenberg demonstrated soon after the theorem was published, it can be derived in a different way by considering how often a dynamic system returns to a particular state; an aspect of so-called ergodic behaviour, which relates to how thoroughly a dynamic system explores the space of possible states available to it.

British mathematician Timothy Gowers at Cambridge University, a recipient of another prestigious mathematical prize, the Fields medal, says that many of Szemerédi’s results, including his celebrated theorem, are significant not so much for what they prove but because of the valuable ideas developed in the course of the proof.  Gowers says he has “absolutely no doubt that the award is extremely appropriate”.