Physicists excited by LHC anomaly The latest in a series of anomalies spotted in 5-year-old data from the Large Hadron Collider (LHC) could point to a new elementary particle, physicists hope. The oddities, in the decay of short-lived particles called B mesons, were announced on 18 April by the LHCb experiment at CERN, Europe’s particle-physics lab near Geneva, Switzerland. So far, the statistical significance of the results is below 2.5 sigma, falling short of the 5-sigma threshold usually needed to claim a ‘discovery’. It could fade as more data are analysed. However, the anomalies chime with previously reported peculiarities, and match predictions that some theorists had made on the basis of those reports. 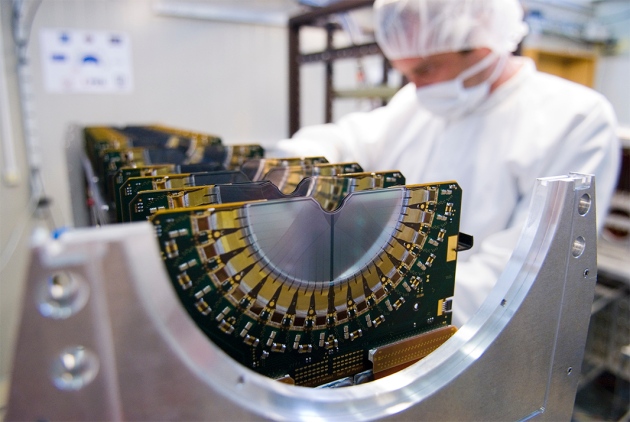 Detector elements of the LHCb experiment.

Google health study Google’s life-sciences spin-off, Verily, launched an in-depth health study of 10,000 people on 19 April. Project Baseline, in development since 2014, will track participants’ health for at least four years, to identify risk factors for developing disease. Data will be collected from wearable sensors, smartphones and regular clinic visits. The firm, in South San Francisco, California, is running the study with researchers at Stanford University in California and Duke University in Durham, North Carolina.

US malaria cases Malaria cases have been rising in the United States since the 1970s and could be more common than realized, according to a study published on 24 April (D. Khuu et al. Am. J. Trop. Med. Hyg. http://doi.org/b597; 2017). Between 2000 and 2014, 22,029 people were treated in hospital for the disease, the study found — more than was estimated by the US Centers for Disease Control and Prevention; treatment costs came to US$555 million. Transmission of malaria in the United States was wiped out in the 1950s, and the rise in cases probably results from an increase in visits to malaria-endemic areas, the authors say. They also highlight an apparent trend among travellers of avoiding preventive medications and measures.

March for Science Tens of thousands of people turned out across the globe for the March for Science on 22 April, probably the largest-ever demonstration in support of scientific research and evidence-based policymaking. The main demonstration took place in Washington DC, with protests in at least 600 cities around the world. The march was organized shortly after the inauguration of US President Donald Trump in January, largely in response to widespread alarm about his administration’s attitude towards science.

Green bank sold The UK government’s Green Investment Bank has been offloaded to Macquarie, a finance firm based in Sydney, Australia, for £2.3 billion (US$2.9 billion), ending a controversial sale process. The bank was set up to fund clean-power projects and energy-efficiency schemes, and at the time of sale was Europe’s largest green-energy investor. The sale had been expected for months and had been plagued by criticism; some fear the privatization could set back investment in green technologies.

Fake peer review Academic publisher Springer said on 20 April that it is retracting 107 papers from its journal Tumor Biology after finding that they had been accepted on the basis of fabricated peer-review reports. The problem has affected publishers including Springer before: investigations in 2015 and 2016 into irregularities in Springer’s peer-review process led to 122 retractions in various journals, including Tumor Biology. The latest papers were identified through extra screening processes put in place after those investigations. Springer stopped publishing the journal at the end of 2016; it is now published by Sage Publishing in Thousand Oaks, California. The latest retractions, all of papers by Chinese authors, have led to soul-searching in China. The state-run People’s Daily newspaper blamed a lack of serious punishment for academic misconduct and pressure on overworked clinicians to publish. (Springer is part of Springer Nature, which also publishes Nature.)

China space station China has for the first time resupplied a space station in orbit. A Tianzhou 1 cargo module automatically docked with the Tiangong 2 station on 22 April; the operation will be repeated several times to test different procedures, according to the China Manned Space Agency. Tiangong 2 was launched last September without a crew, with the aim of developing technology and expertise for a permanent space station that China plans to start assembling early next decade. Two astronauts were sent on board a month later for a one-month stay; the craft also carries multiple science experiments. Tianzhou 1 weighs in at 13.5 tonnes, 6 tonnes of which are supplies, making it heavier than the 8.6‑tonne Tiangong 2.

Spaceport accord Europe’s main spaceport, the Guiana Space Centre in French Guiana, has resumed operations following a month-long shutdown during widespread social unrest over living and working conditions in the overseas territory. An agreement reached on 21 April with the French government will bring some €2.1 billion (US$2.3 billion) in aid to French Guiana. The space centre, near the town of Kourou, had been caught up in the protests, with its roads blocked and three commercial launches delayed. The spaceport is also the location for research satellite launches, including the James Webb Space Telescope planned for next year. 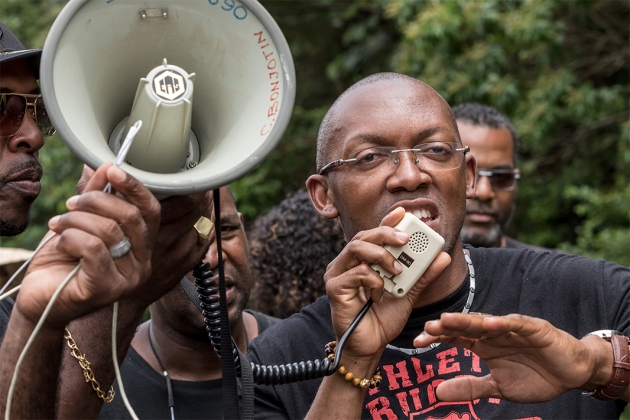 Kourou’s mayor François Ringuet speaks to the crowd after leaving the rocket-launching space centre (Centre Spatial Guyanais CSG) that he occupied with other protest leaders, on 5 April, in Kourou.

Atmosphere study A fleet of 28 atmosphere-studying ‘CubeSats’, including Australia’s first three research satellites since 2002, soared into space from Cape Canaveral, Florida, on 19 April. The miniature satellites are part of the QB50 international mission to study Earth’s lower thermosphere. This poorly studied part of the atmosphere, at between 200 and 380 kilometres altitude, is where cosmic radiation can affect space weather and satellite communications. When released from the International Space Station next month, the CubeSats will provide the first detailed 3D glimpse into these processes.

Geoengineering The United Kingdom unveiled an £8.6-million (US$11 million) programme of research into geoengineering — the science of altering the planet’s systems to counter global warming — on 20 April. The Greenhouse Gas Removal Research Programme will fund around 100 researchers working on projects that range from combining tree planting with farming in agroforestry schemes to using weathering of mining slag to absorb carbon dioxide from the air. The government-funded scheme could eventually help Britain to meet its commitment under the 2015 Paris climate agreement to try to limit global warming to 1.5 °C above pre-industrial levels.

Drug regulator’s fate Senior figures from the world’s leading pharmaceutical companies have warned of dire consequences for the European Union if the future of the European Medicines Agency (EMA) — currently based in London — is not swiftly resolved. The agency is almost certain to move from London when the United Kingdom leaves the EU, but no formal decision has been made on a new home. Presidents and vice-presidents of companies including GSK, Merck, Sanofi and Novartis said in an open letter on 24 April that a decision on the EMA’s new location should be taken as soon as possible — preferably in June. Otherwise, crucial work on approving new medicines and monitoring drug safety may be disrupted, they say.

Weather research The US Congress has passed its first major legislation involving weather research in more than two decades. Among other things, the law instructs the National Oceanic and Atmospheric Administration to focus on forecasting high-impact weather events such as strong, damaging storms, and to improve its temperature and precipitation forecasts on the timescale of two weeks to two years. The bill also authorizes the agency to continue developing the use of commercial satellite data. President Donald Trump signed the bill into law on 18 April.

The quest to wipe out Guinea worm is heading in the right direction again. The parasite is left in just four African countries, but an epidemic in dogs in Chad that emerged in 2012 threatened eradication efforts. The Carter Center in Atlanta, Georgia, which is leading the global eradication campaign, reports that dog infections are down by 37% in the first three months of this year compared with the same period last year. It credits better health education and the tethering of infected dogs. 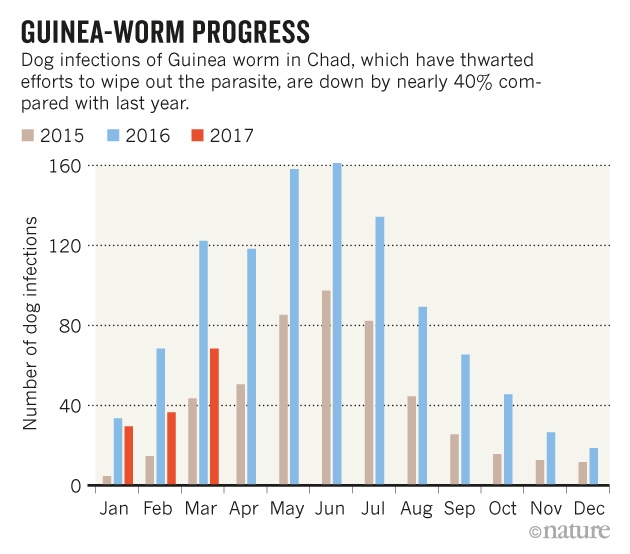