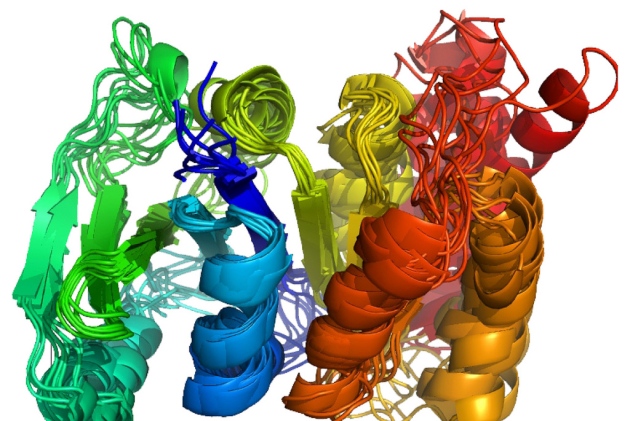 It’s speculation season once again for Nobel Prize watchers. Monday morning winners of the prestigious Lasker Awards for three areas of research in medicine and biology were named, and the so-called “American Nobels” often presage their European counterpart. Eighty-six Lasker laureates have gone on to receive a Nobel Prize, including 47 in the last three decades, according to the Lasker Foundation.

This year Kazutoshi Mori and Peter Walter will receive a Lasker for discovering how the body fixes misshapen proteins— which would otherwise cause damage or disease — in a part of the cell called the endoplasmic reticulum. Another Lasker will go to Alim Louis Benabid of Joseph Fourier University in Grenoble, France, and Mahlon DeLong, the researchers behind deep-brain stimulation, a surgical technique to alleviate certain symptoms of Parkinson’s disease. Mary-Claire King will also receive a Lasker for her work contributing both to medical science and human rights. She uncovered the gene location and significance of the BRCA1 gene, which increases risk of hereditary breast cancer. She also developed techniques that use DNA to help reunite missing persons and their families.

Walter, one of this year’s winners, spoke with Scientific American about the import of his discoveries and his sheer love for basic research.

[An edited transcript of the interview follows.]

Roughly one third of all proteins are modified, folded and assembled in the endoplasmic reticulum. What are the consequences if something goes wrong there?

The endoplasmic reticulum is the weigh station the protein goes through on the way to become either secreted from the cell or be embedded in the plasma membrane.

Unfolded proteins create stress on the cell, and you potentially create situations where you now put less assembled proteins in the plasma membrane. Not only do you compromise the integrity of the membrane, but you also put in machinery that may no longer function properly. You now have cells that may inappropriately signal and become rogue cells that could become a danger to the organism. Rather than doing that, the cells try to establish equilibrium and then establish a balance between capacity and need. If that balance cannot be achieved, the cell submits to apoptosis — cell death. With retinitis pigmentosa, for example, it’s an inherited protein misfolding disease. Proteins don’t fold properly; the whole cell gets frustrated by having misfolded proteins, so the cell kills itself.

What keeps unfolded proteins from overwhelming the system?

There are various machineries in the cell called molecular chaperones that protect proteins from undergoing premature interactions and bind to unfolded proteins and keep them soluble until they can properly mature. We are standing on the shoulders of giants — work that helped identify the role of the chaperones led to the Lasker Award a few years ago, and those researchers, too, stood on the shoulders of others.

When you first embarked on this area of research in 1993, what were you hoping to find?

We wanted to find the molecular machinery that allows one component of the cell to talk to another. There was virtually nothing known about what was taking place. We used yeast — a system easily accessible genetically — and asked the question how does one part of the cell know what is going on in another part. That led us into the mode of discovery. It was a very, very simple question — and at the beginning we had simple answers. The deeper we dove, however, the more complex it became and the more beautiful it became. The single-cell organism findings applied directly to human physiology, with pretty much everything we learned from yeast applying to humans as well.

What did you find in these cells?

We discovered machinery by which the cell has the capacity to fold the protein properly and pathway by which this happened. We mapped the components of the pathway and everything turned out to be more exciting than we could have hoped for. It was basically pure curiosity. We had no preconceived notions that it would turn out to be anything as exciting as it was in the end.

How were you able to map out what was happening?

We had engineered yeast cells and put an enzyme into the cells that produces a color reaction. So, normally when proteins folded in the cell they turned blue but mutant cells didn’t allow that signal to arrive and they didn’t change color. That allowed us to map the pathway and understand it.

What questions still need to be answered in this arena?

There are many, many questions at every level. At the mechanistic level we try to understand the machinery as enzymes and little molecular machines, trying to see how we can manipulate them the best and push them a little bit one way or another. At another level we have multiple branches at the signaling level and we need to understand how they interact with one another. At a clinical level we need to understand where we can interfere or intervene with the signaling pathway to the benefit of the patient.

What is your research focusing on now?

We are trying to figure out the molecular pathways by which the cells make the decisions and decide if they need to kill themselves. We’re also mapping some of the components on that decision pathway and trying to figure out how to influence them one way or another and put them in disease models so we can see how we can effect a benefit. We are working on how to screen for and isolate small molecules to impact that pathway and test them in animal models for a number of different diseases.

What significance will the Lasker Award have for that research?

I think it’s very thrilling for us. I’m particularly proud that we started from the basic research interest and it’s now developed into clinical relevance. We only got here because of sheer curiosity and the generous funding we got for this foundational research. At the beginning it wasn’t clear where the benefit would be and we didn’t propose at the beginning any translational applications. They only developed after we understood what was going on. The emphasis on basic curiosity in clinical research is so important to drive our knowledge forward. This award will help with that in an enormous way — the publicity that comes with this and the focus on it for human health.

What is the greatest challenge currently facing researchers in basic biology and basic research?

I think that right now there is a climate in research funding where you have to justify translational applications at the onset. Curiosity isn’t enough to justify that something is worth pursuing now and I think to some degree it’s not always the most effective way of moving forward.

What do you tell your students interested in basic research working in the current climate?

My advice is to be patient and that the pendulum swings back. You need to educate the public about the importance of your work and to just really justify the value of what you are doing. I think science education is incredibly important and the general public needs to understand that these discoveries are essential.

Do you see therapeutic applications arising from your initial breakthrough in the foreseeable future?

I certainly hope so. We have very active collaborations with biotechnology companies to develop components that will affect these pathways. They are putting them through all the tests for cancer and other diseases. I hope one of them will develop into a tangible drug. It’s a very different approach for cancer, for example, because what we are looking at here are pathways for every cell.