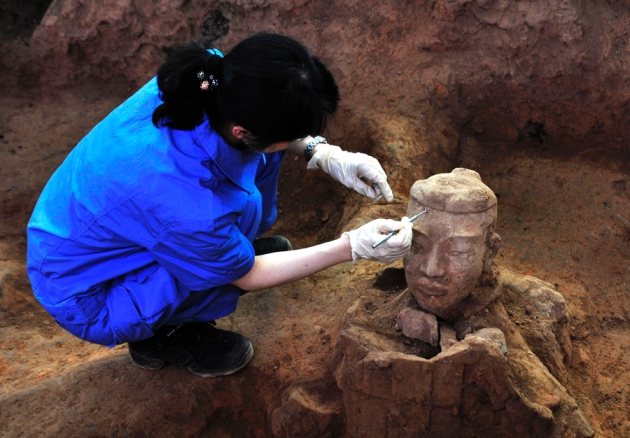 Working in the field sounds like a scientist's dream, but for some, it can turn into a nightmare. The largest survey yet to examine the prevalence of sexual harassment among scientists doing field work suggests that it is an overlooked problem1 — and that female trainees may be disproportionately vulnerable.

The authors, led by anthropologist Kathryn Clancy of the University of Illinois at Urbana-Champaign, say that clearer policies for reporting and dealing with abuse are needed.

The latest work builds on a smaller study presented in April 2013 at a meeting of the American Association of Physical Anthropologists in Knoxville, Tennessee. Back then, Clancy's team had surveyed 122 researchers — most of whom were female — conducting fieldwork in biological anthropology, either by telephone or online: 59% reported experiencing inappropriate sexual comments while working in the field, and 18% reported physical harassment or assault. In response to the presentation, the American Anthropological Association issued a zero-tolerance policy for sexual harassment.

Now Clancy's team has done a bigger, broader, Internet-only survey, capturing responses from more than 600 field scientists — 142 men, 516 women. The respondents came from a range of scientific disciplines including anthropology, archaeology and geology, and the questions covered a broader scope.

The team reports in PLoS ONE1 that 64% of respondents said that they had experienced sexual harassment and just under 22% said that they had experienced sexual assault. The majority of those reporting harassment were trainees, which the team defines as undergraduate or postgraduate students and postdoctoral researchers — five of them were in high school at the time of the incident.

Female trainees were the primary targets. Although many more women took part in the survey than men, they were still 3.5 times more likely to report having experienced sexual harassment than men. Women were also significantly more likely to have experienced sexual assault — 26% of women versus 6% of men — in the sample. For women, the perpetrators were predominantly senior to them professionally within the research team. Men who reported abuse, meanwhile, were more often targeted by their peers than by a superior.

In many instances, those who experienced abuse did not report it at the time. Few of the respondents reported being given codes of conduct and sexual harassment policies before the fieldwork began, so many victims were unaware of the process for dealing with incidents of abuse. Of those who did file formal complaints, few were satisfied with the outcome.

The authors acknowledge that their data have some limitations. The sample was potentially biased by self-selection: people may have been more likely to respond if they had negative experiences to report and to forward the survey link to people who they thought might have something negative to report. But it is also possible that some people with negative experiences were be reluctant to share their stories and so elected not to participate, which could bias the survey in the opposite way.

The authors also tackle the potential criticism that people with negative experiences may have taken the survey multiple times, leading to disproportionate representation of their views in the data set. The majority of respondents provided an e-mail address as a unique identifier, they report.

The team says that the field experiences of researchers, particularly those in the early stages of their careers, could be improved by clear policies stating the mechanisms for reporting harassment and assault, and responding to such reports.

Clancy suggests that sexual harassment during field trips could even be driving women away from science. However, Wendy Williams, who studies human development at Cornell University in Ithaca, New York, and who is the founder of the Cornell Institute for Women in Science, thinks that is going too far. “It is probably too facile to point to a single area and extrapolate from it a general statement about why women are opting out of academia,” she says. “There is some leakage in LPS (life sciences, psychology and social sciences) fields, perhaps some of this leakage is due to harassment, but other data show that the women opting out of assistant professorships are working in the private and government sectors so they have not ceased working in their fields or with male colleagues.”

Kate Hendry, an Earth scientist at the University of Bristol, UK, who has blogged about the practical challenges women face while conducting field-based science, has had no first-hand experience of harassment and thinks that attitudes towards women are improving. “I’ve always had a very positive experience during my career as a field scientist,” she says. “Attitudes towards women in fieldwork are changing and policies are being put in place to actually make things better.”