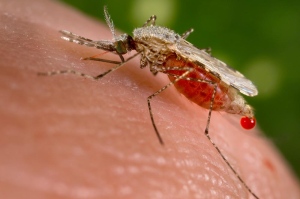 Malaria may be killing twice as many people as was thought, according to new statistics.

Researchers are questioning results from a high-profile paper suggesting that malaria may kill twice as many people worldwide as previously estimated.

The statistical analysis, published yesterday in The Lancet1 by researchers at the Institute for Health Metrics and Evaluation (IHME) at the University of Washington in Seattle, nearly doubles the World Health Organization (WHO) estimate of global malaria deaths in 2010, revising the figure upwards from 655,000 to 1.24 million.

But Bob Snow, of the Malaria Public Health & Epidemiology Group at the Centre for Geographic Medicine in Nairobi, Kenya, who was one of the paper’s peer reviewers, says that there are considerable weaknesses in the researchers’ methodology.

For example, because official cause-of-death reports in developing countries are often unreliable or nonexistent, the IHME team used ‘verbal autopsies’, conducted with friends and family of the deceased, to compile the death-toll estimate (see Verbal autopsy methods questioned).

“Verbal autopsy is a very blunt tool — in some cases it is about as good as flipping a coin for working out the cause of death,” says Snow. “It can be useful if somebody has died of an obvious cause, such as being run over by a bus, but it’s not very useful for the mixed bag of symptoms malaria is associated with. But in this study, they have essentially taken most deaths from fever and assumed they are due to malaria — that’s a fundamental problem.”

Kevin Marsh, chairman of the WHO’s Malaria Policy Advisory Committee, who works with Snow in Nairobi, shares his concerns. “They present these numbers as though they are ‘real’ numbers, making rather immodest statements such as ‘these data show’ rather than ‘we believe these indicate’ — it’s a language issue,” he says. “Overall, it’s always useful and stimulating to have new estimates of disease, but it can be a sterile argument over whose numbers are best.”

The authors acknowledge that there are problems with the use of verbal autopsies, but say that it is better than other methods. “Verbal autopsies are simply useful interim tools for where death registration doesn’t exist,” says Stephen Lim, professor of global health at IHME and a co-author on the paper.

“I don’t think either the IHME or the WHO know how many people die of malaria worldwide — the truth is that nobody really knows. But that’s not going to get the headline news,” says Snow.

The research did attract considerable attention in the media, and was hyped by Richard Horton, editor-in-chief of The Lancet, who wrote in a 27 January Twitter post that “a revolution is about to strike”.

Some of the authors’ conclusions are indeed revolutionary. They suggest that, contrary to mainstream medical wisdom, large numbers of adults die from malaria: the new figures indicate that 42% of malaria deaths worldwide were people over the age of five, eight times higher than the WHO's figures. In areas where malaria is endemic, it is believed that children suffer infections frequently, and that those who do not die before the age of five will be highly immune for the rest of their lives.

“Our figures don’t mean that immunity in adults doesn’t exist — that is an important distinction. It simply means that the extent of immunity is lower than previously thought,” says Lim.

The IHME, the WHO and most researchers do agree on a few points: deaths from malaria are declining, following a peak in 2004 — which the IHME pegs at 1.8 million, double the WHO’s estimate. This is attributed to the boom in funding from organizations such as the Global Fund to Fight AIDS, Tuberculosis and Malaria and the Bill and Melinda Gates Foundation, for prevention measures, such as bednets, targeting children and pregnant women. Such funding increased from US$250 million in 2001 to more than $2 billion in 2009, and deaths in Zambia and Tanzania, for example, fell by 30% between 2004 and 2010, according to the IHME.

Richard Feachem, founding executive director of the Global Fund to Fight AIDS, Tuberculosis and Malaria and member of the IHME scientific oversight group, says that this work to reduce infections among children could explain the higher rate of malaria in adults: without frequent infection during childhood, many adults may not have the same degree of acquired immunity that previous generations had.

“There may be more malaria deaths than we thought, but we are still winning the battle — deaths are coming down dramatically,” says Feachem. “That should be taken as endorsement of the efforts that we’ve all been making, and this should be a clarion call to continue those investments.”