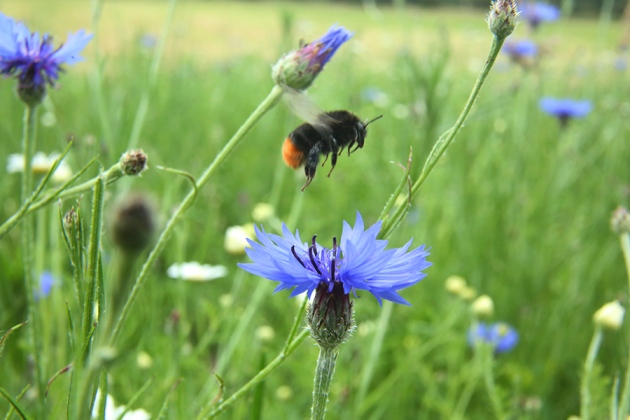 The plight of pollinators and their ecosystems was the subject of the first assessment by the intergovernmental biodiversity panel IPBES.

A global science body set up to assess the ecological health and biodiversity of the planet is struggling to solve its own lack of diversity: a monoculture of natural scientists on its staff.

The Intergovernmental Science-Policy Platform on Biodiversity and Ecosystem Services (IPBES) was established in 2012 to assess scientific and local knowledge on the state of the natural world. From the outset, the United Nations body planned to recruit a mixture of specialists to help to inform its reports: from natural scientists and economists to social scientists, anthropologists, environmental philosophers and indigenous peoples such as fishers and farmers with local knowledge about their environment.

But that hasn’t happened, concedes IPBES chair Robert Watson, a climate scientist at the UK’s Tyndall Centre for Climate Change Research in Norwich who formerly chaired the Intergovernmental Panel on Climate Change (IPCC) — the organization on which IPBES is roughly modelled.

“We have to up our game,” he says. “We’re now asking experts within IPBES to talk to people in their communities, to explain what IPBES is about and show that social scientists have a key role.” He and other researchers emphasized the need for the organization to reach out to social scientists in a correspondence published on 20 April in Nature.

But IPBES has also decided to postpone its main social-sciences programme for 2016 — which critics say won’t endear the organization to the people it is now urgently trying to recruit.

IPBES does not publish data on the disciplinary diversity of the authors of its reports, which itself is an annoyance for critics,  but some researchers have pieced together estimates. In February, a few days before IPBES held a meeting in Kuala Lumpur to release its first report — on the global decline of pollinators — three academics estimated in another correspondence to Nature that the social sciences and humanities made up less than 10% of most expert groups within IPBES. They argued that the proportion should be at least 30%.

Alice Vadrot, a political scientist at the University of Cambridge, UK, who co-authored that correspondence, says that one reason for the imbalance may be a difference in world view between specialists.  Environmental ethicists and anthropologists — the kinds of academic that IPBES wants to attract — might be put off by language such as ‘ecosystem services’ that dominates IPBES programmes, which is more typically used by economists and natural scientists, she says.

Another difficulty, as Watson sees it, is that there’s more funding for natural scientists to do environmental research than there is for social scientists — making for a larger pool of experts to choose from.

But others say that a major problem is how IPBES picks its experts. Processes for nominating IPBES authors are largely handled through UN member states’ environment ministers, who typically have contacts within the natural-science community, says Watson. From those nominated, researchers within IPBES are supposed to select men and women from different geographical regions and with diverse expertise — but given the slim pickings they have to choose from, this doesn’t always happen.

A fairer process, says Malte Timpte, a political scientist at the Natural History Museum, Berlin, who attended the Kuala Lumpur meeting as an observer on behalf of the non-profit German Network-Forum for Biodiversity Research, might start by altering the rule that 80% of authors must be selected from nominations by UN member states and just 20% from environmental or scientific organizations, such as the International Union for the Conservation of Nature. The IPCC does not stipulate such a split, for instance. But Watson argues that governments are better placed than non-governmental organizations to make recommendations.

IPBES’s failure to attract more diversity isn’t for lack of will, says Esther Turnhout, a political scientist at Wageningen University, the Netherlands. But she does think there have been missed opportunities.

At its February meeting, for instance, IPBES said that it would postpone some of this year’s programmes — one of which is a report on understanding the diverse ways in which people value biodiversity and nature‘s benefits. “This is the main social science deliverable, so now it will be even harder to attract social scientists,” says Turnhout. Instead, member states voted to go ahead with a global assessment of biodiversity, as well as several regional assessments and a report on land degradation.

Watson says that the postponements were needed because IPBES is not getting funding fast enough (it hopes to raise US$42.7 million by 2019, and will have accrued $28 million by the end of 2016). “Many governments can only promise one year of funding at a time,” he says, adding that member states were also concerned about the heavy workload associated with kicking off so many work packages simultaneously.

Another contentious outcome of the February meeting was a decision to scrap a mid-term external review of IPBES’s performance. Instead, the organization will have one external independent review, probably in 2019, when its biodiversity global assessment is complete. “It’s regrettable because that would have been a good opportunity to look at how IPBES is performing”, says Turnhout.

“Internally we will have reviews”, says Watson. “We want to be honest about those, because we all have an interest in making this work”.