The rumours were true. After more than a decade of searching and months of speculation, researchers with the Advanced Laser Interferometer Gravitational-Wave Observatory (LIGO) revealed that they had discovered evidence of gravitational waves.

The signal they observed came from the collision of two black holes about 400 megaparsecs (1.3 billion light years) from Earth.

“This was a scientific moonshot — and we did it, we landed on the Moon,” said physicist David Reitze, executive director of the LIGO Laboratory.

Nature was at the Washington DC press conference where the LIGO team announced its big find. 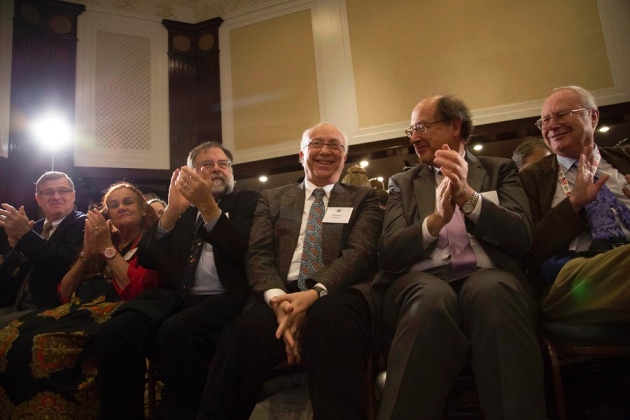 Hundreds of people gathered at the National Press Club to learn whether LIGO really had found gravitational waves. Anticipation was high thanks to the tantalizing rumours that had been swirling over the past few months. 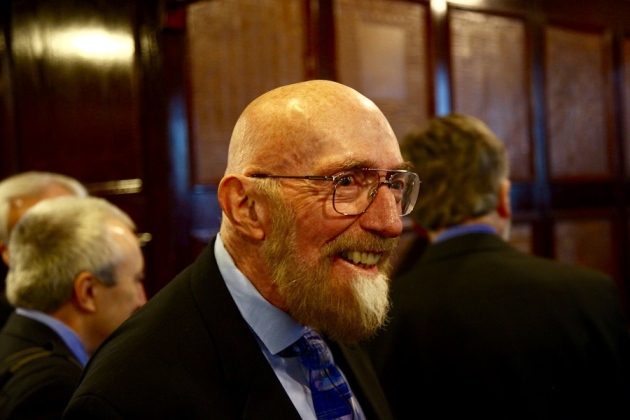 Physicist Kip Thorne (pictured above) helped to found LIGO, together with Ronald Drever from the California Institute of Technology in Pasadena and Rainer Weiss of the Massachusetts Institute of Technology in Cambridge. “Einstein comes out being a success,” he said of LIGO's discovery of ripples in space-time, which help to confirm Einstein's general theory of relativity. 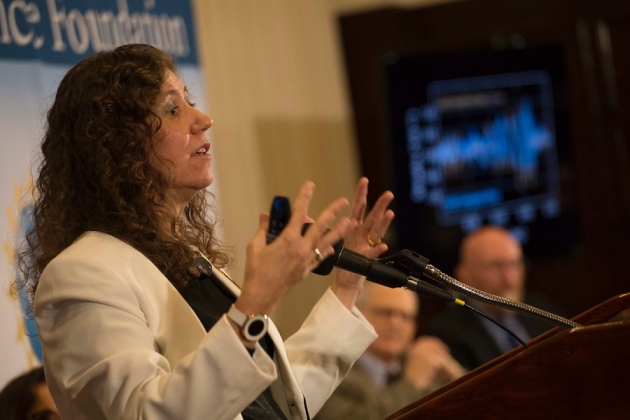 “It's the beginning of a new era,” says LIGO spokesperson Gabriela González (pictured above), a physicist at Louisiana State University in Baton Rouge. More than 1,000 scientists are part of the LIGO team, which operates facilities in Hanford, Washington, and Livingston, Louisiana. 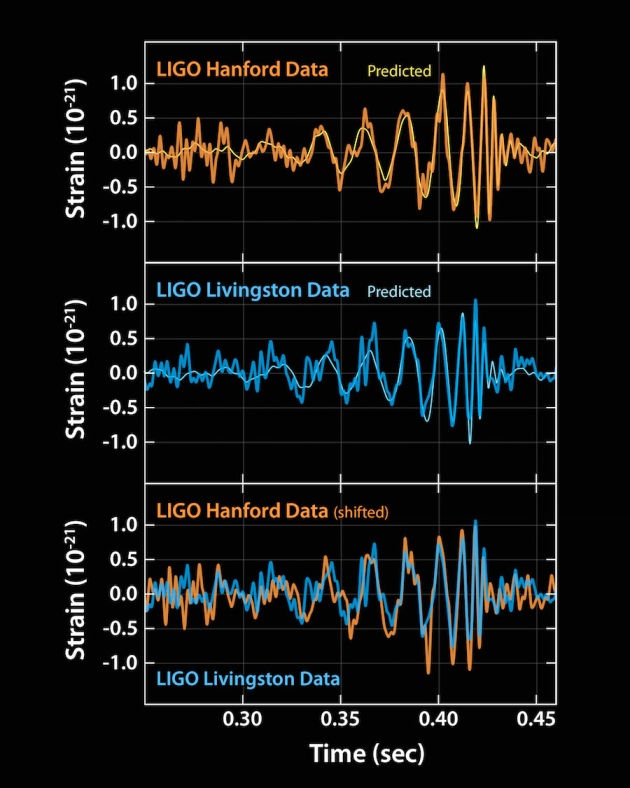 Just before noon on 14 September 2015, LIGO scientists at the Max Planck Institute for Gravitational Physics in Hannover, Germany, noticed a strange signal: a wave that resembled the chirp of a bird with a rapidly increasing pitch.

The diagram above contrasts the signal detected by LIGO's facilities in Washington and Louisiana with scientists' predictions of how such a signal would appear. 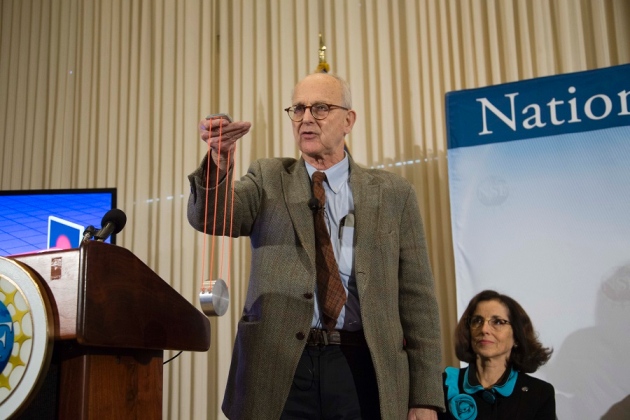 Weiss demonstrates how the mirrors within each LIGO facility's tunnels are suspended to dampen vibrations that could interfere with the detection of gravitational waves. (For more on how LIGO works, see 'Hunt for gravitational waves to resume after massive upgrade'.) 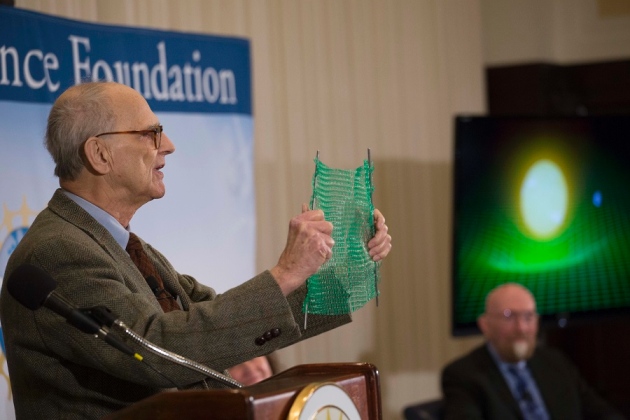 Rippling through the Universe

Here, Weiss uses a prop to demonstrate how gravitational waves stretch and compress the fabric of space-time. 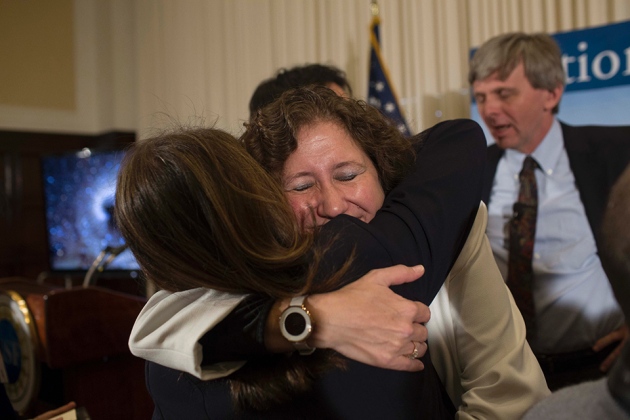 González and other LIGO scientists celebrated their discovery with press conferences at multiple sites around the world. But their work is only beginning. Efforts are under way at the two LIGO facilities to improve the detectors' performance before observations restart, probably sometime this summer.