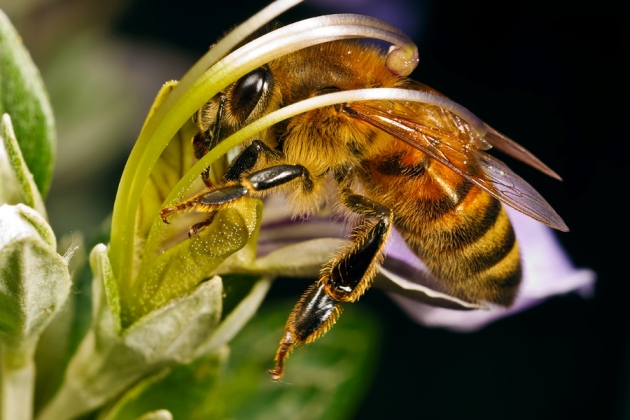 The first in a series of new global biodiversity assessments will focus on pollinators such as bees.

An international push to protect global biodiversity will take centre stage in Bonn, Germany, next week as researchers gather to discuss its first project — assessing the health of bees and other pollinators.

The Intergovernmental Platform on Biodiversity and Ecosystem Services (IPBES) in Bonn aims to halt attacks on ecosystems and track the ecological health of the planet. As part of its first scientific meeting, scientists will thrash out the details of the pollinator assessment, which includes analyses of the causes of the decline in bee populations and how it might affect food production.

The review is the first in a series of ambitious biodiversity assessments that IPBES hopes will inform policy decisions. The platform’s high-level international leadership makes it more likely that its results will be taken seriously, says executive secretary Anne Larigauderie.

Governments established IPBES in 2012 in response to concerns from the scientific community about the lack of international efforts to tackle threats to biodiversity. It now has 118 member nations. Modelled on the Intergovernmental Panel on Climate Change (IPCC), IPBES brings together scientists and decision-makers to monitor the state of the world’s biodiversity and natural resources. There is a sense of urgency to the work; for example, the amount of land lost to soil erosion jumped from 15% in 1991 to 24% in 2008.

One of the platform’s key tasks is to assess scientific, social and local knowledge of the diversity of life on Earth, and predict how ecological changes will affect ecosystems and people. Like the IPCC, the platform will not conduct its own research; instead, it will build on existing work, such as the 2005 United Nations Millennium Ecosystem Assessment. IPBES aims to feed its conclusions into policy debates on how to protect ecosystems and pursue sustainable economic growth.

The pollinator study will be followed by one on biodiversity modelling, which will be discussed by a separate group of scientists in the Netherlands in October. It will review existing ways of evaluating ecological diversity, including computer simulations and measures of species abundance used to compile, for example, the Red List of Threatened Species, drawn up by the International Union for Conservation of Nature (IUCN), based in Gland, Switzerland.

The assessment will also explore the need for more complex simulations of ecological processes and their outcomes. These could use economic and social parameters similar to those developed for the IPCC, such as population growth rates or per capita food consumption. That would improve the ability of ecologists to predict future trends in biodiversity, gauge their impact on society and compare different scenarios.

Larigauderie says that IPBES aims to complete its first two assessments by the end of 2015, a goal that she acknowledges is “very ambitious”. Future candidates for assessment, to be discussed at an IPBES meeting in January, include land degradation and restoration; regional assessments of regions such as Africa or Europe; and invasive species.

In all its reviews, IPBES will aim to identify gaps in scientific knowledge. It plans to help fill these by holding annual meetings with research organizations and funding agencies to discuss its findings and suggest where future research efforts are needed.

IPBES aims to stand out from other bio­diversity assessments — as well as from the IPCC — by incorporating traditional knowledge and social science in its assessments. The former is often overlooked by scientists, says Douglas Nakashima, chief of the indigenous knowledge unit at the Paris-based United Nations Educational, Scientific and Cultural Organization. But there are many examples of such knowledge of local ecosystems turning out to be of great value, he adds.

Nakashima, who will be assisting IPBES’s work in this area, points to the use of fire by Australian Aborigines to manage tropical savannas as an example. Scientists had once thought that fire was damaging to the environment, but they now realize that it helps key species to propagate. The ability to incorporate such knowledge “will be be a key measure of the platform’s success”, says Larigauderie.

But Thomas Brooks, head of science at the IUCN, is worried that the platform’s budget — US$43.5 million over five years, half of which has been pledged so far — is “much too small”. He fears that the lion’s share will go towards assessments, leaving little for activities such as boosting monitoring capabilities in poor countries. “There needs to be a more balanced allocation,” he says.

Brooks also urges IPBES to develop guidelines to enable partners such as the IUCN to offer expertise and in-kind contributions, such as providing staff, to the assessments.

Larigauderie says that about 40% of funds — roughly $1.2 million in 2014 — will go to boosting monitoring capabilities, and adds that guidelines for partnerships, which should not preclude in-kind contributions, are likely to be finalized at the IPBES meeting in January. The biodiversity effort, she says, is open for business.