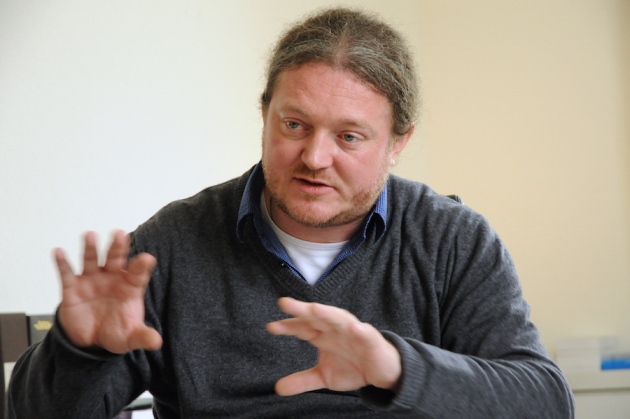 Leading plant biologist Olivier Voinnet has been suspended for two years by the French National Centre for Scientific Research (CNRS), after two investigations found evidence of misconduct in his work.

The suspension would take effect, however, only if and when he returns to the CNRS, Europe’s largest basic-research agency, says its spokesperson Julien Guillaume. Although Voinnet is a senior scientist with the CNRS, he has been on secondment at the Swiss Federal Institute of Technology Zurich (ETH Zurich) since November 2010.

On 10 July, both the CNRS and ETH Zurich published findings of separate investigations into the work of Voinnet, who is renowned for his research on how RNA interference allows plants, invertebrates and mammals to combat viruses.

Each body reported that there was no evidence of data fabrication — however, images had been manipulated in Voinnet’s papers, amounting to scientific misconduct. A statement from ETH Zurich’s executive board said that the papers with errors that Voinnet published while he was at the Swiss institution are not considered to be cases of scientific misconduct under its rules — so it is giving Voinnet an “admonition” for breaching its guidelines for research integrity and good scientific practice.

Posts on the PubPeer website (a forum for discussing research papers which allows anonymous comments) in December 2014 raised queries about images in Voinnet’s work, triggering investigations both at the CNRS and at ETH Zurich. The Swiss institution released a 22-page report detailing the results of an examination into 32 of Voinnet’s papers. Meanwhile, the CNRS has published only a brief statement on its website because the report detailing its investigation’s findings cannot be released under French law, Guillaume says.

The CNRS statement says that its investigation found “deliberate chart/diagram manipulations, in breach of the ethical standards applicable to the presentation of scientific results”. The affair has “tarnished the reputation of the CNRS and of research at large”, says the statement, which could not legally directly detail the disciplinary sanctions that the CNRS has taken, notes Guillaume. Those actions are, however, are reported anonymously in the institution’s official journal, in which CNRS president Alain Fuchs announced the two-year suspension of a 'Mr. V' for the same matters, citing problems detected in 13 articles. The severity of the sanction also reflected the researcher's seniority, and his international scientific renown, added the journal.

ETH Zurich’s report details an investigative commission’s finding of different kinds of errors in “about 20 papers”, including flaws in figures such as “willful modification, duplication or mislabelling of images in order to make them look cleaner or more convincing, without affecting the overall conclusion of the original experiment”, as well as less serious manipulations. “The majority of problematic papers contained clearly identified cases of misconduct,” the report said — although it added that most of these cases involved images that had been processed (such as to splice images together, or enhance contrast) without that modification being acknowledged. Such actions constitute the institution’s lowest grade of misconduct. It recommended three retractions, on top of two papers that have already been retracted.

“The tragedy is that the experiments that were (mis)reported in the papers investigated by the commission were actually conducted and, as based on the data inspection by the commission, executed with care,” the report adds. It notes that although not all papers have been retested, the conclusions of some of Voinnet’s work have been reproduced by other scientists.

Voinnet will continue his research at ETH Zurich for an "unlimited period" says Detlef Günther, the institution's vice-president for research and corporate relations. But an external adviser will be attached to his group to oversee changes in working practice and the institution will monitor and review future publications.

According to the ETH Zurich report, Voinnet had “collaborated fully throughout the enquiries, providing original data (some over a decade old) and always answering questions even if they were of delicate nature”.

In a statement, Voinnet said: "I very much regret not exercising the necessary care during the publication process, and I take complete responsibility for all errors. I sincerely apologise for the uncertainty and difficulty this has caused members of my group and my colleagues. In future, I will work with the utmost care when publishing data.”