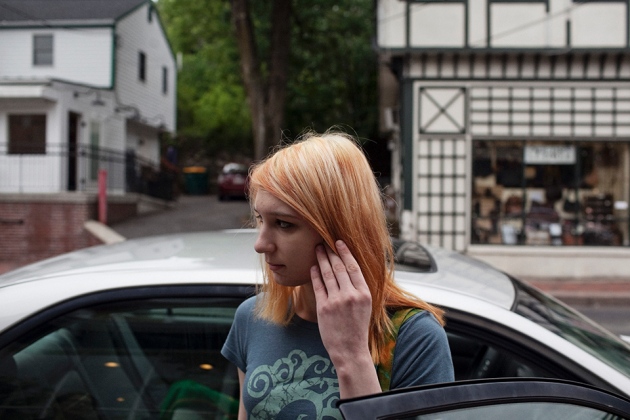 Under current guidelines, transgender teenagers are advised to wait until 16 to begin hormone treatment.

For transgender children who think their bodies are the wrong sex, puberty can be terrifying. To alleviate this psychological trauma, physicians are increasingly giving transgender adolescents drugs to block puberty until their bodies — and decision-making abilities — are mature enough to begin cross-sex hormone treatment, typically at age 16.

But the side effects of such therapy are largely unknown, and researchers and clinicians are still trying to determine how to treat children who question the gender they were assigned at birth. A US study set to begin recruiting participants in May could offer some clarity.

Funded by the US National Institutes of Health (NIH), the US$5.7-million project will be not only the largest-ever study of transgender youth, but also only the second to track the psychological effects of delaying puberty — and the first to track its medical impacts. It comes as the NIH and others have begun to spend heavily on research related to the health of transgender people, says Robert Garofalo, a paediatrician at Ann and Robert H. Lurie Children’s Hospital of Chicago, Illinois, and a leader of the study. “We seem to really be at a tipping point,” he adds.

About 75% of children who question their gender identify as the gender assigned at birth by puberty. But those who identify as transgender in adolescence almost always do so permanently. Denying them the ability to transition is unethical, says bioethicist Simona Giordano of the University of Manchester, UK. “Not treating adolescents is not being neutral,” she says. “It means exposing children to a lot of harm.”

Still, there is no clear age at which children can consent to irreversible treatments, including to hormones. To allow more time to decide and to let their bodies mature, transgender children on the cusp of adolescence are often given drugs called GnRH agonists that block the effects of sex hormones. This is “the safest way to relieve transgender adolescents at the worst time of their life”, says Wylie Hembree, an endocrinologist at Columbia University in New York City.

Only one study, published in 2014, has examined the psychological effects of such treatment. Child psychiatrist Annelou de Vries and her colleagues at VU University Medical Center in Amsterdam monitored a group of 55 trans­gender adolescents who received puberty blockers at around age 13, cross-sex hormones at about 16 and gender-reassignment surgery at around age 20. They found study participants — now in their 20s — to be as mentally healthy as their non-transgender peers (A. L. de Vries et al. Pediatrics 134, 696–704; 2014).

Less is known about how postponing puberty affects physical health. GnRH agonists have been used for decades to treat children who start to mature too early. But some scientists worry that putting off puberty in older children may disrupt bone and brain development, reducing bone density and leading to cognitive problems.

Most gay and lesbian researchers are out in the lab

Later this year, the Endocrine Society will update its guidelines for treating transgender youth. Stephen Rosenthal, a paediatric endocrinologist at the University of California, San Francisco (UCSF), and a leader of the new study, anticipates two major changes. One is to discontinue blanket advice to withhold cross-sex hormone therapy until age 16, to allow flexibility on the basis of when a child enters puberty.

The other change addresses a more controversial topic: whether to allow prepubescent children to live as the gender they identify with. Because most children who question their gender do not do so past adolescence, many psychologists discourage “socially transitioning” until the teenage years. Other clinicians use a “wait and see” approach.

But encouraging children to live as the gender they identify with is an increasingly popular choice. “There’s been a real sea change,” says Diane Ehrensaft, a psychologist at UCSF. She reports seeing more prepubescent patients recently who have already transitioned socially.

Many transgender-rights activists support this model, and liken any other approach to gay-conversion therapy. “You’re telling a kid, ‘I don’t believe you’,” says Asaf Orr, staff attorney at the National Center for Lesbian Rights in San Francisco. The best strategy, he says, is “to affirm a child’s gender exploration, regardless of what the end result is going to be”.

Turning point: Out for chemistry

The debate is so heated — and evidence so sparse — that the authors of the American Psychiatric Association’s 2013 Diagnostic and Statistical Manual of Mental Disorders (DSM-5) were unable to reach a consensus. “People are making declarations of knowledge that are their belief systems, that aren’t also backed up by empirical research,” says Jack Drescher, a psychiatrist at the William Alanson White Institute in New York City.

Nevertheless, several US states and Ontario, Canada, have banned transgender-conversion therapy, which may include any practices that do not actively help children to live as the gender they identify with. No matter the approach, Giordano says, clinicians and families should help children to understand what they are experiencing. “Going through the social and physical transition is a long journey,” she says.