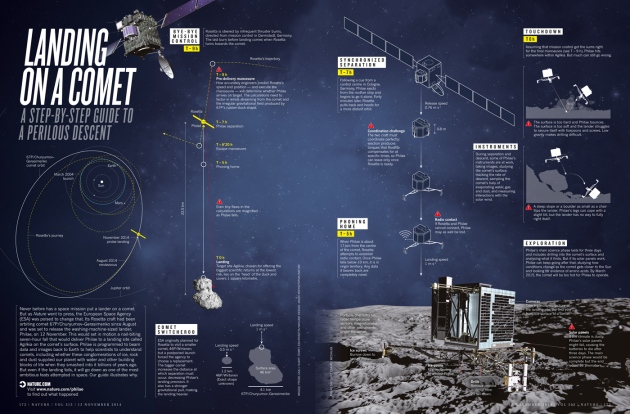 Never before has a space mission put a lander on a comet. But the European Space Agency (ESA) plans to change that. Its Rosetta craft has been orbiting comet 67P/Churyumov–Gerasimenko since August and is set to release the washing-machine-sized lander, Philae, on 12 November. This would set in motion a nail-biting seven-hour fall designed to deliver Philae to a landing site called Agilkia on the comet’s surface. Philae is programmed to beam data and images back to Earth to help scientists to understand comets, including whether these conglomerations of ice, rock and dust supplied our planet with water and other building blocks of life when they smashed into it billions of years ago. Our step-by-step guide identifies the biggest obstacles to a successful landing — although even if the landing fails, it will go down as one of the most ambitious feats attempted in space. 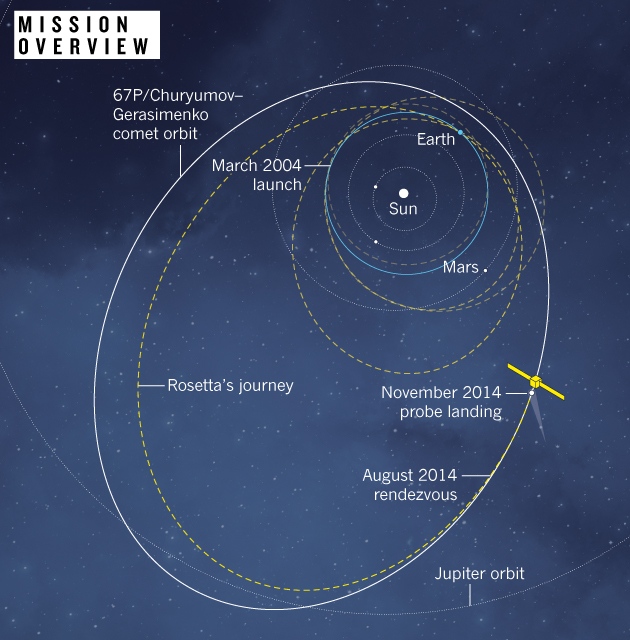 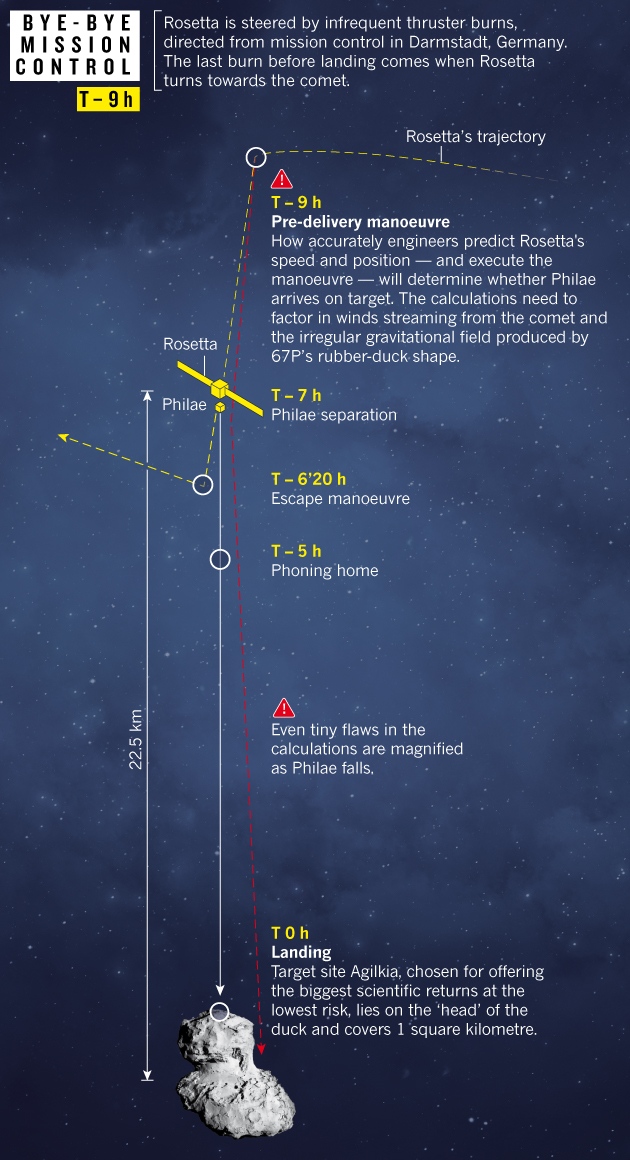 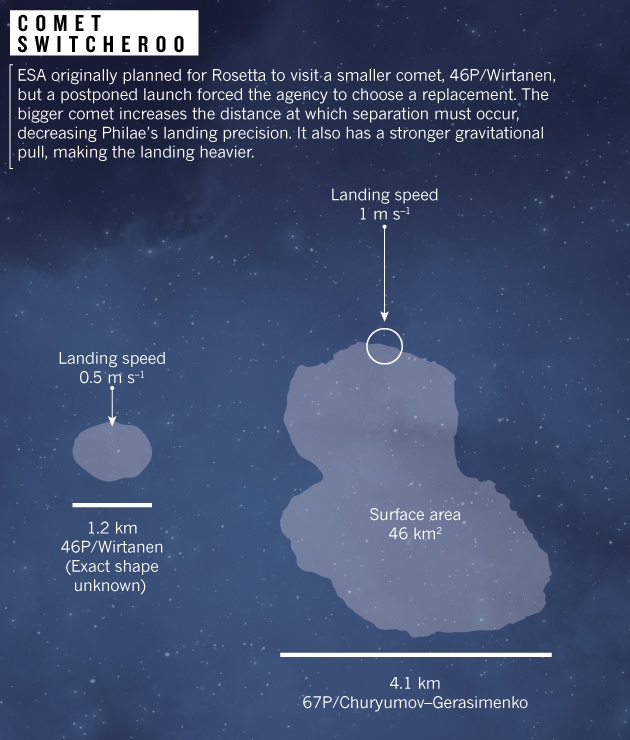 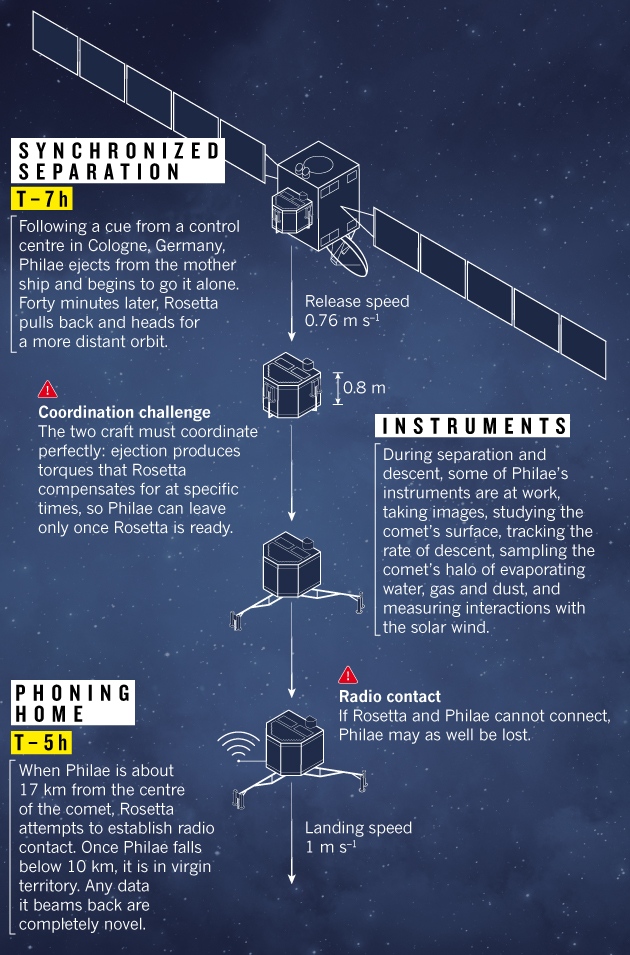 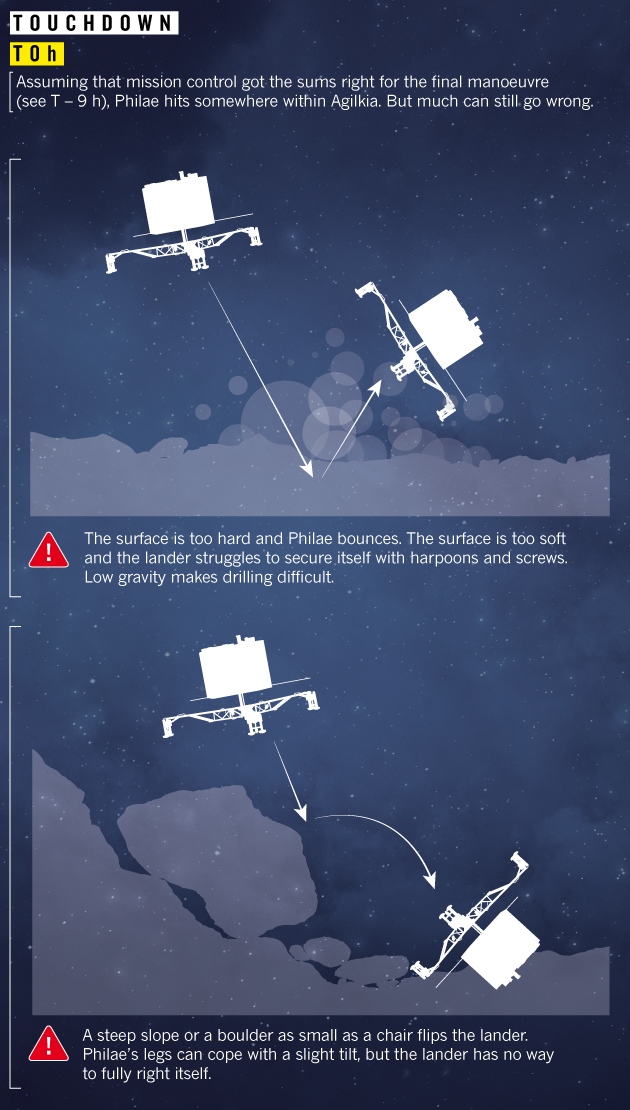 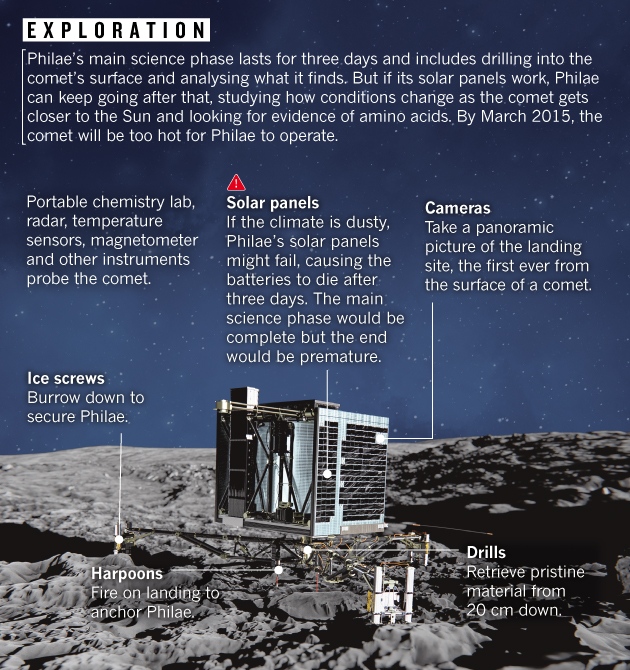 On 12 November, the European Space Agency’s Rosetta mission will try to land a probe on a comet, more than 500 million kilometres from Earth. Nature Video explains how the landing will unfold, and why the mission is so ambitious.