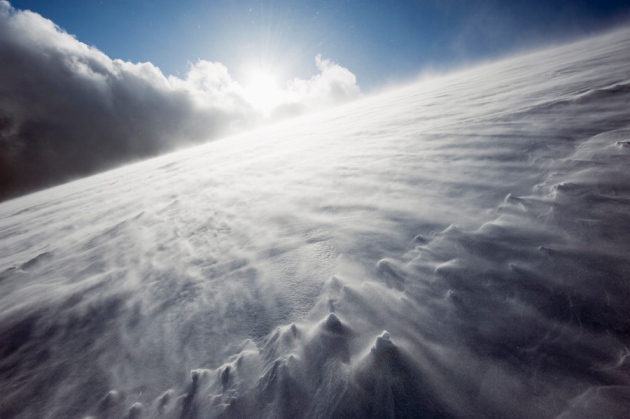 Kawasaki disease could be the first condition known to spread by a wind-borne toxin.

Kawasaki disease, a mysterious and sometimes fatal childhood illness first identified in Japan, has been traced to the croplands of northeastern China, scientists report today in Proceedings of the National Academy of Sciences1.

The disease, an inflammation of the blood vessels that primarily affects children aged 5 or under, produces a variety of dramatic symptoms, including fever, rash and what is aptly described as 'strawberry tongue'. Roughly a quarter of untreated children also develop aneurysms in the blood vessels of their hearts that kill 1% outright and can cause heart attack years later in survivors.

The condition’s cause is unknown despite almost half a century of research, although a previous study2 suggested that this might be a disease-inducing agent that is carried by the wind to Japan, and then across the Pacific Ocean to the western United States, from a source somewhere in Asia.

Now researchers believe that they have narrowed down the disease’s origins further, to the vast farmlands of northeastern China where maize (corn), rice and wheat are grown.

The team analysed infection records for Japan's 47 prefectures to determine the start and peak of Kawasaki epidemics in 1979, 1982, and 1986, and seasonal outbreaks between 1987-2010. They then examined wind patterns before and during the epidemics in 3-hour chunks, seeking to identify the last place at which winds had ebbed appreciably before they reached Japan. The team suspected that this would pinpoint Kawasaki’s source because wind masses tend to drop particles of dirt or biological matter — and pick up new ones — as they slow.

The researchers also calculated the likely incubation time for the disease — 6 hours to 2.5 days, but probably less than 24 hours — by comparing the arrival time of winds from the source region in China with the timing of the first diagnosed cases during various epidemics.

Kawasaki’s relatively quick onset rules out a viral cause, the researchers say, because incubation time for most viral infections is several hours longer. “The incubation time suggests we should be looking in a very different direction,” says study co-author Jane Burns, a paediatrics researcher at the University of California, San Diego

Intriguingly, air samples that the researchers collected from winds blowing from northeastern China to Japan contained an unexpectedly high quantity of the fungus Candida.

“I think there is evidence that [Kawasaki disease] looks like other bacterial toxin diseases,” says Samuel Dominguez, a paediatric infectious-disease specialist at the University of Colorado School of Medicine in Aurora.

But David Battisti, an atmospheric scientist at the University of Washington in Seattle, questions whether northeastern China is the region of origin of Kawasaki's causative agent. He notes that outbreaks of the disease tend to occur in Japan during winter and early spring, when cropland in northeastern China is frozen solid, and winds would not stir up many particles.

“it's an open question still whether the source region is northeast China, or maybe even further west,” he says.