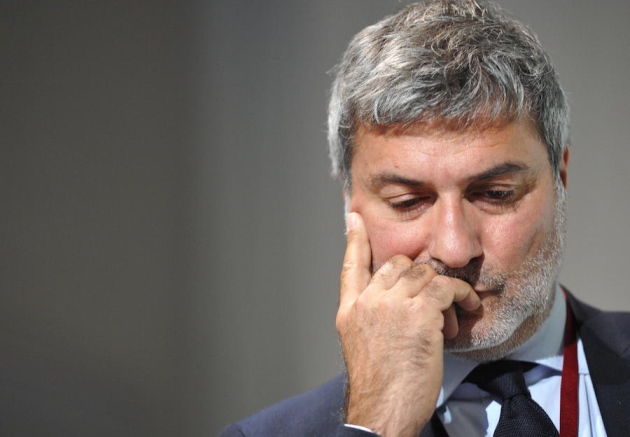 The Karolinska Institute (KI) in Stockholm is ending its association with acclaimed but controversial surgeon Paolo Macchiarini, who pioneered transplants of artificial windpipes but has been accused of ethical breaches in his work.

Macchiarini’s contract will not be renewed when it runs out in November 2016, the Karolinska announced, and he has been asked to use his remaining time to phase out his research there. Macchiarini's head of department is also responsible for ensuring that "the work of his research group is dismantled", the institute says.

The 4 February decision comes after revelations in a Swedish documentary that Macchiarini conducted operations in Krasnodar, Russia, on at least one patient who was not life-threateningly ill, and that he misrepresented the success of his prosthetic grafts in scientific publications. The programme has created uproar in Sweden, and led the KI to announce earlier this week that it was looking into the case.

Now, the Karolinska has “lost confidence” in Macchiarini, explains Claes Keisu, a press officer for the institute. “He has overexploited Karolinska's brand in his work in Krasnodar. His activities there has undermined KI’s reputation and damaged the public’s and the scientific community’s trust in KI,” Keisu says.

The institute is also looking into discrepancies in the surgeon’s CV, adds Keisu. Those allegations were first made in a Vanity Fair article.

The surgeon’s work was hailed as a game-changer in regenerative medicine when, in 2011, he implanted a plastic artificial trachea, using bioengineered stem cells, into a patient whose own windpipe had been damaged. Over the next three years, he carried out seven more synthetic trachea implantations — two more at the Karolinska, one in Illinois and four in Russia, where he heads a tissue engineering project. Six of the eight patients have died (from causes unrelated to the transplants, Macchiarini says), and one has been in intensive care since the procedure.

The documentary, made by SVT, Sweden's national broadcaster, was aired in January. It suggested that in Russia, Macchiarini implanted a trachea into a woman who was not in a life-threatening condition. That was news to the Karolinska’s vice-chancellor Anders Hamsten, who said in a statement that the institute would never have approved Macchiarini’s activities in Russia if they were as the documentary describes.

Five months ago, Hamsten had cleared Macchiarini of allegations of misconduct in research papers — after an independent investigation had found the surgeon guilty. The institute has not yet decided whether to reopen that investigation. But on 4 February it said it would open an external investigation into its own handling of the Macchiarini case, to be led by a lawyer and medical researchers who have not yet been appointed. Swedish prosecutors are also investigating the three procedures carried out at Karolinska, but have not made any charges.

Macchiarini, a visiting professor at the KI since 2010, has not yet responded to Nature’s requests for comment after the latest Karolinska announcement. After the documentary, he said that he was “in the process of presenting all the multidisciplinary conference discussions that were had around each patient's case — along with the ethical committee decisions that approved them — to the Karolinska Institute”.