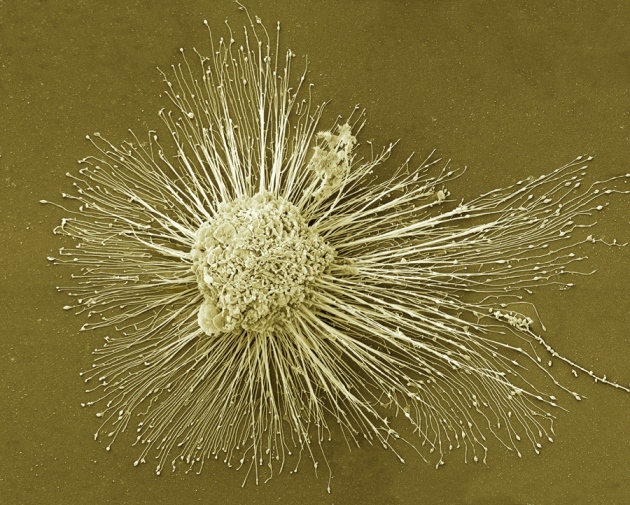 In a medical first, a donor's iPS cells were transformed into retinal cells and transplanted into a patient.

On 28 March, a Japanese man in his 60s became the first person to receive cells derived from induced pluripotent stem (iPS) cells donated by another person.

The surgery is expected to set the path for more applications of iPS-cell technology, which offers the versatility of embryonic stem cells without their ethical taint. Banks of iPS cells from diverse donors could make stem-cell transplants more convenient to perform, while slashing costs.

iPS cells are created by removing mature cells from an individual (for example, from their skin) and reprogramming these cells back to an embryonic state. They can then be coaxed into a type of cell useful for treating a disease.

In the latest procedure, performed on a man from the Hyogo prefecture of Japan, skin cells from an anonymous donor were reprogrammed into iPS cells and then turned into a type of retinal cell, which was in turn transplanted onto the retina of the patient, who has age-related macular degeneration. Physicians hope that the cells will stop the progression of the disease, which can lead to blindness.

A move from self-donation

In September 2014 at the Kobe City Medical Center General Hospital, a Japanese woman underwent a similar procedure to receive retinal cells derived from iPS cells. But these were reprogrammed from cells taken from her own skin. Cells prepared in the same way for a second patient were found to contain genetic abnormalities, and were never implanted. Cells from macular degeneration patients, who tend to be elderly, might have also accumulated genetic defects that could increase the risk of the procedure.

The team decided to redesign the study according to new regulations, and so no more participants were recruited. This month, however, the researchers reported that the Japanese woman fared well1. The introduced cells remained intact one year after surgery, and her vision had not declined, as would usually be expected with macular degeneration.

In Tuesday's procedure — performed at the same hospital and by the same surgeon, Yasuo Kurimoto — doctors used iPS cells that had been taken from a donor’s skin cells, reprogrammed and banked. Japan’s health ministry approved the study, which plans to enrol a total of five patients, on 1 February.

Using iPS cells developed from a donor does not offer an exact genetic match, which raises the prospect of immune rejection. But Shinya Yamanaka, a Nobel-prizewinning stem-cell scientist at Kyoto University who pioneered iPS cells, has contended that banked cells should be a close enough match for most applications.

Banking on the future

Yamanaka is establishing an iPS cell bank, which depends on matching donors to recipients on the basis of three genes that code for human leukocyte antigens (HLAs) — proteins on the cell surface that are involved in triggering immune reactions. His iPS Cell Stock for Regenerative Medicine currently has cell lines from just one donor. But by March 2018, he and his colleagues hope to create HLA-characterized cell lines from 5-10 different donors, which should match 30–50% of Japan’s population.

Use of these ready-made cells could extend the option of stem-cell transplants across an entire population, says Masayo Takahashi, an ophthalmologist at the RIKEN Center for Developmental Biology in Kobe, who devised the iPS cell protocol deployed in Tuesday's transplant. Banked cells are available immediately — in contrast to a wait of several months for cultivation of a patient’s own cells — and are much cheaper.

At a press conference after the procedure, Takahashi said that the surgery had gone well, but that success cannot be declared without monitoring the fate of the introduced cells. She plans to make no further announcements about patient progress until all five procedures are finished. “We are at the beginning,” she says.