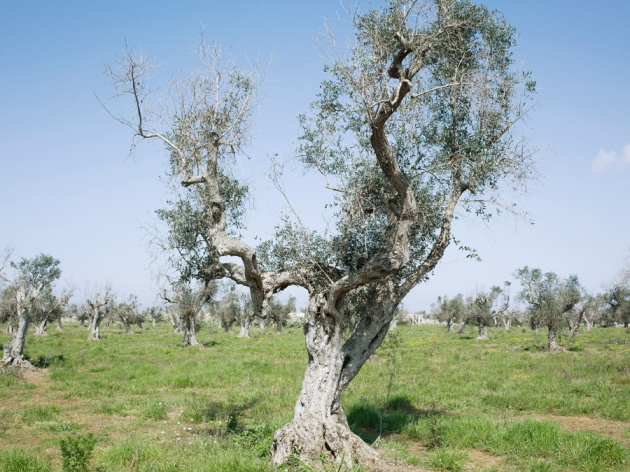 Olive trees infected by Xylella in Italy; the disease is sweeping across one of the nation's most famous olive regions.

Nine scientists are being investigated for a possible role in enabling an outbreak of a disease that is ravaging olive groves in Puglia, Italy. The public official in charge of containing the epidemic is also under investigation.

Public prosecutors announced the formal investigation at a press conference in Lecce in southern Italy on 18 December. At the same time, they ordered an immediate halt to measures put in place to contain the spread of the disease, which include chopping down and burning infected and vulnerable trees, and spraying insecticide. The prosecutors argue that too little is understood about the science of the disease to justify such measures.

“We are shocked,” says Donato Boscia, head of the Bari unit of Italy’s Institute for Sustainable Plant Protection. He is one of the accused, who, according to local newspaper reports of the press conference, are suspected of "negligent spreading of the plant disease, presenting false information and materials to officials, environmental pollution and disfiguring natural beauty".

“The accusations are crazy,” Boscia says.

The outbreak is caused by the bacterium Xylella fastidiosa and spread between trees by the spittlebug. Xylella is endemic in parts of the Americas, including Costa Rica, Brazil and California, and had not been seen in Europe until 2013, when it was identified in southern Italy. The particular strain of Xylella involved in the Puglia outbreak has been reported before only in Costa Rica.

Under European Union rules, Italy is obliged to carry out a scientifically based containment plan to stop the disease from spreading to other EU countries. In addition to culling infected trees, this plan involves destroying healthy trees to create buffer zones. But farmers, supported by environmental activists who deplored the destruction of ancient trees, have protested against its implementation. Individual court rulings have found in their favour, stopping tree felling and the spraying of insecticide on their land. 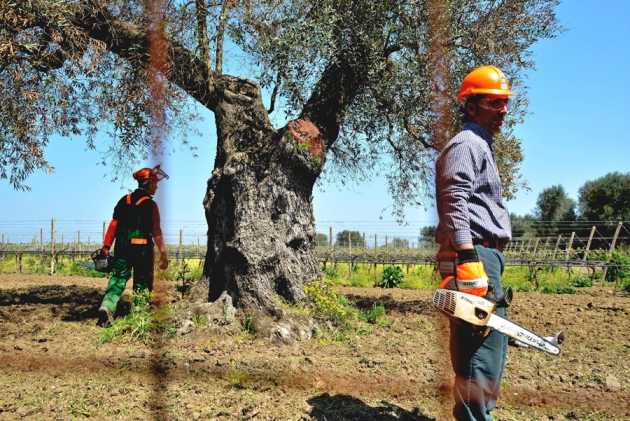 Workers in southern Italy prepare to cut down an olive tree infected with Xylella fastidiosa bacteria.

On 10 December, just over a week before Italian public prosecutors announced their investigation, the European Commission opened an infringement procedure over Italy’s failure to carry out containment measures quickly enough. Commission spokesman Enrico Brivio says that he does not know what will happen now that Italian courts have blocked the entire containment plan. “Xylella in all its strains is the most dangerous pathogen for plants, and epidemics have huge economic impact,” he says. “The emergency measures are necessary and need to be implemented.”

Prosecutors, who had confiscated computers and documents from scientific institutes in May, have not made public any details of their evidence against the scientists. But they say that they continue to worry that the deadly Xylella strain may have been imported from California for a training workshop at the Mediterranean Agronomic Institute of Bari in 2010, and may then have been released into the environment. They say they are also concerned that the strain may have escaped into the environment from field experiments.

Boschia said that he had been told not to comment on details of the investigation. But scientists have previously pointed out that the Xylella strain in question was not used in the workshop.

Most scientists who have examined the issue consider it likely that the disease arrived with ornamental plants imported from Costa Rica, which harbour the same strain of Xylella.

This article originally incorrectly stated that the particular strain of Xylella involved in the Puglia outbreak was endemic to parts of the Americas including Costa Rica, Brazil and California. In fact, it has only been identified in Costa Rica. The text has been corrected.