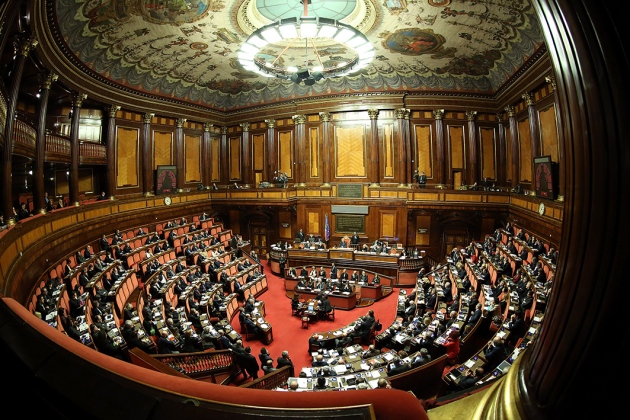 The Italian Senate has approved a budget amendment that would award €3 million to a stem-cell trial.

Italian politicians have kindled the wrath of some biomedical scientists by hand-picking a stem-cell clinical trial for funding.

The €3-million (US$3.2-million) pot for the trial should be allocated through an open competition based on scientific merit rather than in an amendment to the country’s 2016 budget bill, say the researchers. They are appealing to Italy’s Parliament to change the amendment — which the Senate approved on 20 November — before it passes into law.

To many Italian scientists, the idea that certain projects receive funding at the whim of politicians feels depressingly familiar. In 2013, a government decree earmarked this money for a stem-cell clinical trial run by a specific clinic. That earlier allocation was to the controversial Stamina Foundation in Brescia, and was later abandoned after a fraught, year-long campaign by scientists who convinced the health ministry that the trial was based on bad science and illegal practices. In the objections to the amendment to the 2016 budget bill, there is no suggestion of scientific wrongdoing, but researchers take issue with the way that the trial selection was made.

“Italian politicians can take a liking to a project and then finance it directly,” says Marino Zerial, a director at the Max Planck Institute of Molecular Cell Biology and Genetics in Dresden, Germany. He is one of 29 researchers who signed a letter published in the newspaper La Stampa on 26 November calling for the budget-law amendment to be changed. “Where do you see this in any other country?”

After the Stamina trial was abandoned, many Italian scientists assumed that politicians would never again earmark specific research projects for public funding. The Constitutional Court, reflecting on the Stamina debacle, stated that the selection of clinical trials to receive public funding should not be at the “pure political discretion of the legislator”.

The amendment to the 2016 budget law does not name a specific trial: it states that the money should be given for a “phase II clinical trial based on the transplantation of human neural stem cells in patients affected with Amyotrophic Lateral Sclerosis” (ALS), a deadly neuro­degenerative condition also known as motor neuron disease. But of the 11 stem-cell protocols that have been approved for early-phase clinical trials in Italy, only one meets these criteria — so the outcome amounts to a selection in practice, says Giuseppe Remuzzi, director of the Mario Negri Institute for Pharmacological Research in Bergamo, one of the letter’s signatories.

The protocol comes from the lab of stem-cell researcher Angelo Vescovi, scientific director of the Casa Sollievo della Sofferenza research hospital in the southern Italian province of Foggia. It involves transplanting neurons derived from the brains of miscarried fetuses into the spinal cords of people with ALS.

Senator Giorgio Santini, who proposed the amendment, told Nature that the way it had been selected and added to the bill was procedurally correct and that, if signed into law, the amendment would help sick people. He added that, in principle, any scientist who met the criteria could apply for the money, but that Vescovi’s trial is the only one that is ready to be implemented.

Vescovi declined to comment on the fact that his work was proposed for funding, but noted that Santini was present at a public meeting in Rome on 29 September, where Vescovi presented the final results of his phase I ALS trial.

“We should have had the opportunity to apply.”

Unlike the criticisms levelled against the Stamina trial, the scientists who wrote the letter complaining about the amendment told Nature that they are not commenting on the quality of Vescovi’s research. They point out that a phase I trial in six patients that assessed the safety of the therapy was carried out with appropriate oversight of the health authorities (L. Mazzini et al. J. Transl. Med. 13,17; 2015).

Their concerns lie with how the trial was selected, which is particularly painful because Italy’s funds for research are among the lowest in Europe, and the 2016 budget foresees no increase for public institutions. “Scarce resources should be allocated to the most absolute transparency rules”, they write. Remuzzi says that the criteria were so narrow that scientists like himself could not apply. “We ourselves have three stem-cell trials related to organ transplantation,” he says. “We should have had the opportunity to apply.”

Patient groups have also objected to the way the funding was allocated, saying that therapies for other illnesses should have been allowed to compete. The Italian Multiple Sclerosis Foundation in Genoa has sent politicians evidence of other ready-to-go Italian stem-cell trials for various neuro­degenerative diseases. And the Italian Association for Huntington’s Chorea in Milan complained to the Chamber of Deputies — Italy’s second parliamentary house, which will vote on the budget bill next — that the amendment appeared without revealing the scientific criteria used to select one clinical trial from among other candidates.

Scientists hope that their outcry will encourage the Chamber of Deputies to drop or modify the amendment in the next week or so. Time is tight: the 2016 budget law is linked to a confidence vote in the government, which means that Parliament is under pressure to approve it before the end of the year.