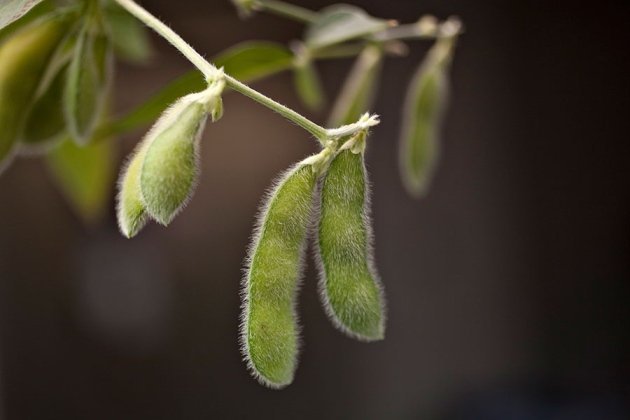 Papers that describe harmful effects to animals fed genetically modified (GM) crops are under scrutiny for alleged data manipulation. The leaked findings of an ongoing investigation at the University of Naples in Italy suggest that images in the papers may have been intentionally altered. The leader of the lab that carried out the work there says that there is no substance to this claim.

The papers’ findings run counter to those of numerous safety tests carried out by food and drug agencies around the world, which indicate that there are no dangers associated with eating GM food. But the work has been widely cited on anti-GM websites — and results of the experiments that the papers describe were referenced in an Italian Senate hearing last July on whether the country should allow cultivation of safety-approved GM crops.

“The case is very important also because these papers have been used politically in the debate on GM crops,” says Italian senator Elena Cattaneo, a neuroscientist at the University of Milan whose concerns about the work triggered the investigation.

Following the Senate hearing, Cattaneo took a closer look at three papers1–3, which all emerged from a research lab at the University of Naples, headed by veterinary scientist Federico Infascelli. They describe experiments on goat kids born to mothers fed on GM soya-bean meal and conclude that fragments of the foreign gene in the soya bean can be transported across the gut and secreted in the milk, influencing the biology of the suckling kids.

Cattaneo noted what looked like problems in all three papers: sections of images of electrophoresis gels appeared to have been obliterated, and some of the images in different papers appeared to be identical but with captions describing different experiments.

She then commissioned Enrico Bucci, head of the biomedical services and information consultancy firm BioDigitalValley in Aosta, Italy, to carry out a forensic analysis of all three papers. The analysis suggested that the papers did indeed contain manipulated and reused images. Cattaneo contacted the journals concerned in September last year, and in November forwarded the analysis to the University of Naples. The university rector, Gaetano Manfredi, an engineer, immediately launched the university investigation, which is nearly complete. He says that the university will probably announce any resulting actions by the end of February.

Ahead of this, however, details of the confidential findings of the investigation committee — composed of scientists in and outside of Naples — were leaked to the Italian press. Tommaso Russo, a molecular biologist at the University of Naples who is responsible for coordinating the investigation, told Nature that the committee has found that the papers contain intentional data manipulation.

But, according to the Italian newspaper La Repubblica, Infascelli said that there is no substance to these allegations, and that an expert that he consulted about the papers had ruled out the possibility of data manipulation. Infascelli declined to discuss the case with Nature until the investigation is complete.

On 14 January, Bucci posted online his analysis of the papers under investigation, as well as of four more papers on GM feed co-authored by Infascelli, and a PhD thesis from Infascelli’s lab. The analysis claims evidence for image manipulation in all eight papers. Bucci has informed the rector and Infascelli of his findings.

Since Cattaneo sent her findings to the journals concerned, one of the three papers under investigation has been retracted: last month, the 2013 Food and Nutrition Sciences paper2 was retracted, with a citation of “self-plagiarism”. However, the journal noted that the results were still valid and that it considered the issues an “honest error”.

Cattaneo is not the only scientist to have raised concerns about papers from Infascelli’s lab. Plant geneticist Wayne Parrott at the University of Georgia in Athens notified the relevant journals of his independent concerns about image manipulation in the three papers under investigation, and in one more from 2006 that claims a metabolic impact of GM food in rabbits4. (This paper also appears in Bucci's analysis.)

The investigation at the University of Naples is the first to test formal rules on scientific misconduct that Manfredi introduced last July. Two years ago, police took over an investigation into alleged misconduct in the medical faculty because the university had no formal misconduct procedures and had failed to take up the case. That case is still ongoing.