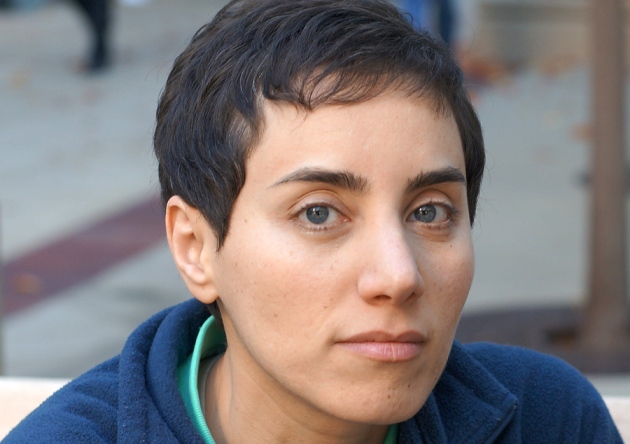 Maryam Mirzakhani of Stanford University is the first female mathematician to win a Fields Medal in the prize's 78 years of history.

The International Mathematical Union (IMU) has revealed on its website the winners of the 2014 Fields medals, considered the highest honour in mathematics. The four young medallists — including Maryam Mirzakhani, the first female winner since the prizes were established in 1936 — have been selected for their contributions to topics ranging from dynamical systems to the geometry of numbers and the solution of equations of the type that describe many physical phenomena.

The IMU had planned to publically announce the names on 13 August in Seoul at the International Congress of Mathematicians, but — owing presumably to a technical glitch — the page with the announcement was already live on the organization's website in 12 August. The Wikipedia pages for the winners appeared to have been updated anonymously on the same day after 18:00 London time.

In addition to the medal itself, each winner will receive CAN$15,000 (US$13,700) in cash. The prizes are given to researchers aged 40 years or younger every four years. Although the prizes recognize outstanding achievement in the early stages of a career, they are also seen as an indicator of mathematicians to watch in the future.

A native of Iran, Maryam Mirzakhani is at Stanford University in California. She won for her work on “the dynamics and geometry of Riemann surfaces and their moduli spaces.”

“Perhaps Maryam's most important achievement is her work on dynamics,” says Curtis McMullen of Harvard University. Many natural problems in dynamics, such as the three-body problem of celestial mechanics (for example, interactions of the Sun, the Moon and Earth), have no exact mathematical solution. Mirzakhani found that in dynamical systems evolving in ways that twist and stretch their shape, the systems' trajectories “are tightly constrained to follow algebraic laws”, says McMullen.

He adds that Mirzakhani’s achievements “combine superb problem-solving ability, ambitious mathematical vision and fluency in many disciplines, which is unusual in the modern era, when considerable specialization is often required to reach the frontier”.

The other three winners of the Fields Medals were: 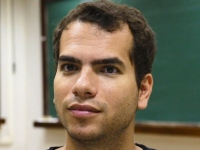 Artur Avila of the Institute of Mathematics of Jussieu in Paris, whose “profound contributions to dynamical systems theory have changed the face of the field”. Dynamical systems evolve over time, often in complex ways: they include celestial mechanics (the orbits of bodies in the Solar System); financial markets; the weather; and populations in ecosystems. Some of these systems exhibit chaotic behaviour: their state at some future time cannot be predicted from their state at an earlier time, because imperceptible differences that exist now can cause big divergences later.

Avila is a problem-solver who has worked on many aspects of this field. According to mathematician Étienne Ghys of the École Normale Supérieure in Lyon, France, “he didn’t just do one or two things, but has an incredible number of achievements”. Avila has contributed in particular to complex one-dimensional dynamics — how a mathematical function with a single variable evolves when the solution is “fed back” into the function as the next value of the variable in an iterative process. This is how some fractal mathematical objects, such as the Mandelbrot set — a set of complex numbers for which a particular iterated equation does not approach infinity — are generated. Avila has also looked at the Schrödinger equation of unusual quantum systems, although Ghys attests that his motivation is more mathematical than physical.

Manjul Bhargava of Princeton University in New Jersey, who “has developed powerful new methods in the geometry of numbers”. The geometry of numbers is a method for estimating how many points with integer coordinates (meaning their coordinates are whole numbers) are contained in a region of space of a given volume. “Bhargava has added a host of new techniques to this subject,” says Benedict Gross of Harvard University in Cambridge, Massachusetts. “His style is completely original, and combines the three main areas of pure mathematics — algebra, geometry and analysis — in a beautiful way.”

Gross says that one of Bhargava’s key results “gives an entirely new perspective on finding rational solutions [solutions that are ratios of integers] to cubic equations, a problem that goes back to the mathematics of antiquity”. Bhargava says that the award is “a source of encouragement and inspiration, hopefully also for my students, collaborators and colleagues”.

By developing methods for systematically solving such equations, Hairer’s work “allows one to give a rigorous meaning to a bunch of stochastic PDEs”, says Ofer Zeitouni of the University of Minnesota in Minneapolis. The award is “an extraordinary recognition and I am very humbled by it”, says Hairer. “It still doesn’t quite feel real, even though I’ve known about it for almost half a year now.”

In addition to the Fields medals, the IMU awarded other prestigious prizes. These include:

The Nevanlinna Prize for outstanding contributions in mathematical aspects of information sciences is awarded to Subhash Khot of New York University for his work contributing to the approximate solution of 'hard' optimization problems (those for which no reasonably fast algorithm exists that gives exact solutions), and in particular for identifying 'unique games'. Khot explains that the unique games problem can be considered to describe “a strange society” where people have unequal status but are happy if their own inequality doesn’t exceed some precise limit. The central problem is whether you can arrange people’s status to please everyone.

He formulated a conjecture, now named after him and yet unproven, according to which even if such a state exists, it is impossible to find an algorithm that gets anywhere near it — one that makes people even a little bit happy. The value of the conjecture is that if it is hard to approximate the unique games problem in this way, then many other important ‘hard’ problems of this kind cannot be approximated well either. This breadth of implication was not something that Khot foresaw at the outset of his work: “I was quite hesitant in the beginning even to propose the conjecture,” he says. Khot “has a rare ability to get to the heart of the issue very quickly,” says Sanjeev Arora of Princeton University.

The Gauss Prize for research that has had an impact outside mathematics is awarded to Stanley Osher of the University of California at Los Angeles, who has developed techniques for image processing and animation that enable complex objects to be approximated realistically, and for blurred or indefinite objects to be more sharply defined. As well as being valuable in fluid dynamics and aeronautical design, Osher’s work has been widely used in computer graphics and animation for depicting complex objects such as flames. His work “combines deep mathematical concepts with intuition from applications to design highly efficient computational tools”, says Chi-Wang Shu of Brown University in Providence, Rhode Island.

Ingrid Daubechies, the president of the IMU, and South Korean president Park Geun-hye is to hand out the awards at the congress on 13 August. In contrast to the Nobel Prizes, in which the world finds out right after the winners do, in this case the winners were told months in advance under strict secrecy, says Daubechies. “I called them on the phone in March, and during the phone conversation sent them email to show that this was indeed official and not a hoax.”

The original version of this story stated that the Fields Institute provides the cash awards associated with the medals. Instead, that money is provided by the University of Toronto, which also hosts the institute on its grounds.