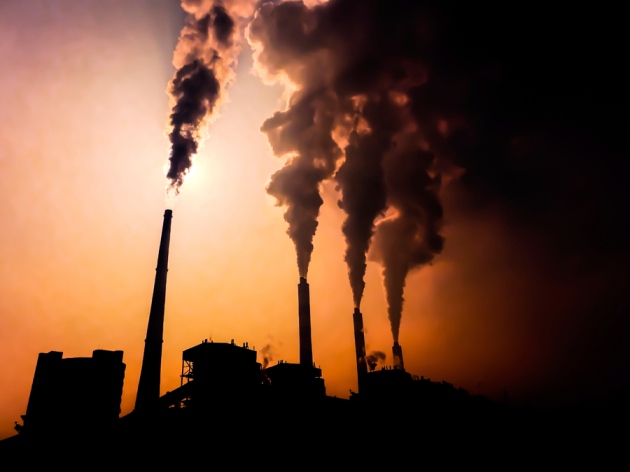 The latest IPCC assessment says that the climate change seen since 1950 is "unprecedented over decades to millennia".

The climate change threat has not lost a jot of its urgency. Without drastic emission reductions or controversial technical climate fixes, global warming is more than likely to continue throughout the twenty-first century and might severely alter our planet’s natural environments and the living conditions of billions of people, the United Nation’s Intergovernmental Panel on Climate Change (IPCC) warns in its latest report today.

Even if carbon-dioxide emissions were to cease overnight, the half a triillion tonnes of carbon that have been pumped into the atmosphere since major industrialization began in around 1850 will affect Earth’s biosphere, glaciers and oceans for centuries to come, the group says.

A summary for policymakers of the IPCC's latest report, on the physical basis of climate change, was released in Stockholm after four days of marathon negotiations between lead authors and government representatives from 195 countries, each of whom has to agree every line and figure in the final 36-page report.

In 19 headline messages, the summary lays out that observed changes since 1950 unequivocally point to climate change that is "unprecedented over decades to millennia". Relative to the 1986–2005 period, the global mean surface temperature is projected to further increase by between 0.3 and 4.8 °C by the end of the century, depending on future economic and technological development.

As glacier melt in Greenland and in parts of Antarctica is accelerating, sea-level rise — in the range of 26 to 82 centimetres by 2100 according to the latest IPCC projections — will increase the risk of flooding at many coastlines. The report also warns of increasing ocean acidification — a stark threat to marine biodiversity — and disruptions of the global water cycle and local fresh water availability owing to changing precipitation patterns.

"Climate change is the greatest challenge of our time," says Thomas Stocker, a climate scientist at the University of Bern in Switzerland who co-chaired the assessment. "I am proud that we have been able to convince politicians that what we have come up with is a robust assessment of climate change. The scientific essence of previous drafts has not changed and the main messages have all been kept."

Government officials and scientists spent four long days reviewing and editing the document, line by line. The marathon process extended through the night on Thursday and concluded at 5:20 am today. Gerald Meehl, a senior scientist at the National Center for Atmosopheric Research in Boulder, Colorado, says government delegates regularly sought to clarify the science but very rarely questioned the underlying messages or how scientists arrived at their conclusions. "It’s an exercise in language," Meehl says, "and we’re here to make sure that the science doesn't get changed."

The IPCC's assessment draws on real-world observations, such as of glacier and sea ice retreat, climate models based on four different greenhouse gas emission scenarios and a sweeping review of the scientific literature.

Overall, the report cites more than 9,200 scientific papers, two-thirds of which have been published since 2007. There is now an overwhelming body of evidence, says Stocker, that the 1 °C or so of global warming since the mid-nineteenth century is the result of human activity.

To give the world a 66% chance of limiting global warming to 2 °C, future emissions must be kept below 500 gigatonnes of carbon — a fraction of known untapped oil and gas resources — the report concludes.

"The IPCC has provided an even more robust scientific basis for action on climate change," says Johan Rockstroem, the director of the Stockholm Resilience Centre. "I am glad that the scientific community is standing very firm on the true scale of the threat we're facing."

A slowdown in the rise of global average temperatures in recent years suggests that global warming is proceeding more intermittently, and less predictably, than it does in some climate models. But the 'hiatus' since the record hot year of 1998 — probably due to increased heat uptake by the oceans — is no sign that global warming has stopped, as some would like to hope.

"Comparing short-term observations with long-term model projections is inappropriate," says Stocker. "We know that there is a lot of natural fluctuation in the climate system. A 15-year hiatus is not so unusual even though the jury is out as to what exactly may have caused the pause."

Claims that there might be something fundamentally wrong with climate models are unjustified unless "temperature were to remain constant for the next 20 years", he says.

"Surface temperature warming is not the only signature of climate change," says Brian Hoskins, director of the Grantham Institute for Climate Change at Imperial College London in the United Kingdom. "We're confronted with an interplay between different parts of a larger system which is clearly changing. It speaks well for the IPCC that it has tackled without fear the complexities involved in fulfilling its task."

A final draft of the full report, the fifth since 1990, will be released next week. The IPCC's reports on adaptation and mitigation of climate change, as well as a synthesis report, will follow next year. Its last full assessment led to the IPCC winning the 2007 Nobel Peace Prize, together with former US vice-president Al Gore.