Ceres, the largest asteroid in the Solar System, is finally getting its close-up. NASA’s Dawn spacecraft arrived in March, and is now taking photographs from as close as 4,400 kilometres above the asteroid's surface. Craters and mountains are coming into view, but the bright spots that dapple Ceres's surface remain its most mysterious feature. 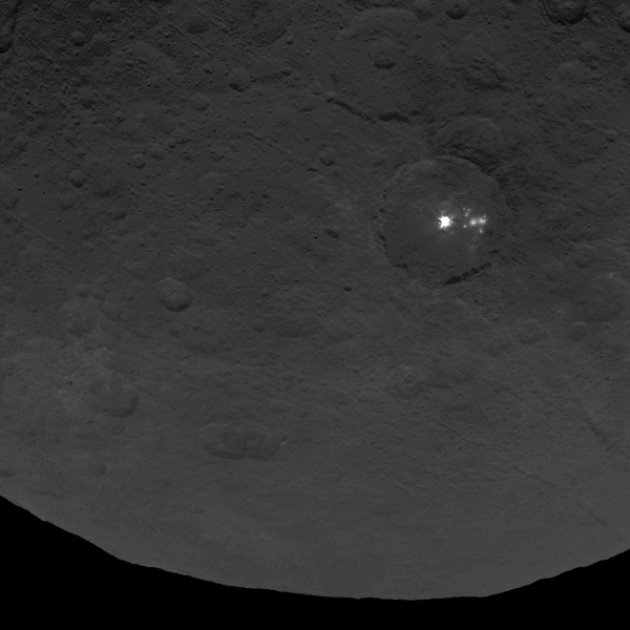 A central, 9-kilometre-wide bright spot in a 90-kilometre-wide crater is accompanied by a cluster of smaller reflective spots off to the right. The spots could be made of ice, salt or another type of bright material, yet to be fully understood. Data from a neutron detector on the spacecraft, which could help to answer the question, take some time to accumulate. Ceres — technically a dwarf planet — is thought to consist of at least one-quarter water; craters with ice-rich peaks are common on other bodies in the Solar System, such as Jupiter’s moons Ganymede and Callisto. 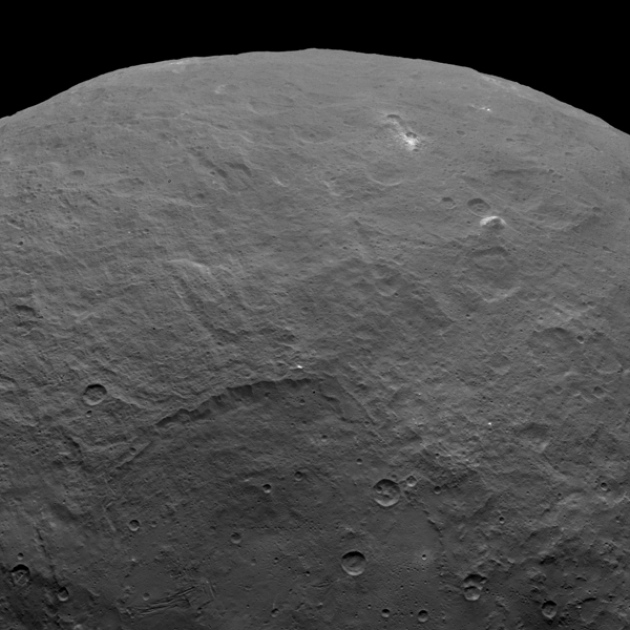 A pyramid-shaped mountain (centre right) rises 5 kilometres high from an otherwise unremarkable portion of the asteroid’s surface. “The hill is crazy,” says Andrew Rivkin, a planetary scientist at the Johns Hopkins University Applied Physics Laboratory in Laurel, Maryland. Elsewhere in the Solar System, mountains are usually associated with fractured or geologically active areas. 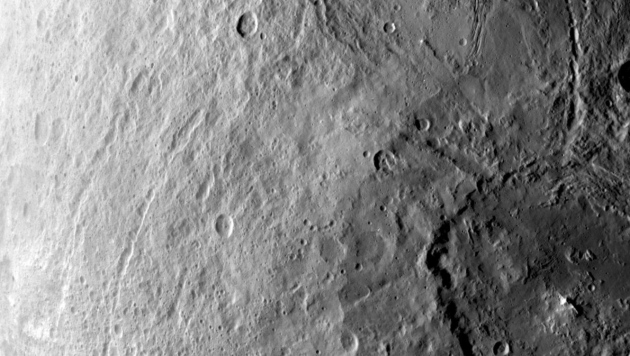 A large impact crater (lower right) in the southern hemisphere of Ceres shows a complex series of fractures, all probably related to whatever object pummelled the asteroid and left behind this blemish. To the left, two semi-curved streaks run parallel to one another, for reasons still unknown. Mission scientists say that Ceres seems to have more geological activity than does the asteroid Vesta, which Dawn visited in 2011–12. 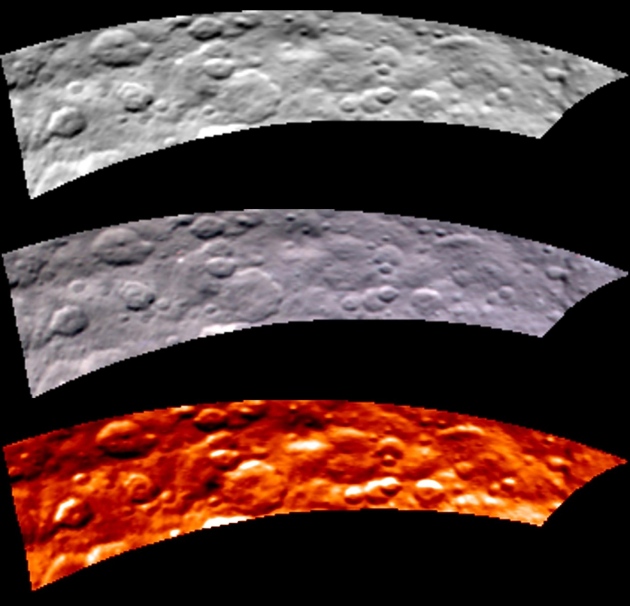 Ceres is notoriously dark, but a colour camera aboard Dawn snapped this sequence of a cratered region in the asteroid's northern hemisphere. At the centre is a true-colour view showing its dark surface. At the top is a black-and-white version processed to bring out contrast in the craters. At the bottom is a near-infrared image in which the brightest areas are the warmest and the darkest areas the coolest. 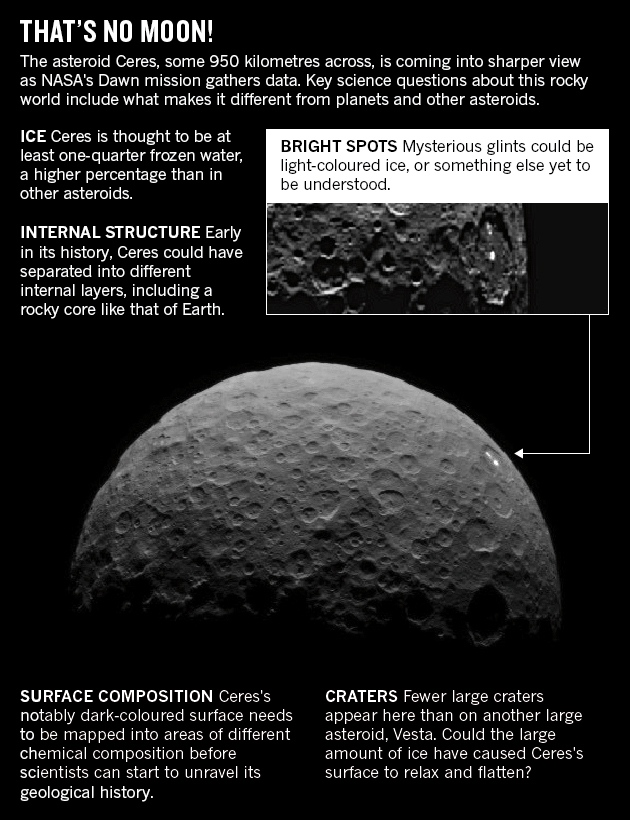