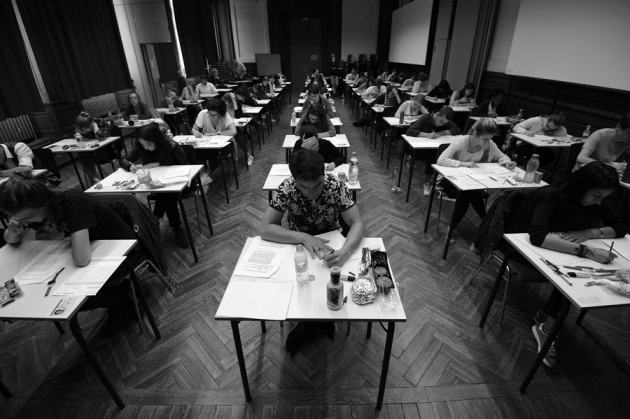 Intelligence is affected by genes as well as education, but the links are hard to unpick.

“What most people know about intelligence is, at best, distorted and, at worst, just wrong.” That’s according to the editor of the journal Intelligence, in a 2014 special issue that addressed the teaching of the subject (Intelligence 42, 135; 2014). The same issue found that there was in fact little teaching about intelligence at all, at least on the undergraduate psychology curricula of half a dozen of the finest universities in the United States. The subject, it seems, is dying out on campus because it has echoes of elitism — and worse, racism — that make students and university officials uncomfortable.

This is a distortion that contributes to widespread and wrong ideas about intelligence and the motives of those who study it. This is especially true when it comes to the genetics of intelligence, a meta-analysis of which is published online this week in Nature Genetics (S. Sniekers et al. Nature Genet. http://dx.doi.org/10.1038/ng.3869; 2017).

The research pools together genome-wide association studies looking at a total of nearly 80,000 children and adults. The studies used different measures of “general intelligence”, including IQ scores and number of correct answers given to brief touchscreen puzzles. The meta-analysis identifies 18 genomic regions associated with intelligence, and candidate genes that are highly expressed in the brain. The associations, the study suggests, could explain up to 4.8% of the variance in intelligence across these cohorts.

It’s the latest in a series of studies to probe the details of how genetics influences cognitive ability. Note the word ‘how’. For, despite claims to the contrary — some well meaning and some merely ignorant — it’s well established and uncontroversial among geneticists that together, differences in genetics underwrite significant variation in intelligence between people. It’s just that those differences seem to be many and of little consequence by themselves. As such, intelligence is a classic polygenic human trait — just like many other cognitive and physical features, from mental disorders to height.

So why the controversy? Why are psychology undergraduates denied tuition in what is surely one of the most central and influential human traits? Perhaps unusually for a field of science, the biggest obstacles to research on, and broader understanding of, intelligence lie not ahead, but in the past.

There seem to be three. The first, and the most easily addressed, is misplaced fear about biological determinism: some worry about the idea that if certain genes are influential in intelligence, individuals without them cannot be bright and successful. Yet that is not so — environment is crucial, too. The existence of genes ‘for’ intelligence would not imply that education is wasted on people without those genes. Geneticists burned down that straw man long ago.

The second obstacle is a hazard of timing as much as anything. Intelligence science and testing first flourished as twentieth-century concerns over immigration hardened into policies to protect the genetic stock of populations in the United States, Britain and elsewhere. Research on intelligence became a handy tool for eugenicists, and discrimination against those classed as ‘feeble-minded’ became a proxy for xenophobia.

Third, there is racism. Intelligence science has undoubtedly been dogged by ugly prejudice. Historical measurements of skull volume and brain weight were done to advance claims of the racial superiority of white people. More recently, the (genuine but closing) gap between the average IQ scores of groups of black and white people in the United States has been falsely attributed to genetic differences between the races.

Some critics fear that research on the genetics of intelligence — any research — will fan these ugly flames of the past and could be used for dubious purposes in the future. Certainly, the undesirable attitudes that gave intelligence science its bad reputation remain, and pockets of dubious research continue. But intelligence science need not be held back by its past.

As study after study is showing, the genetic variation between individuals and its influence on traits is more complex and subtle than scientists realized even at the start of this century. The more that researchers probe traits such as intelligence, and show how there is no genetic basis for discrimination, the more they distance themselves from the mistakes of the past. What most people know about intelligence must be updated.