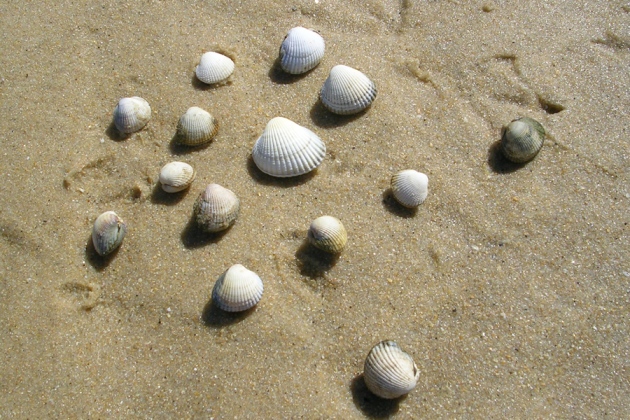 Transmissible cancers have been found in shellfish, including cockles (Cerastoderma edule) collected in Galicia, Spain.

Some clams, mussels and other bivalve molluscs carry infectious cancer cells that can leap between individuals — and that may even have jumped between species.

The discovery, reported on 22 June in Nature1, means that transmissible tumours have now been found in six organisms. Two are well known in mammals: a facial tumour that threatens to wipe out Tasmanian devils (Sarcophilus harrisii) and a venereal cancer found in dogs all over the world.

Reporter Ewen Callaway finds out about the first case of transmissible cancer between species.

“We thought these things happen now and then in nature, but that this was a fluke. Now, the finding that these seem to be fairly widespread in bivalves changes that outlook,” says Elizabeth Murchison, a molecular biologist at the University of Cambridge, UK, who studies the cancers prevalent in dogs and Tasmanian devils. The further finding that a cancer might have jumped between species is “shocking”, she says.

The latest work is led by virologist Stephen Goff of Columbia University in New York City, whose team last year found the first transmissible cancer among invertebrates2 — an edible soft-shell clam called Mya arenaria that lives in the tidal mudflats of the Atlantic, ranging from Canada to the southern United States.

Goff, who studies cancers caused by viruses, was looking for the source of a leukaemia common among clams, and discovered that tumours collected from animals in Long Island, Maine and Canada seemed to have the same genome sequence. “We were forced to come to the conclusion that somehow this clone had spread from animal to animal in the oceans up and down the coast,” he says.

After the discovery, Goff’s team reached out to marine biologists to see whether transmissible cancers were prevalent in other molluscs. In mussels (Mytilus trossulus) from British Columbia in Canada, and in cockles (Cerastoderma edule) and golden carpet-shell clams (Polititapes aureus) from the Galician coast in northwest Spain, the team found the same hallmarks of transmissible cancers: tumour cells from different individuals that shared the same genetic markers.

Two different lineages of cancers cells were found in infected cockles, which suggests that transmissible cancers emerged at least twice.

According to genetic analysis of the cancer DNA, the tumours in golden carpet-shell clams seemed to originate from another species of clam that lives in the same sea beds — the pullet shell clam (Venerupis corrugata).

“This is the first time that’s ever been seen,” says Goff. But peculiarly, Goff’s team found no signs of this cancer in the species in which it originated. It could be that the tumour wiped out vulnerable individuals in the original species, Goff suggests, and jumped to another species to find susceptible hosts.

Another mystery is how the cancer cells jump between individuals. Molluscs are voracious filter feeders, and the cancer cells floating around the ocean could make it to their bloodstream to seed new leukaemias. Tumour cells might be released when an animal dies, but Goff notes that the molluscs' faeces are also full of blood cells. "It may just be that they're pooping out these cells into the ocean,” he says.