Potential conflicts of interest among the physicians charged with revising a key psychiatric manual have not declined despite changes to the rules on disclosing ties to industry, says a study published today1.

The Diagnostic and Statistical Manual of Mental Disorders (DSM) is used to diagnose patients, shape research projects and guide health-insurance claims. The fifth edition of the manual, DSM-5, currently being prepared by the American Psychiatric Association (APA) in Arlington, Virginia, is scheduled for publication in May 2013. But some of the suggested revisions are proving to be contentious. In particular, some psychiatrists worry that the broader diagnostic criteria for selected psychiatric conditions would encroach into the realm of the normal, thereby pathologizing ordinary behaviour and expanding the market for drug prescriptions (see 'Diagnostics tome comes under fire' and 'Mental health guide accused of overreach'). 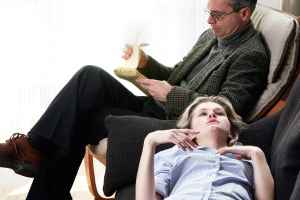 With work to revise a key psychiatric manual in full swing, conflicts of interest are in the spotlight.

In 2007, the APA established a conflicts-of-interest policy for physicians revising DSM-5 that, for the first time, called for the disclosure of financial relationships with industry. Some thought that the rules would discourage physicians with conflicts of interest from serving on revision panels for the manual. But today’s study, published in PLoS Medicine1, reports that the number of such relationships has risen — 69% of the 29-member task force in charge of the revision have such relationships, compared with 57% of the task force who carved out the previous edition.

“This is extremely problematic,” says Sheldon Krimsky, a bioethicist at Tufts University in Medford, Massachusetts, and a co-author on the paper. “For this type of document and its importance, there should be no conflicts of interest. The stakes are so high.”

According to Krimsky and co-author psychologist Lisa Cosgrove of the University of Massachusetts in Boston, the committees with the highest number of industrial links are those evaluating conditions for which drugs are the first-line treatment. For example, 83% of the panel examining psychotic disorders and 100% of the committee looking at sleep/wake disorders have ties to industry, although there is no evidence to suggest that the committee members have acted unethically.

Furthermore, the APA’s disclosure policies do not require physicians to specify the extent to which they have participated in ‘speakers bureaus’, an arrangement in which a company hires someone to give a presentation about its product. Speakers bureaus are controversial because the speaker often has little or no control over the content of the presentation, acting instead as a spokesperson for the company.

Krimsky and Cosgrove found that since 2006, 15% of the 141 DSM panel members had reported elsewhere that they had served on a speakers bureau or industry advisory board.

But the APA points out that Cosgrove and Krimsky’s analysis goes back to 2006, a year before the DSM-5 revision committees were assembled. Some team members have since shed financial ties to industry, says James Scully, APA's chief executive in a statement. “While financial conflicts of interest are a serious issue that should be an ongoing part of the dialogue, the article does not take into account the efforts by the DSM-5 Task Force and Working group members to divest themselves of relationships with the pharmaceutical industry,” he wrote.

Overall, the APA deserves praise for creating its policy, says Jennifer Neuman, an instructor in preventative medicine at the Mount Sinai School of Medicine in New York. “But there are still gaps in disclosure,” she says.

Conflicts of interest can be particularly troubling when a physician has to help establish treatment guidelines, Neuman adds. Such guidelines can set the standard of care for years to come and so can determine the market for a drug.

Last year, Neuman and her colleagues published a review2 of financial ties to industry among 288 panel members who served on 14 guideline committees in the United States and Canada between 2000 and 2010. They found that 52% had a conflict.

Nevertheless, it is unrealistic and undesirable to say that such committees should not have industry relationships, says Eric Campbell, a bioethicist at Harvard Medical School in Boston. His studies have shown that about 84% of all physicians have some sort of financial relationship with industry3. Convening committees that are absolutely free of such conflicts would be difficult, although not impossible, he says. “But not all of these relationships are the same,” he adds, noting that some research collaborations, for example, can ultimately benefit patients. “To say that these relationships are universally bad or good does not reflect reality.”

On 15 March, the APA announced that 72% of the DSM revision committees report no relationships with the pharmaceutical industry during the previous year.