Indian science is a study in contrasts. With its vast population and rapidly expanding economy, the country has ramped up scientiﬁc production at an impressive rate. India started the twenty-ﬁrst century well behind Russia, France, Italy and Canada in terms of yearly publications and it now leads them all by healthy margins. It is quickly closing in on Japan.

Despite those gains, India is not yet a major player in world science. Its publications generate fewer citations on average than do those of other science-focused nations, including other emerging countries such as Brazil and China. Relative to its size, India has very few scientists; many Indian-born researchers leave for positions abroad and very few foreign scientists settle in India. The country invests a scant portion of its economy in research and development (R&D), and it produces relatively few patents per capita compared with other nations.

But there are bright spots. India boasts several world-class centres for science education, particularly the highly regarded Indian Institutes of Technology. Businesses in the country are investing more in R&D, which bodes well for future innovation. And more women are participating in science, although their numbers still fall far below those of men. 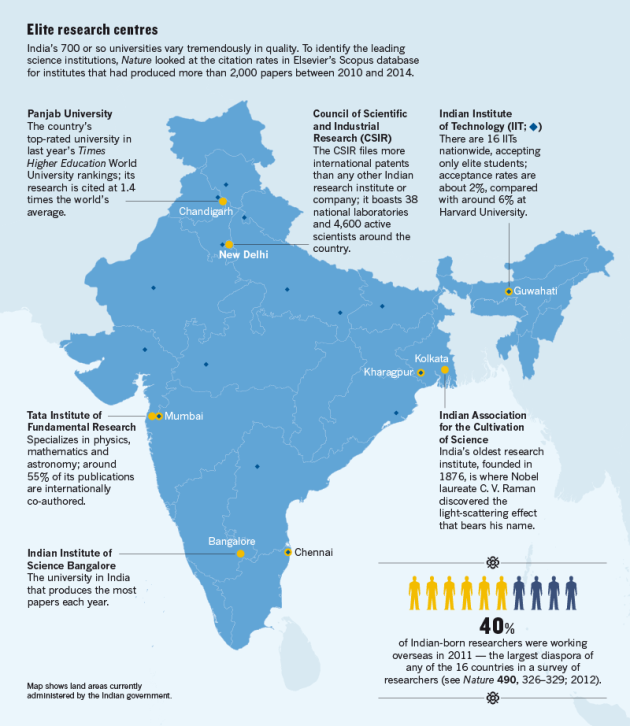 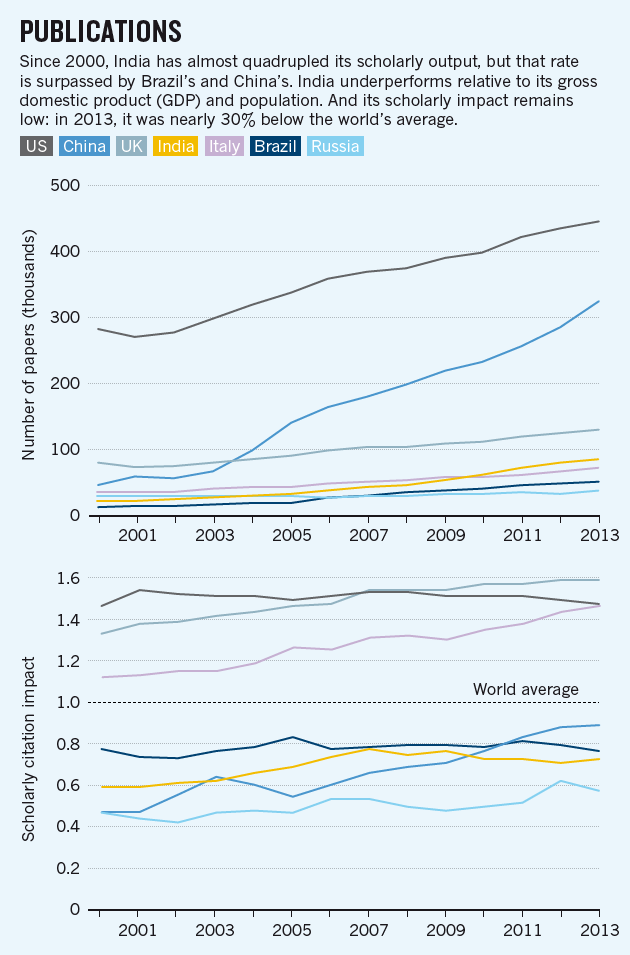 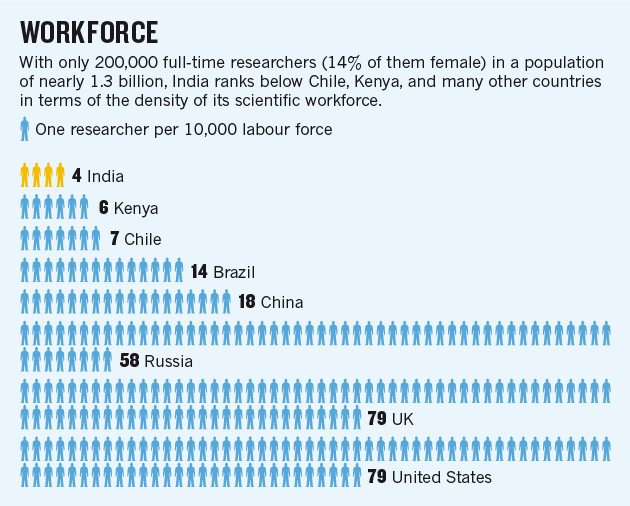 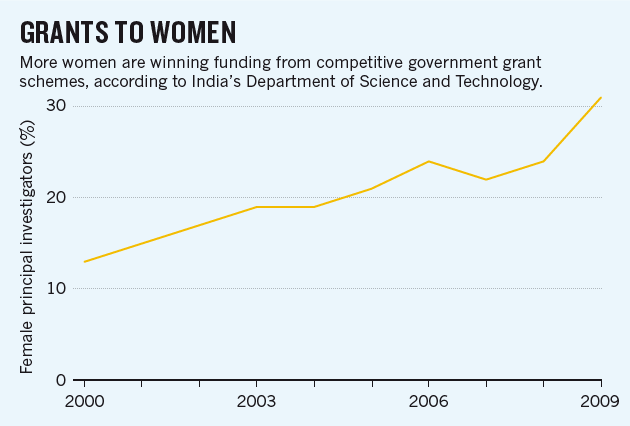 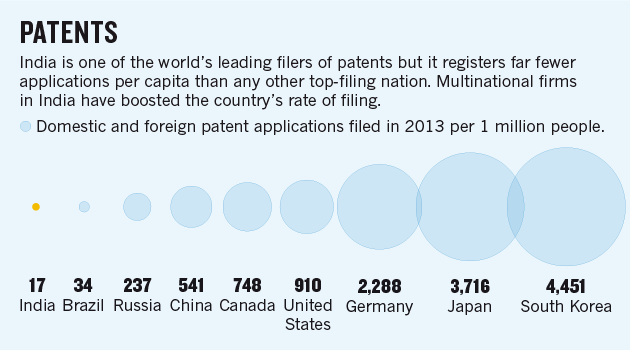 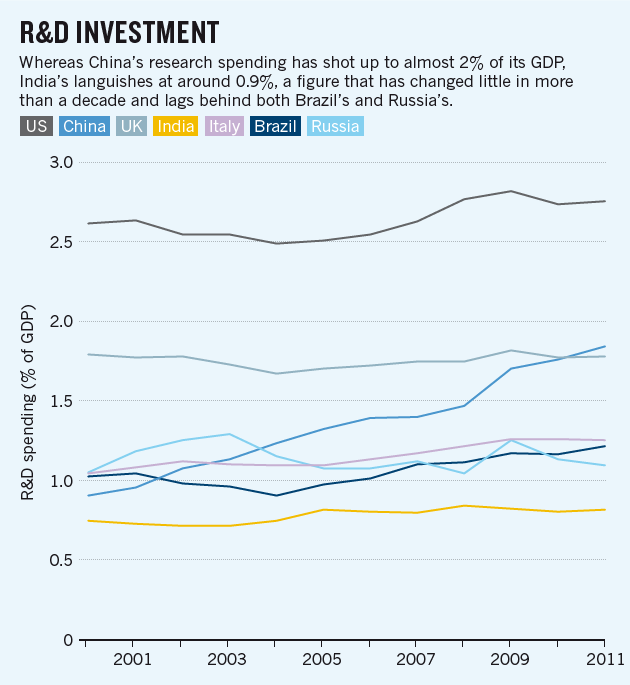 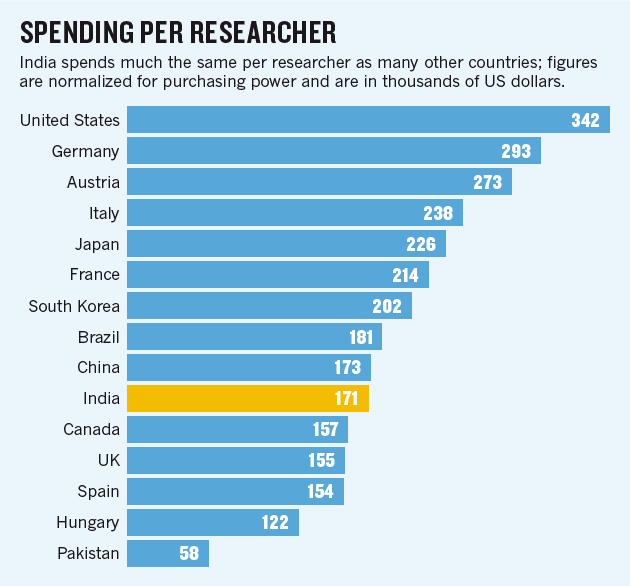 The map of India accidentally omitted the state of Meghalaya. This has now been corrected.