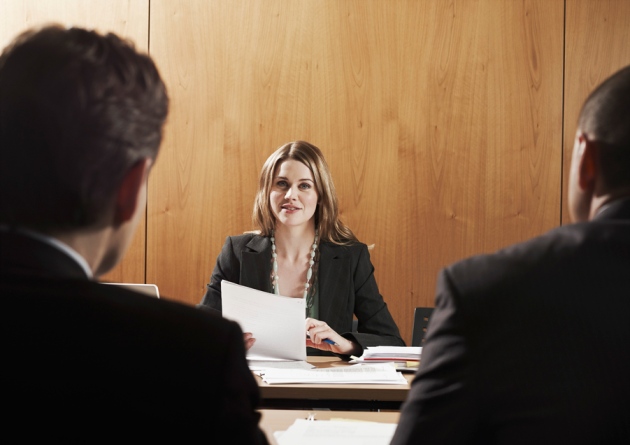 Women suffer from gender bias, two studies suggest — whether they pitch a business idea to potential investors or they seek a job that requires mathematical skills.

Gender-related bias partly explains why men are more likely than women to found start-up companies and why they hold more jobs in science-related fields, according to two studies published this week in Proceedings of the National Academy of Sciences1, 2.

In one study1, Alison Wood Brooks, a social psychologist at Harvard Business School in Boston, Massachusetts, and her colleagues showed videos of US entrepreneurial pitch competitions to experienced business investors. The investors were 60% more likely to invest in pitches presented by men than by women. What's more, attractiveness gave the men, but not the women, an advantage. This effect was independent of the investor's gender.

To rule out the possibility that the content of each pitch affected the outcome, the researchers showed 194 volunteers the same pitch video, narrated by a man or a woman and accompanied by a photograph of a sex-matched entrepreneur of higher or lower attractiveness. The volunteers were more likely to invest in pitches narrated by a man, especially if they thought he was attractive, but attractiveness did not make female entrepreneurs more competitive.

That finding surprised study co-author Laura Huang, a behavioural economist at the Wharton School of the University of Pennsylvania in Philadelphia. "We had expected that attractiveness might give females a 'premium', mainly because there is much more attention paid to females being concerned about appearance," she says.

But Madeline Heilman, a psychologist at New York University who was not involved in the study, says that attractiveness has been shown to benefit men but not women in fields historically dominated by men — and business investment is certainly such a field. The study, she adds, shows for the first time that stereotypes that other studies have shown benefit men in fields such as management and the sciences seem to operate in business investment as well.

In a second study2, Ernesto Reuben, a behavioural economist at Columbia University in New York, and his colleagues asked nearly 200 volunteers to evaluate 96 candidate pairs for a job that required skill in a maths-related task.

With no information other than the candidate's appearance, the volunteers ‘hired’ men twice as often as women. This was also the case when applicants told the volunteers how well they thought they would perform in the task, in part because the men were more likely to brag about their performance, and the women were more likely to underestimate it.

When the volunteers were told how the applicants had done in the maths task (which men and women did equally well in most cases), discrimination declined — but it didn't disappear completely. Both male and female recruiters were still more likely (about 30% more on average) to prefer the male applicants.

This suggested that the volunteers were biased against women in positions that require maths skills. Indeed, the researchers found evidence for such a bias in an ‘implicit association test’ (IAT), in which the participants showed stronger associations between pictures of men and words related to maths and science than between pictures of men and words related to the liberal arts. What's more, the stronger their gender–maths bias was in the IAT, the stronger was their tendency to prefer men in their hiring decision for the maths-related job.

To Reuben, this suggests that because people are not used to seeing women in maths-related jobs, they form a stereotype in which the two are not connected. This can create a cycle: stereotypes make it harder for women to succeed in being hired for such jobs, which could in turn discourage women from applying for the jobs in the first place.

For now, it's important to raise awareness that these biases exist and that people often don't know they have them, says study co-author Paola Sapienza, an economist at Northwestern University's Kellogg School of Management in Evanston, Illinois. She says that people should all get to know their own biases, for example by taking the IAT. She adds: "The more people learn that they have biases, the more they [will] be aware and maybe [can] unbias themselves."

Sapienza has already followed her own advice and taken the test. "I was seriously afraid that I had the [gender–maths] bias myself," she says. But she had no reason to worry — she didn't have it.