Ferocious sharks, mining in a war zone and caustic light tricks are some of the most memorable images we found in the world of science over the past month.

Light patterns known as caustics were used to create the image of a human brain as light crosses a Plexiglas silhouette of a human head. Caustics form by refraction or reflection, and can be seen at the bottom of a swimming pool, for example. Scientists at the Computer Graphics and Geometry Laboratory of the Swiss Federal Institute of Technology in Lausanne, Switzerland, produced the desired patterns of caustics using computer-controlled machining of Plexiglas.

Most of us have to deal with some of these monsters at some point in our lives, but photographer Marcus DeSieno’s unique combination of old and modern techniques shows common parasites in an entirely new light. DeSieno starts with alcohol-preserved animals, which he dries out and then images with a scanning electron microscope, with the help of technicians at the University of South Florida in Tampa. He then prints the shots and transfers them to a type of photographic plate known as ferrotype, popular in the late 1800s, resulting in these otherwordly beasts. 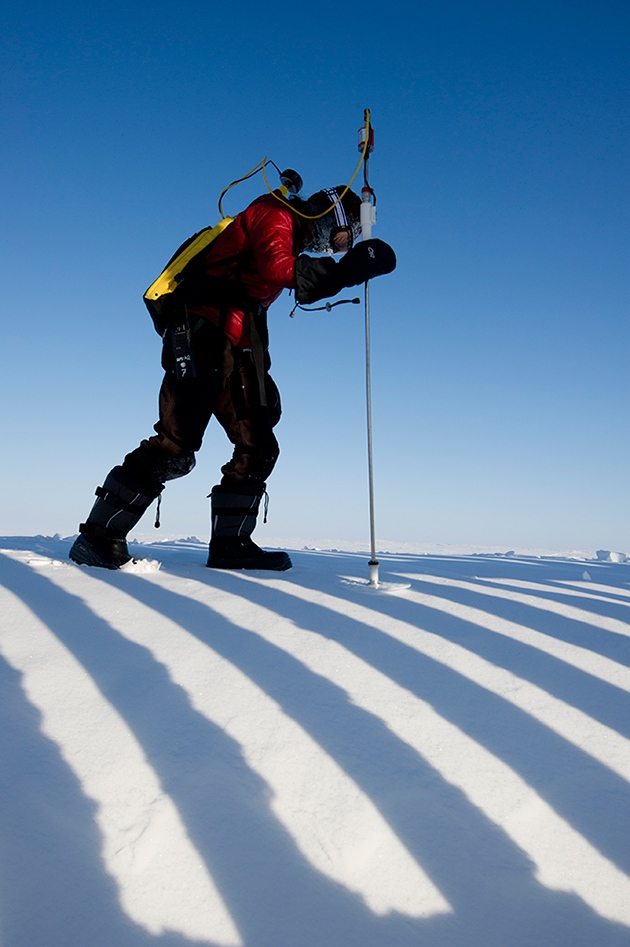 Global warming has resulted in the Arctic's sea ice covering a smaller surface area and lasting a shorter time. This also means that snow has less time to accumulate on top of the ice before winter sets in. Melinda Webster of the University of Washington in Seattle and her colleagues found that, compared to older surveys between 1954 and 1991, snow thickness had decreased between 2009 and 2013 by 37% to 56%. Here Webster samples snow depth in Barrow, Alaska. (See 'Arctic snowpack thins'.) 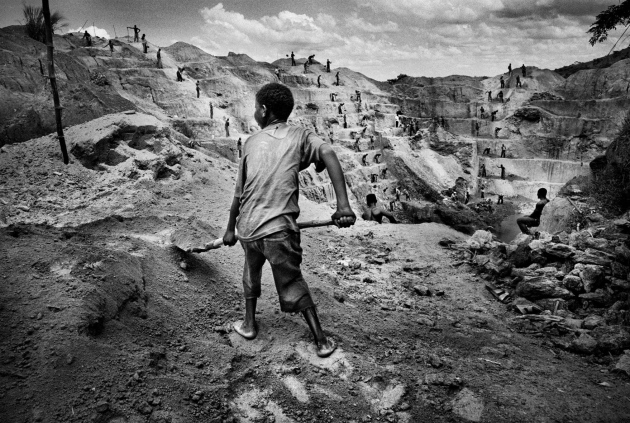 A child worker at a mine in Watsa, Democratic Republic of Congo, run by a militia. This 2004 image was part of a photographic gallery for National Geographic that earned Marcus Bleasdale the 2014 Outstanding Environmental Photojournalism award. 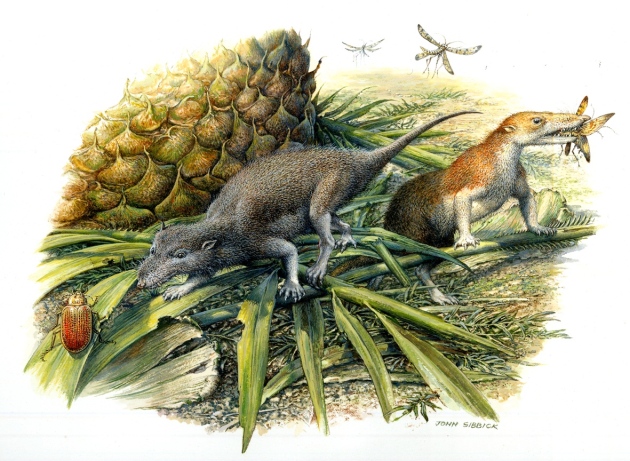 Palaeontologists have found that two genera of mammals from the early Jurassic, Morganucodon and Kuehneotherium, already had highly specialized diets, favouring harder prey such as beetles and softer foods such as scorpion flies, respectively1. 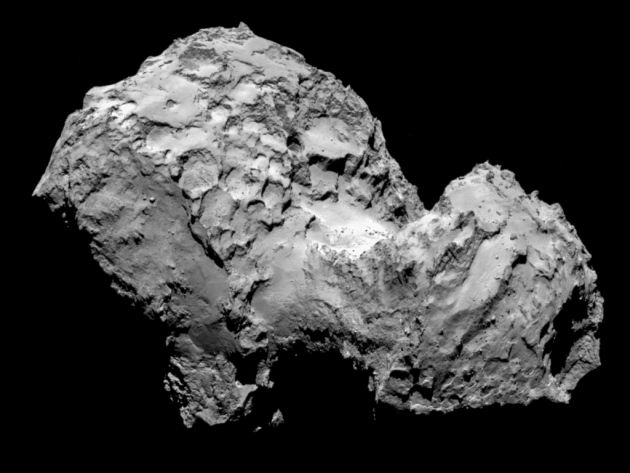 The European Space Agency's Rosetta spacecraft snapped this picture of the comet it is chasing on 3 August, from a distance of 285 kilometres (see 'Rosetta craft makes historic comet rendezvous'). The mission team is now selecting a site on the comet for a landing probe. 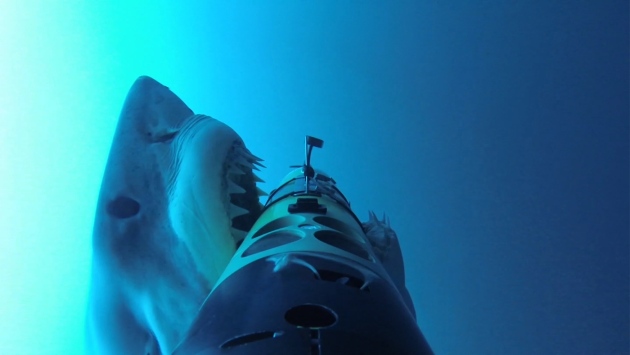 The REMUS SharkCam, operated by Woods Hole Oceanographic Institution in Massachusetts, is the first underwater robot to track and film sharks and other marine animals up close in the wild. Using its six cameras, the autonomous underwater vehicle recorded dramatic panoramic footage of great white sharks on the attack — with the hunter becoming the hunted. See video here.

After making the whole body of a rodent transparent, biologists used a microscope to create this three-dimensional image of kidney tissue. The researchers pumped chemicals through a dead mouse's circulatory system to strip the tissues of lipids, which are opaque, while keeping other cellular structures intact. (See 'Rodents made see-through'.)