Researchers’ best success stories end up in journals, but many of their less-successful ones found their way on to Twitter this week with the hashtag #FailingInSTEM. Tales of low points and often-humorous mishaps reassured others that failures can be overcome on the way to scientific success. “The #FailingInSTEM tweets are so important! It’s so comforting to know that other scientists make mistakes,” tweeted Aimee Eckert, a PhD student in cell biology at the University of Sussex in Brighton, UK.

Nicole Cabrera Salazar, an astronomy PhD student at Georgia State University in Atlanta, started the #FailingInSTEM Twitter discussion with this tweet after a friend of hers suffered a scientific setback. 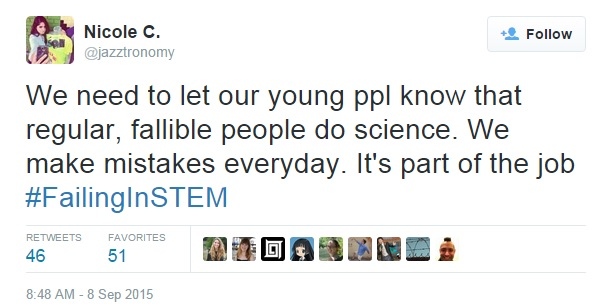 In an interview, she said her friend had recently failed an important exam as part of her physics PhD programme. “It made me think about my own failures,” Salazar says. She suspected that other young researchers could use a reminder that science isn’t all about successful experiments and flashy publications. “People don’t talk about all of the times that they broke something in a lab or got heckled during a presentation,” she says.

Some commenters shared stories of embarrassing lab blunders. Kamen Todorov, an astronomer at the Swiss Federal Institute of Technology in Zurich, tweeted:

Many researchers, including Salazar, admitted to failing certain courses before going on to earn PhDs. Meg Rosenburg, a planetary scientist at the California Institute of Technology in Pasadena, tweeted:

Reached for comment, Rosenburg says that she has moved on from that not-so-disastrous exam, which was on vibrations and waves. “I was just so ashamed of messing it up,” she says. Since then, she has reminded herself that it’s OK to occasionally feel out of her depth. “It’s alright not to know everything most of the time,” she says.

Shane Caldwell, a PhD student in biochemistry at McGill University in Montreal, Canada, also accepted failure as a part of science with this tweet: 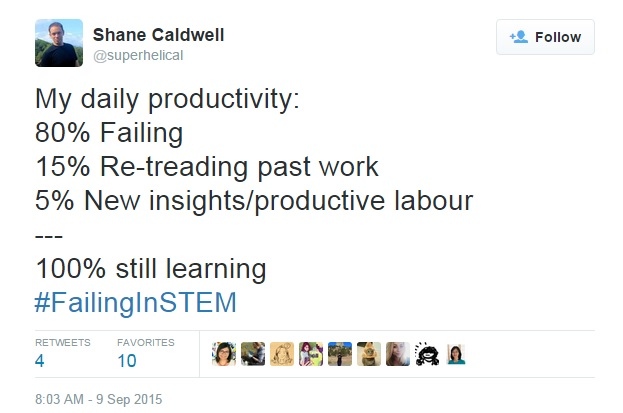 The other popular hashtag of the week, #GreatScientificNames, honoured the remarkable species names of some fantastic creatures. David Shiffman, a PhD student in marine biology at the University of Miami, Florida, started the conversation with one of his own favourites: 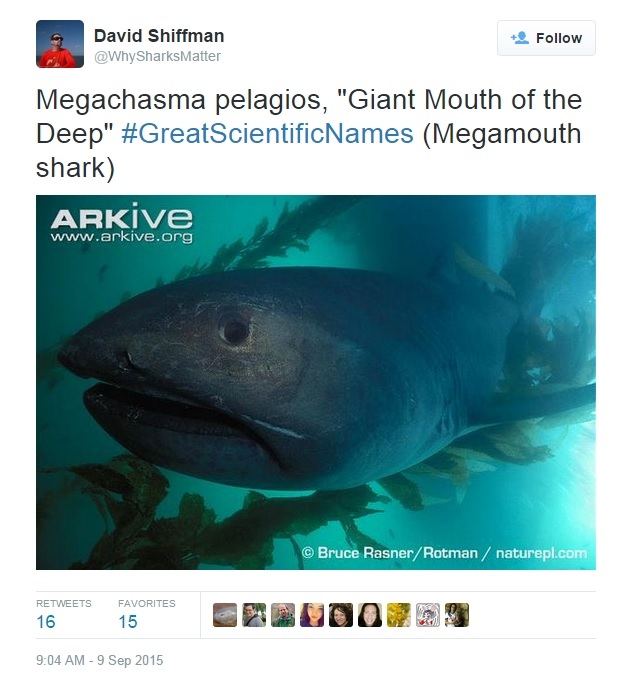 Other notable examples included a sea sponge named Spongiforma squarepantsii after a certain cartoon character, and a trilobite with the swashbuckling moniker Han solo.

David Steen, a conservation biologist at Auburn University in Alabama, contributed the Latin name for the Arizona black rattlesnake: 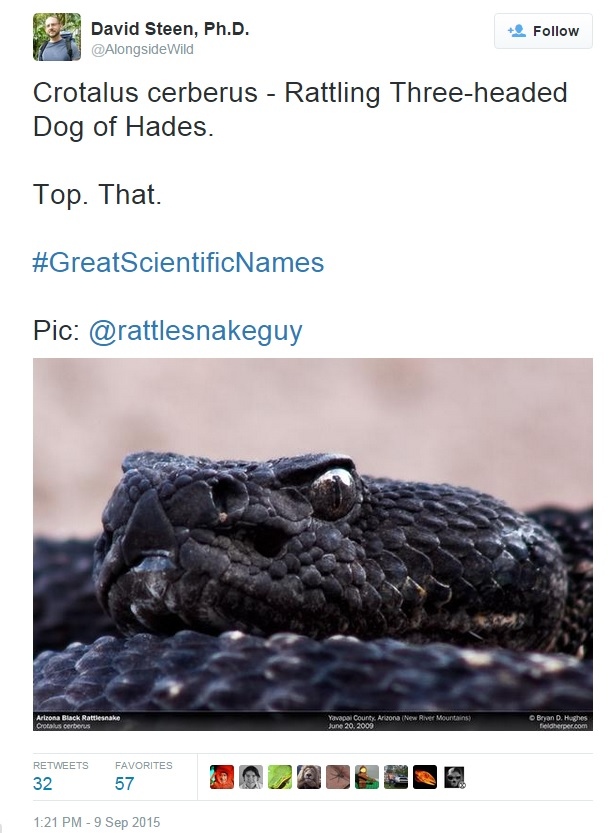 Stephen Ban, a conservation biologist in Victoria, Canada, did just that in his tweet about a dark-red creature from the deep: 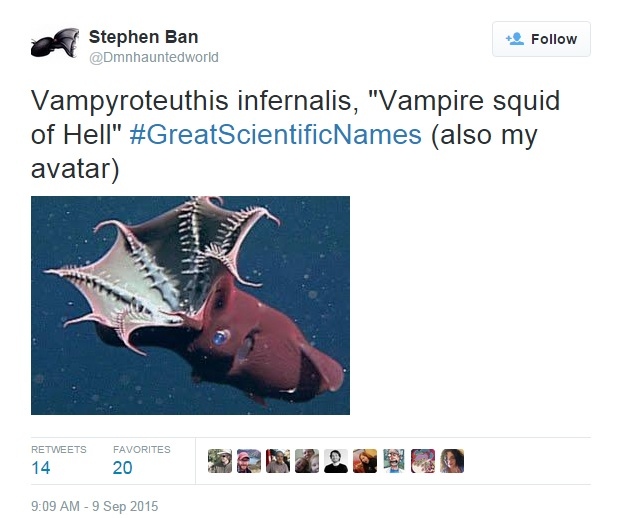 Image used with permission of MBARI