A large and international meeting on the ethics of human-genome editing is poised to begin —  and researchers are curious about how perceived differences in attitudes will play out.

“We’re hoping to sort of take the temperature of the world,” says David Baltimore, the virologist at the California Institute of Technology in Pasadena who is chairing the International Summit on Human Gene Editing. It runs 1–3 December in Washington DC. 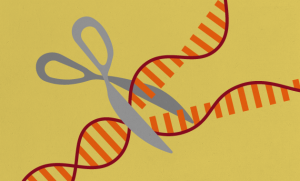 The popularity of the genome-editing tool CRISPR–Cas9, which uses bacterial enzymes to cut genomes in precise spots to disrupt or repair troublesome genes, has sparked an ethical debate — and many believe that the time is ripe for an international discussion.

In January, Baltimore and a small group of scientists gathered in Napa, California, to discuss issues surrounding genome editing, including rumours that researchers had already edited human embryos. Some consider the editing of any reproductive cell as contentious because the changes could be passed to future generations. Concerns escalated in April, when researchers in China announced that they had edited human embryos — although they had deliberately used non-viable embryos that could not result in a live birth1.

Baltimore and his colleagues then approached Ralph Cicerone, president of the National Academy of Sciences, with the idea of holding an international summit. “Everyone knew that whatever anybody did had to be inherently international,” Cicerone says. “There are really strong efforts in so many countries that could employ this new technology.”

Zhihong Xu, a plant biologist at Peking University who will represent the Chinese Academy of Sciences at the meeting, is curious about whether perceived differences in attitude — in particular between the United States and China — are real.  “I believe that this is an issue for all of us to consider seriously together,” he says.

Cicerone hopes that the meeting will illuminate any scientific, ethical and cultural differences in how countries think about genome editing — and perhaps even lead to beginnings of an international consensus on outstanding scientific questions, research priorities and ethical guidelines.

But such a consensus would only be the start of a broader discussion, Cicerone cautions. Eventually the health industry, disease lobby groups, members of the public and governments of the many nations involved, will need to feed into decisions. “As much work as we’ve put into this meeting,” Cicerone says, “it really is only a first big step.”

Read more: 7 facts about genome editing ahead of international summit