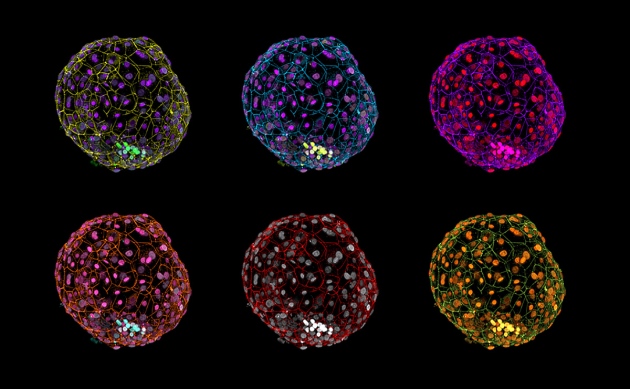 Advances in culturing human embryos (shown here) could reignite ethical debate on the duration of such experiments.

Developmental biologists have grown human embryos in the lab for up to 13 days after fertilization, shattering the previous record of 9 days. The achievement has already enabled scientists to discover new aspects of early human development, including features never before seen in a human embryo. And the technique could help to determine why some pregnancies fail.

The work, reported this week in Nature1 and Nature Cell Biology2, also raises the possibility that scientists could soon culture embryos to an even more advanced stage. Doing so would raise ethical, as well as technical, challenges. Many countries and scientific societies ban research on human embryos that are more than 14 days old; in light of this, the authors of the studies ended their experiments before this point.

Scientists have well understood the earliest stages of life in many other animals for decades. “It’s really embarrassing at the beginning of the twenty-first century that we know more about fish and mice and frogs than we know about ourselves,” says Ali Brivanlou, a developmental biologist at the Rockefeller University in New York City and lead author of the study in Nature. “This is a bit difficult to explain to my students.”

Magdalena Zernicka-Goetz, a developmental biologist at the University of Cambridge, UK, and her colleagues developed the culture technique using mouse embryos. Many scientists have attempted to simulate conditions in the womb by growing embryos on a layer of maternal cells, but Zernicka-Goetz’s group chose instead to use a gel matrix with higher levels of oxygen. The mouse embryos survived past gastrulation — the stage at which they form layers of cells that will become organs3. “It’s incredible to look at,” Zernicka-Goetz says.

In Nature Cell Biology, she and her colleagues describe how they adapted the technique to work for human embryos donated by an in vitro fertilization (IVF) clinic2. Zernicka-Goetz and Brivanlou tracked the embryos’ progress by comparing the genes that they expressed with those expressed in other animal embryos at similar stages1. The scientists were able to evaluate the embryos’ structural development using data from a 1956 study in which researchers examined embryos found in women undergoing hysterectomies and other procedures4.

The teams watched as the cells in the embryos began to differentiate — and reveal features that are unique to human development. For instance, Brivanlou and his colleagues have identified a group of cells that shows up in the embryo around day 10 and disappears around day 12.

The scientists don’t yet know the function of the cell cluster, which, at its peak, forms 5–10% of the embryo. But it seems to be a transient organ, akin to the tails that human embryos grow much later in development and then lose before birth. “This is like discovering a new organ in your body,” Brivanlou says.

The culture method has also revealed vast differences between the genes expressed in human and mouse embryos, which suggests that rodents may not be good models for understanding human development.

The culture technology is likely to be of broad interest to scientists. Martin Pera, a stem-cell researcher at the University of Melbourne in Australia, says that studying embryos in vitro could help researchers who are trying to grow stem cells into embryo-like structures to judge the accuracy of their work.

Once that feat is achieved, scientists could use these structures to conduct larger and more-complicated experiments to explore topics such as the development of birth defects or the effects of toxic compounds.

“We know more about fish and mice and frogs than we know about ourselves.”

The fertility industry could also benefit from new in vitro technology. Norbert Gleicher, head of the Center for Human Reproduction, an IVF clinic in New York City, notes that about 50% of embryos that implant into a mother’s uterus do not survive. Studies of embryos in vitro could help researchers to understand what goes wrong in such cases. “The implantation process is a big black box for us clinicians,” says Gleicher, who has collaborated with Brivanlou. Gleicher was not involved in the latest work, but he is beginning to use the in vitro culture method to study how to evaluate the viability of embryos for implantation in IVF clinics.

The ability to grow an embryo in vitro for 13 days raises ethical and policy considerations. At least 12 countries, including the United Kingdom, bar scientists from working with embryos older than 14 days. The US government drew up guidelines suggesting the limit in 1979, on the basis that 14 days marks the beginning of gastrulation in humans. It is also around the latest point at which an embryo can split into identical twins. After this time, the logic goes, a unique individual comes into being.

Zernicka-Goetz and Brivanlou doubt that their embryos would survive much beyond the 14-day mark, because work in mice suggests that more-developed embryos need an unknown mix of hormones and nutrients from the mother to survive. To develop further, the embryos might also require a 3D scaffold to grow on, rather than the flat plates used in the initial tests. To learn more, the researchers are beginning to run experiments with embryos from non-human primates and from cows.

But their achievements in the lab may be grounds for re-examining the limit, says George Daley, a stem-cell researcher at Children’s Hospital Boston in Massachusetts. He says that it is somewhat arbitrary. Such a debate would be complex and heated, and it could reach beyond researchers working directly with human embryos. If scientists succeed in growing stem cells into embryo-like structures, it could be difficult to determine whether the structures count as embryos, and thus are subject to the 14-day rule5. “It’s an interesting ethical discussion we’ve got ahead of us here,” says Pera.

However it plays out, Brivanlou says that the new technology will give developmental biologists plenty to work on. “Every hour as we move forward in development is a treasure box for me,” he says.

This story wrongly characterized the US 14-day restriction on in vitro growth of human embryos as a law — it is a guideline.The text has been corrected to reflect this.